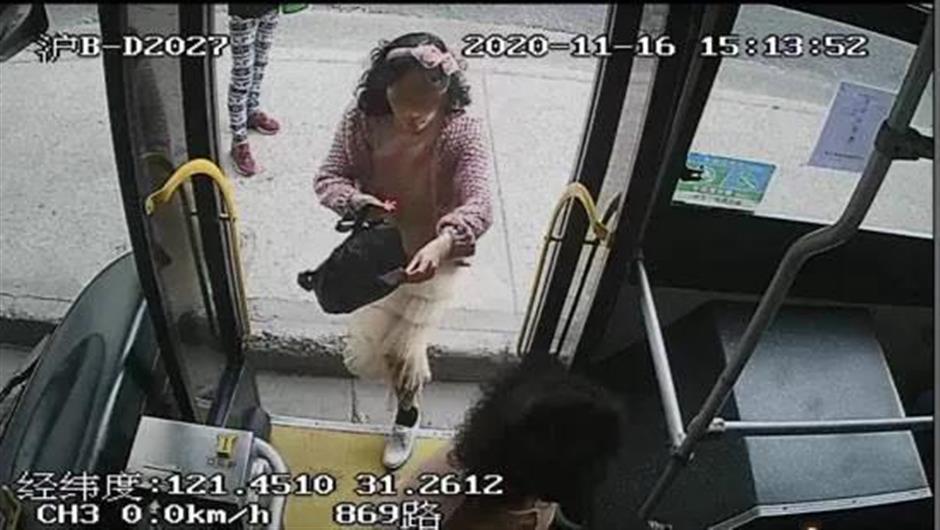 The woman gets on bus 869 without wearing a mask on November 11.

A woman was taken away by the police after refusing to wear a mask on bus on Monday.

Yan Zhiping, the driver on route 869, said the woman got on the bus with her mother at Zhongshan Road N. and Gonghexin Road Station at around 3pm.

She put on her mask after he reminded her , but took it off as soon as she boarded. Other passengers complained about her behavior.

After several attempts to persuade her to put on her make, Yang called the police.

Police took her away to talk to her and she was later released after admitting her error.

Yan was praised in online comments for his actions to ensure the health of the public.

Health measures in the city were tightened recently due to report of a coronavirus case in the Pudong New Area last week.

Police said people should wear masks on public transport as well as in taxis. Drivers can refuse to carry anyone disobeying the rule.