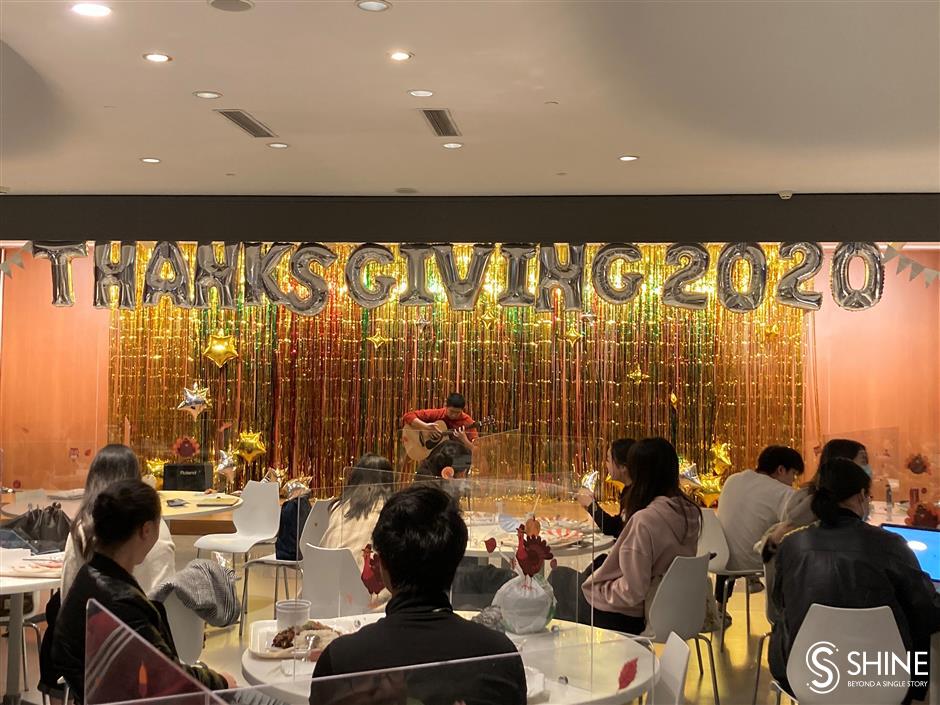 A student performs during the NYU thanksgiving party on Thursday.

New York University Shanghai celebrated Thanksgiving with students and staff on Thursday evening, joined by some of its international students back on campus after quarantine.

Celebrations have been held throughout the week, during which free Thanksgiving meals were provided for the first time.

Tong Shijun, NYU Shanghai chancellor, said the holiday had brought everyone together as a family amid the pandemic.

“The sense of unison and solidarity is particularly strong during this special time,” said Tong. “We all play different roles in this family to support one another.”

Tong said the school will continue with its stringent health policies to ensure the safety of students and staff. 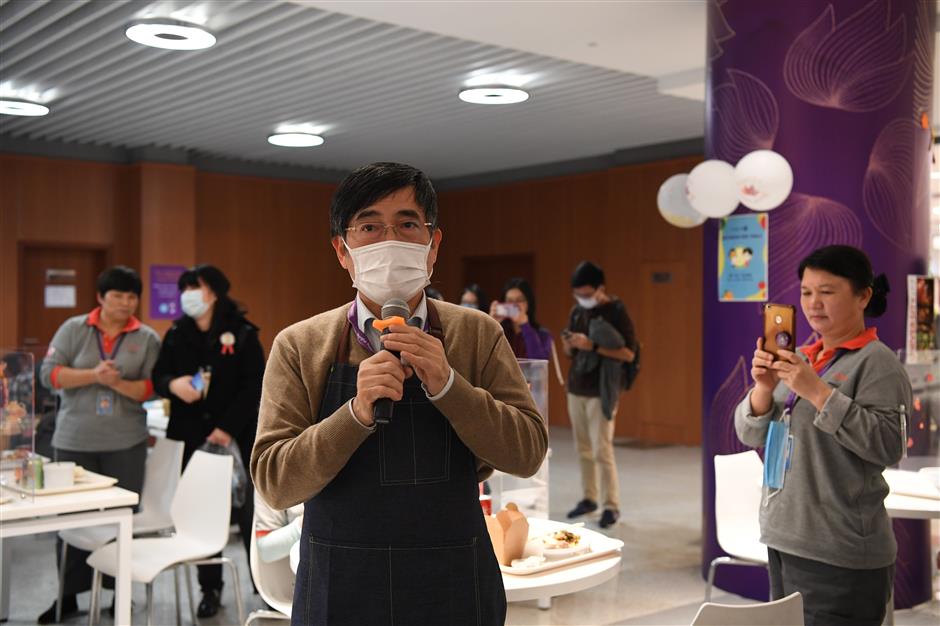 In October, international students were allowed to come back to Shanghai to start their school life.

They had to undergo a two-week quarantine at designated places plus a week's self-monitoring.

The school said about 30 international students had completed their quarantine and health tests, while another 80 were still in various stages of quarantine.

Sophia Alfred, a freshman from Washington D.C. who returned on Monday, said the journey back to school was not a cinch.

Unlike most of her fellow schoolmates who were quarantined in Shanghai, she did hers in Xiamen in Fujian Province after flying to Korea first and being stuck there for two days.

With no food provided by her quarantine hotel, she had to ask help from Chinese friends to order takeout since she didn't have online payment organized.

Neither could she get the same assistance from the school as her friends in Shanghai did, such as delivery of a router. 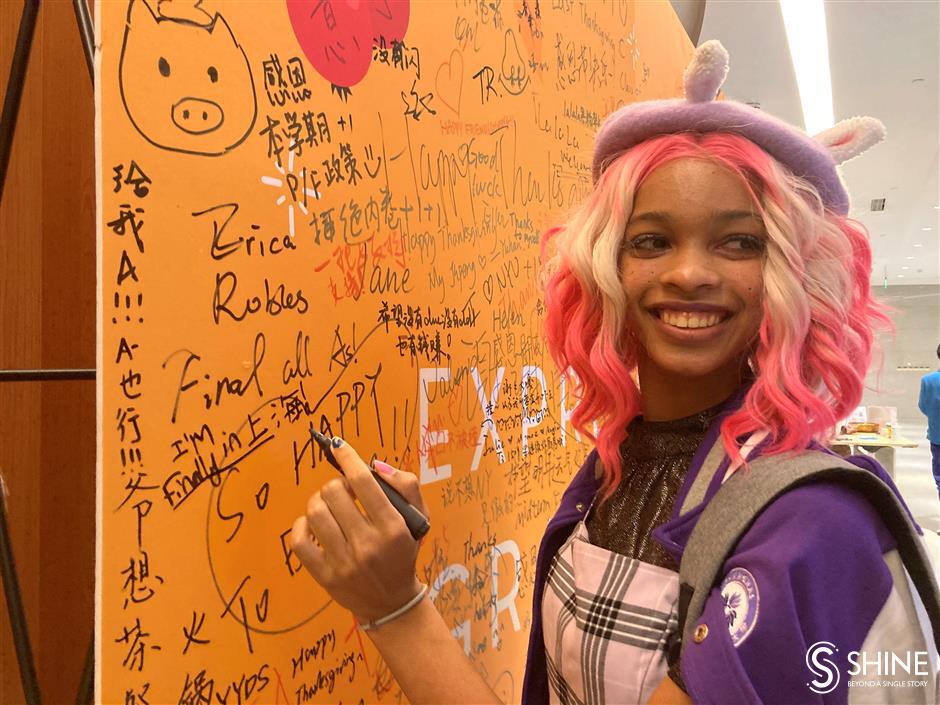 Sophia said they supported each other during quarantine on WeChat.

“People in this WeChat group were who I talked to the most at that time, because we understood the feelings and frustrations through the course,” she said.

“But it’s worth it just to come back to school, as I could finally catch up with my study instead of taking online courses and meet friends.”

William Lord, also from Washington, was also a freshman who took his quarantine at the Tongmao Hotel across the campus.

“The quarantine was OK, as we were allowed to go out in the last week, but the previous visa application and health test were pretty stressful.”

It was Lord’s first time leaving his home country on his own. Having been learning Chinese for seven years, he said he was looking forward to studying in Shanghai.

“As soon as they offered an opportunity, I was going to come and attend classes and use the facilities," he said.

Stephanie Anderson, a sophomore from the US majoring in interactive media arts and international relations, ended her quarantine a day ago.

“I felt grateful to be able to enjoy the Thanksgiving gathering. My family and friends in the States are not supposed to meet technically, as the situation there is still serious,” she said. 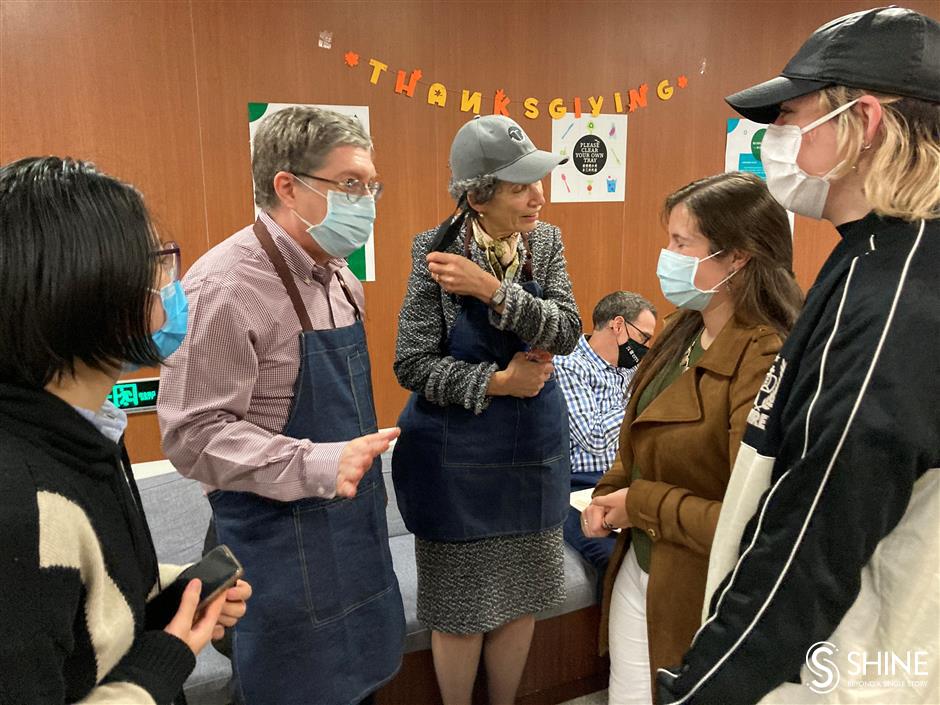 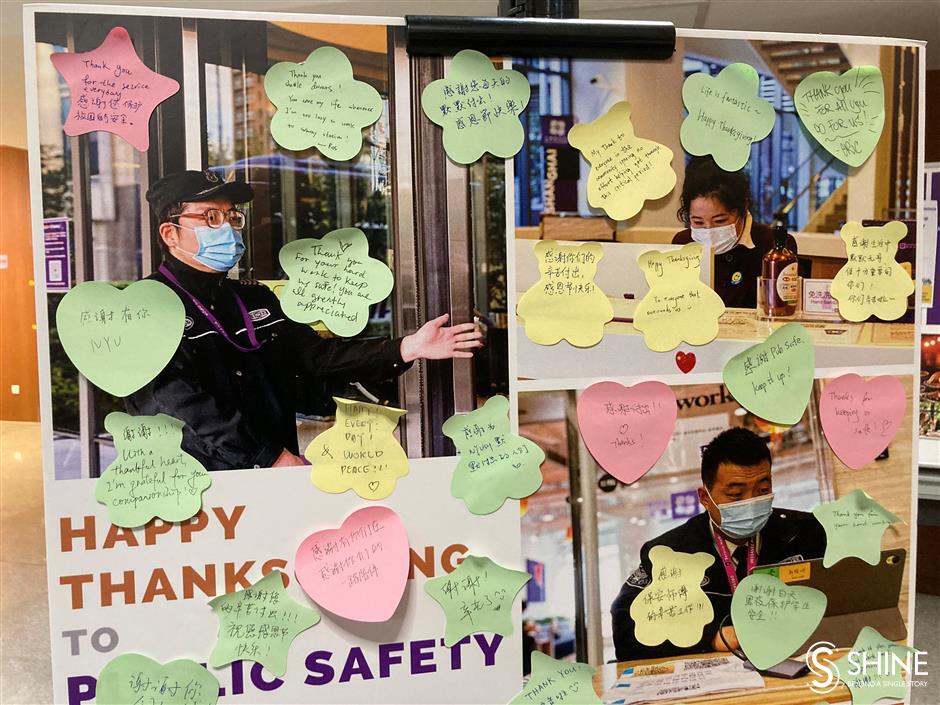 Students express their gratitude for school staff on a picture wall. 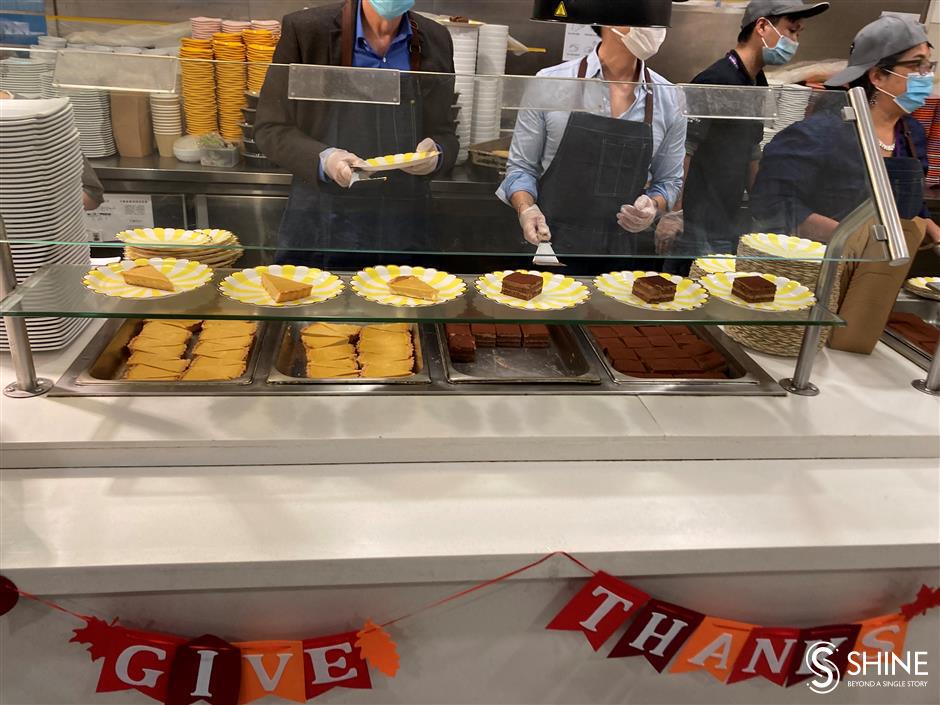 Pumpkin pies and chocolate mousse are served at the party. 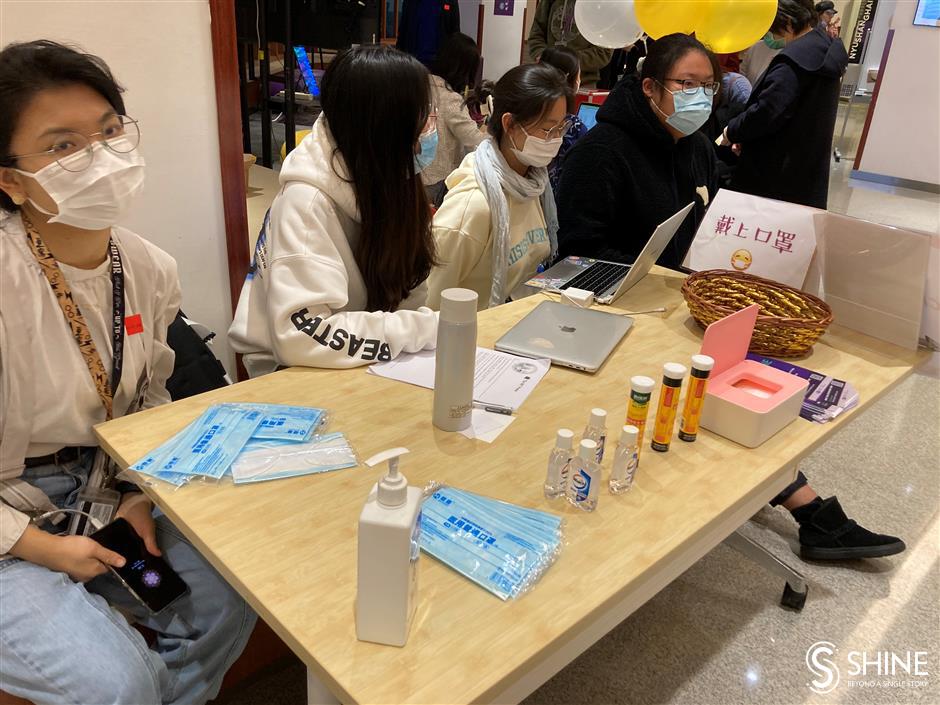 Student volunteers provide sanitizers and masks at the event.