Potato Auntie with her truck of potatoes. 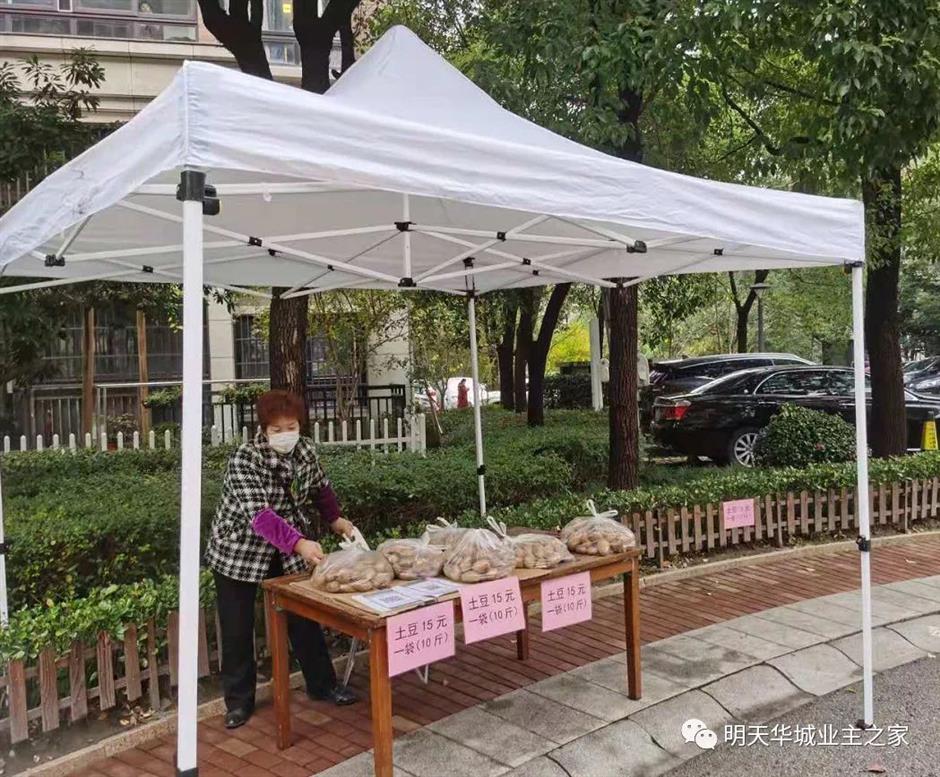 For Potato Auntie, a lockdown winter wasn't as cold as it might have been, thanks to her community standing by her.

Potato Auntie, as she’s affectionately known, lives with her family in the Mingtianhuacheng residential complex in Zhoupu Town in the Pudong New Area.

The discovery of two COVID-19 cases last week prompted the community to quarantine all residents for 14 days from November 20, not long after her husband had driven home a truck laden with four tons of potatoes.

“We had planned to sell the potatoes in Chongming District the next morning. Unexpectedly, after we finished dinner, we saw a group of medical workers in white protective outfits downstairs,” she said. “That night, our community was listed as a medium-risk area, and a lockdown was imposed.”

It was a huge blow as the family relies on the potato trade to make a living.

“Medical expenses have cost us more than 2 million yuan (US$304,000) and we managed to survive by selling potatoes,” she said. “In particular, there has been a run of rainy days and potatoes could easily sprout.”

The community responded to her plight, allowing her to set up a stall near the entrance to the residential complex, and business has been brisk.

“Some neighbors bought tens of bags of potatoes and some helped me promote sales,” Potato Auntie said. “They said they were supporting me. I’m really touched.”

Residents bought nearly half of her potatoes and, on Monday, the township government said several local government department canteens had agreed to buy the rest after quarantine ends.

Community residents have been tested twice so far, with all results negative. A third round will take place on December 2 and if they are negative lockdown will end, the township government said.