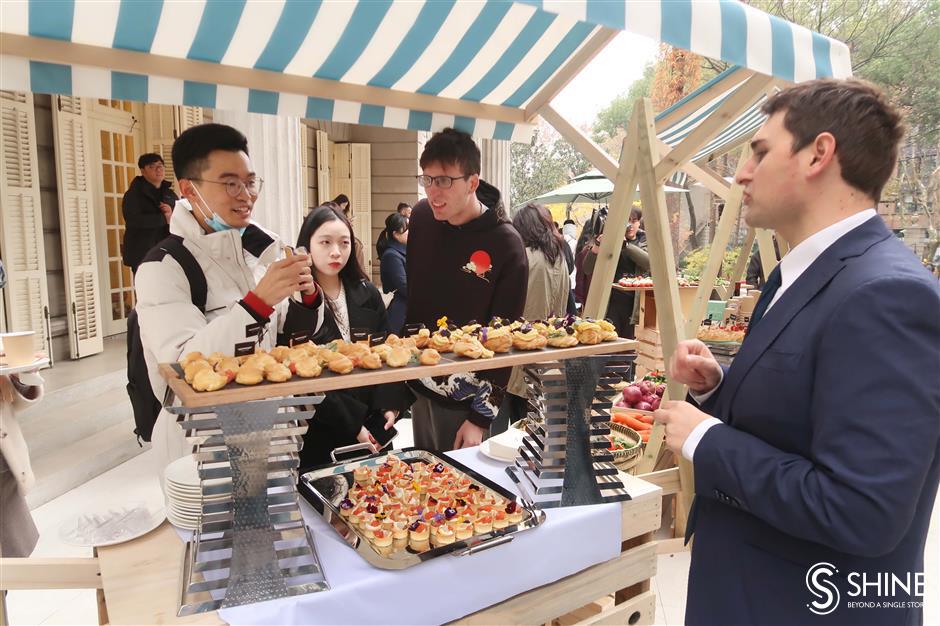 People enjoy the snacks made of ingredients, such as eggs and tomatoes, from poverty-stricken areas assisted by Shanghai’s districts on Friday at the Bai Mansion in Xuhui District during the “iDEAL Dining: Eating Out and Helping Out” ceremony.

During the “iDEAL Dining: Eating Out and Helping Out” ceremony on Friday, 37 awards for public welfare were presented at the Bai Mansion in Xuhui District.

Guided by the Information Office of Shanghai Municipality, the event was hosted by Shanghai Daily in cooperation with Shanghai Rural Commercial Bank.

Individuals and enterprises, including international companies, communities and schools, were rewarded for their achievements in supporting remote areas and promoting their agricultural produce. 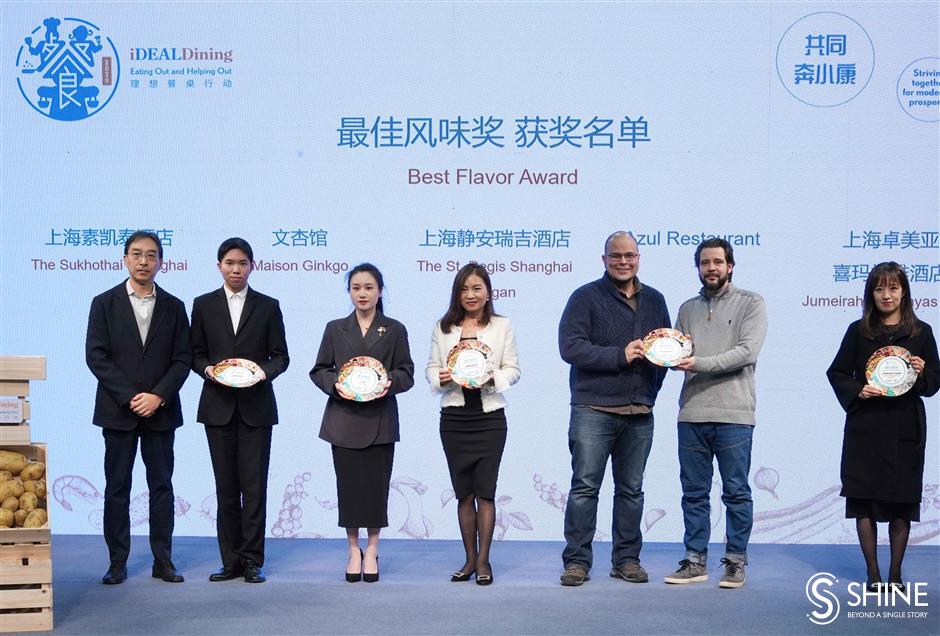 Restaurants and hotels are awarded for the delicious food on their special menus making use of ingredients from poverty-stricken areas assisted by Shanghai’s districts on Friday.

For example, a vegetarian menu has been launched by lighting company Signify and the Park Hyatt Shanghai hotel. The ingredients, including lettuce and tomatoes, were grown using an intelligent lighting control system which can help raise vegetables and animals in areas where the temperature, light and soil are limited.

The system can also reduce water consumption by 90 percent and increase output by 20 percent.

“Ideal dining should be healthy and sustainable,” said Xiao Dan, head of integrated communications at Signify. “A sustainable way of farming based on creativity and technology is important to eliminate poverty.” 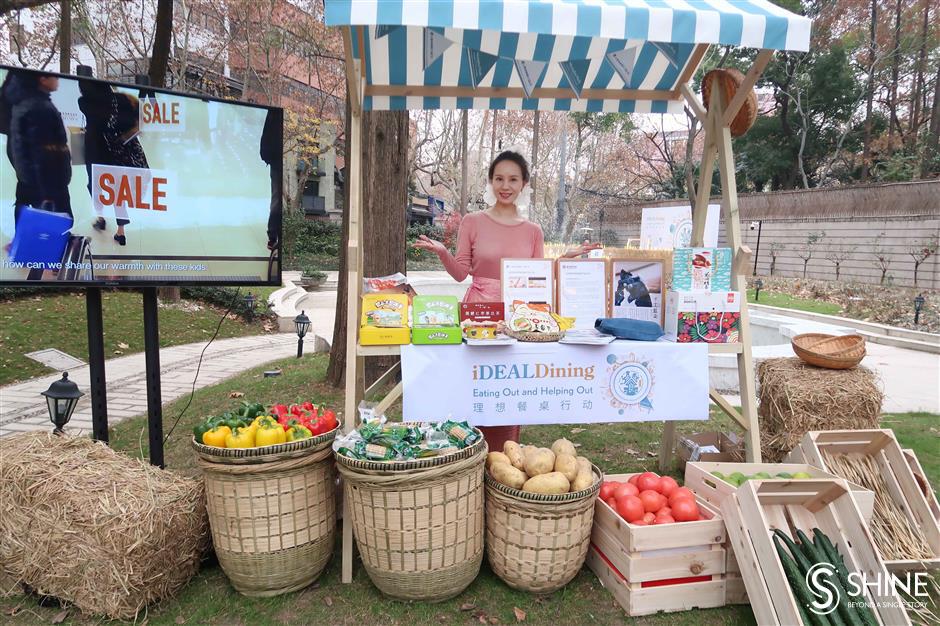 Ingredients from poverty-stricken areas assisted by Shanghai’s districts are shown at the Bai Mansion.

“With the limited resources available, we have to figure out how to produce food with more sustenance,” said Li Fangfei, head of communications of Evonik Asia Pacific North, which organized an “iDEAL Dining” painting competition. “It is necessary to pay attention to what the animals eat in a scientific and environmentally friendly way.”

The “iDEAL Dining” public welfare project, launched by Shanghai Daily in June, aims to support Chinese farmers and back the central government’s drive to eliminate poverty and build a moderately prosperous society by the end of the year.

Until December 31, residents can enjoy the special menus at hotels and restaurants taking part in the project, including Hyatt, Marriott AccorHotels. 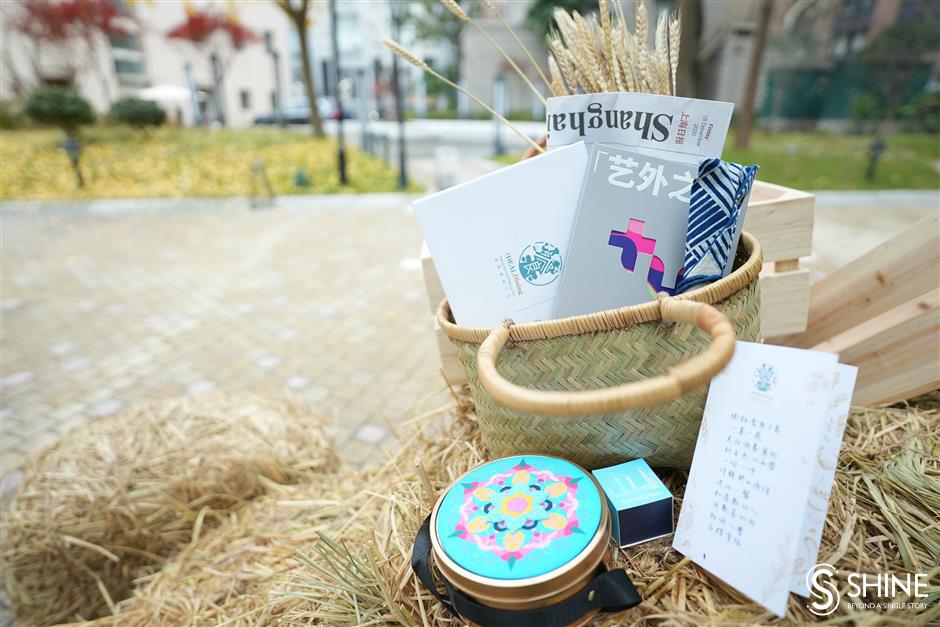 A special gift, featuring a handmade bamboo basket, grains and biscuits from poverty-stricken areas, is prepared for the award winners and guests.