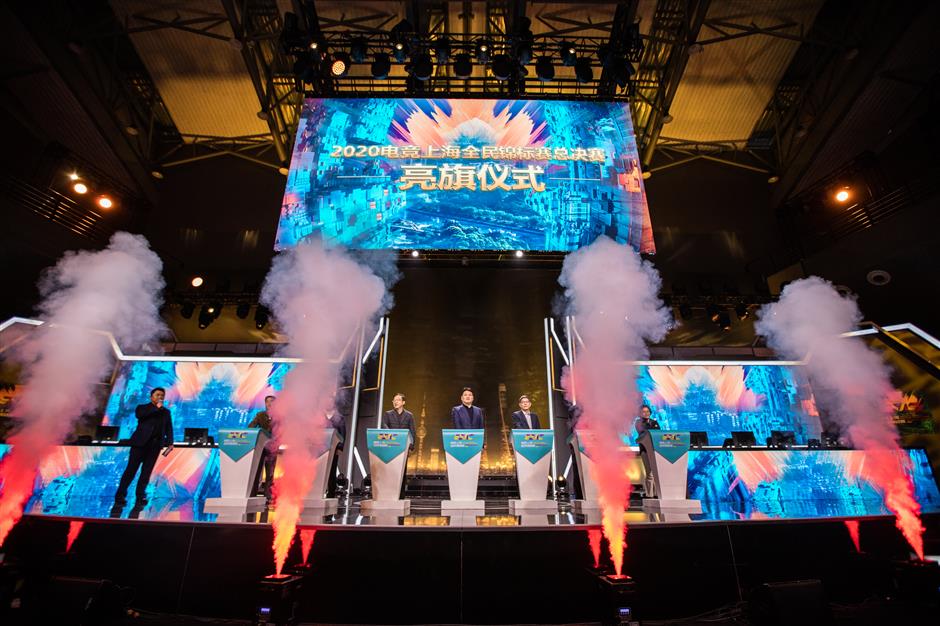 Officials launch the final competition of the eSports Shanghai Amateur Championship in Putuo District on Saturday.

The final competition of the city’s first amateur eSports contest was held over the weekend in Putuo District.

Four teams fought for the final championship on the most popular computer and mobile MOBA (Multiplayer Online Battle Arena) games, "League of Legends" and "Honor of Kings" at the Electronics Sports Park on Saturday and Sunday.

With a total of 200,000 yuan (US$30,605) up for grabs, the eSports Shanghai Amateur Championship encourages players and teams from both home and abroad to participate. It is part of the 3rd Shanghai Citizens Sports Meeting.

The 48-day event held both online and offline aims to meet citizens' demands to participate in high-quality eSports games and help create a more attractive environment for the eSports sector, said the Putuo District Culture and Tourism Bureau, one of the organizers of the event.

Since the online application was launched on November 3, more than 500 electronic sports teams applied to take part in the contest, which officially launched its offline knockout matches on November 21. All matches are livestreamed online.

Sixty teams were later selected from the 500 to fight for the final championship at Changfeng Joy City. The winning teams have fought in the atrium of the shopping complex, with their competition live broadcast on a large screen.

"The championship marks that the eSports games once popular among a small group of people have become a recognized sport among citizens," said the leader of the NCR team from Kunshan in neighboring Jiangsu Province.

"We hope the eSports spirit will be promoted through the event." 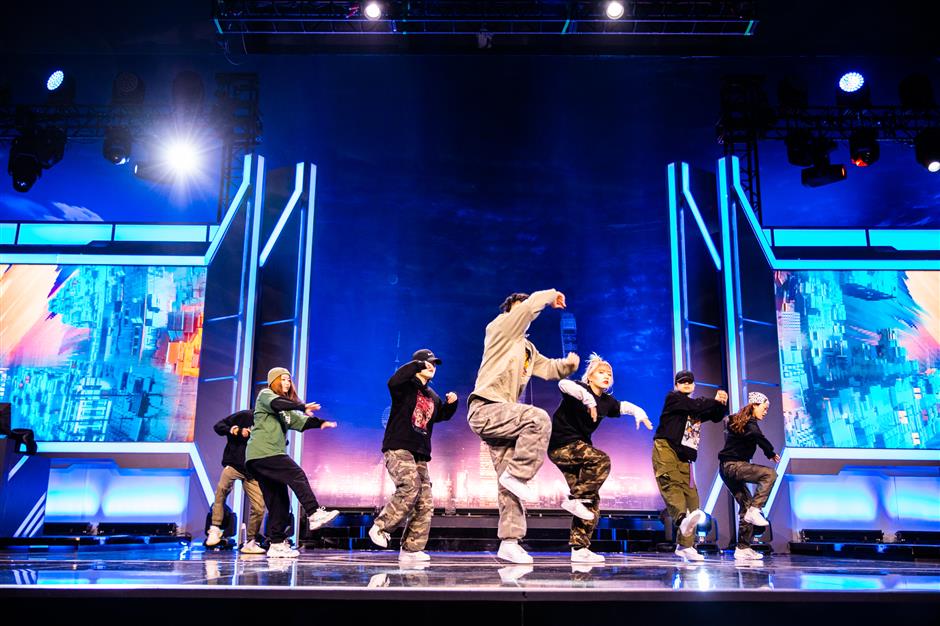 Dancers perform ahead of the final competition. 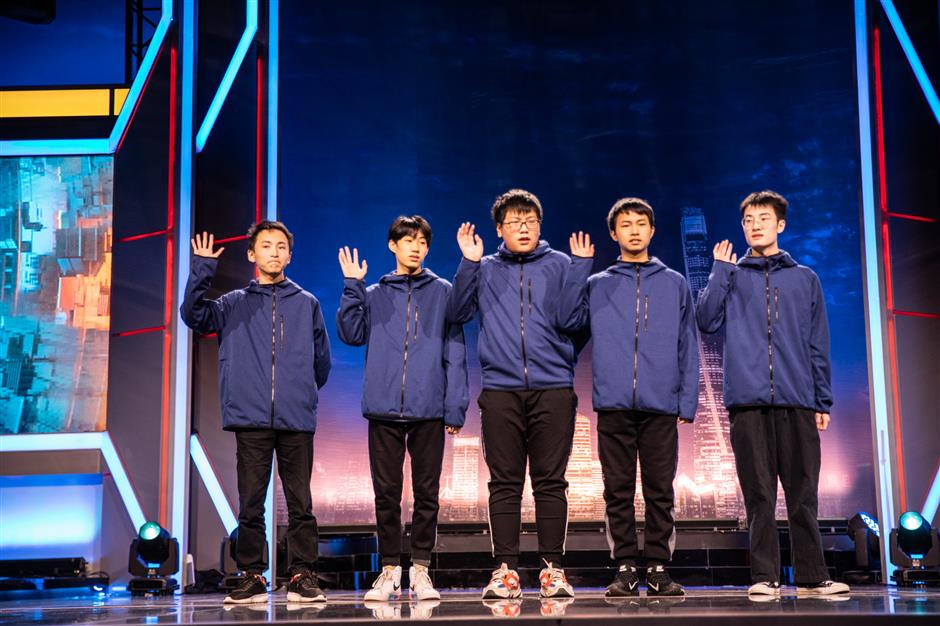 A team greets the audience at the Electronics Sports Park on Saturday.

The ESP eSports Experiencing Center, officially opened on May 28, covers 36,000 square meters in Putuo’s Changfeng business district. The East China contest of the King Pro League will be held in the center. The eSports center is expected to host more than 350 games a year.

The value of Shanghai's eSports sector is expected to reach 19 billion yuan this year, according to the Shanghai eSports Association.

Putuo has made eSports one of its key industries, the bureau said, to serve the city’s ambition to become a global eSports capital.

Several other key eSports venues have been developed in Putuo, such as the IMBA eSports center at Global Harbor Mall, the biggest downtown shopping mall, and an eSports Internet bar at Huxi Workers’ Cultural Palace. 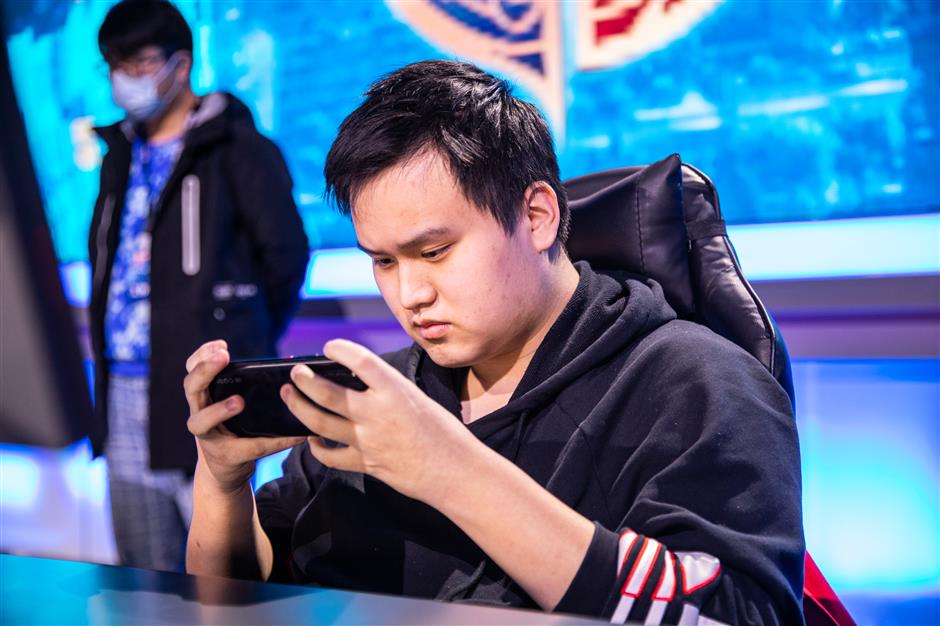 A player competes in the final competition of the eSports Shanghai Amateur Championship. 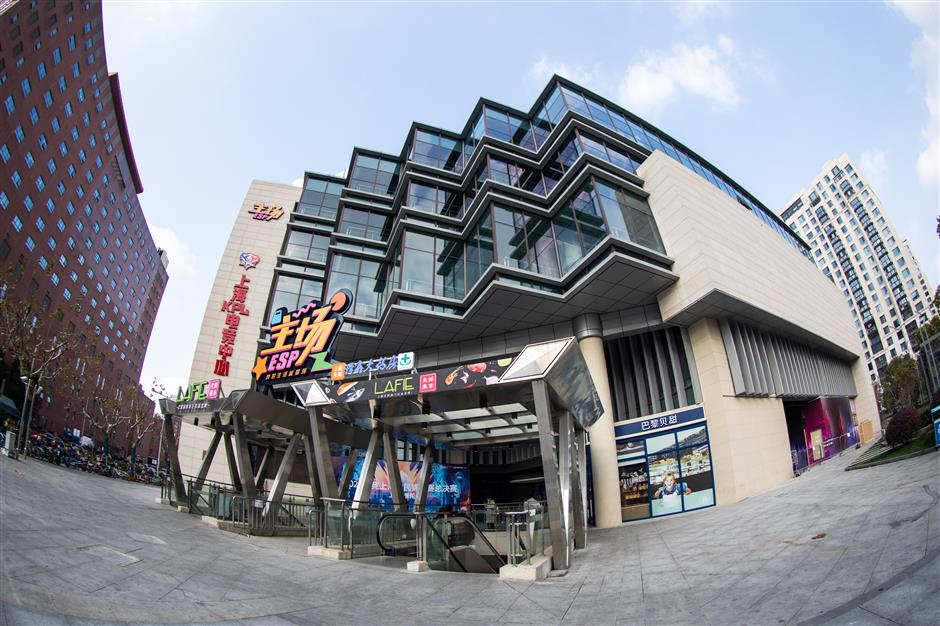