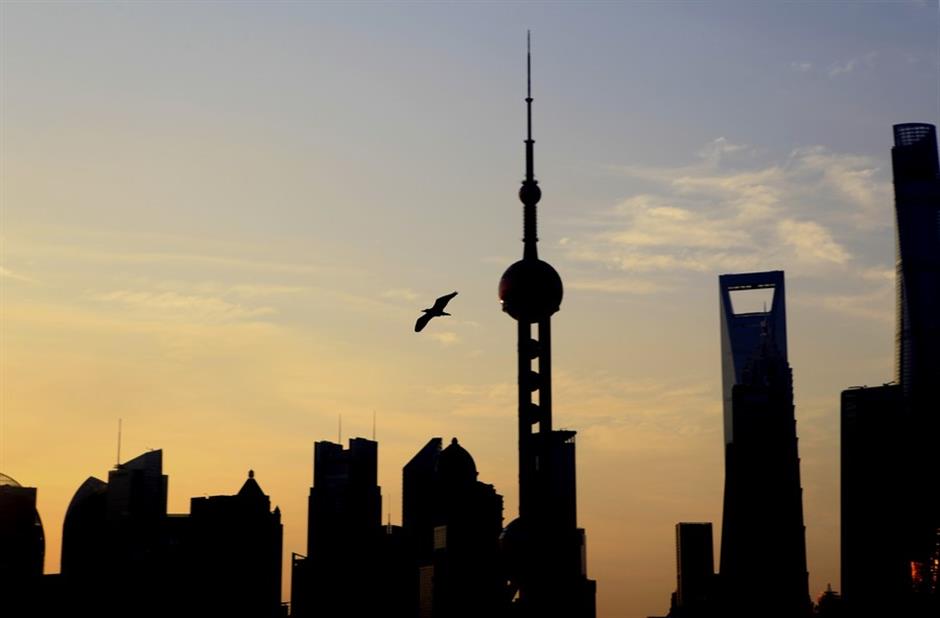 Skyscrapers are silhouetted at sunrise in this photo taken from the Bund in east China's Shanghai on September 13, 2020.

Shanghai plans to build a new landmark 480-meter-tall building on the North Bund, the extended shoreline of the Bund, local authorities said.

The plot of land planned for the high-rise building has officially entered the pre-application procedure for the transfer of state-owned construction land, according to the Hongkou District government in Shanghai.

The new building on the west of Huangpu River and north of Suzhou River is planned for commerce and office use with a total above-ground floor area of about 350,000 square meters.

The building will drive the development of high-end industries and be home to the headquarters of global enterprises.