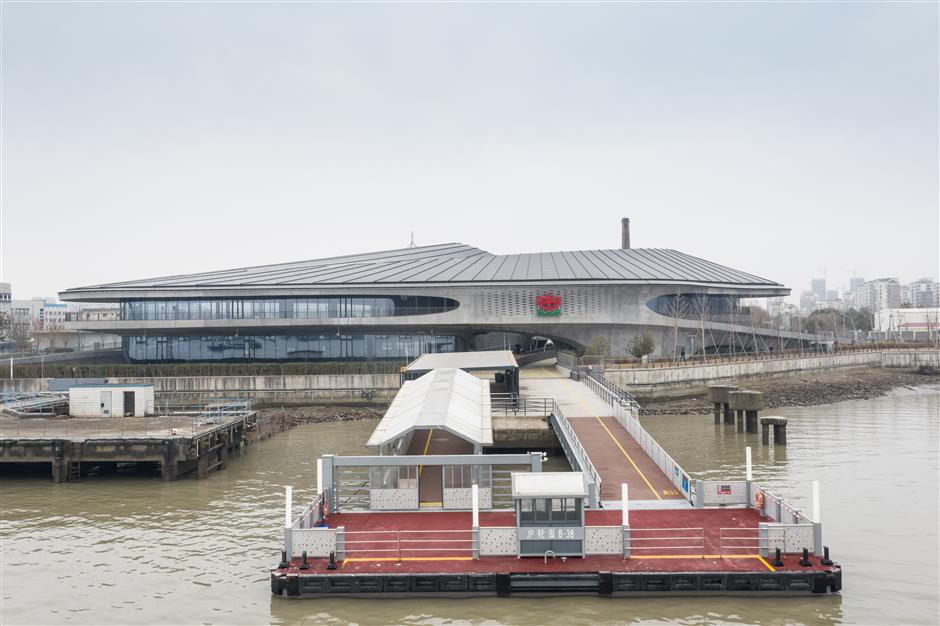 The Sangang Line Ferry Dock on the West Bund in Xuhui.

A new ferry terminal opened on the West Bund waterfront in Xuhui on Friday that serves not only as a link to Pudong, but also as a sightseeing platform and service center.

With a total investment of 770 million yuan (US$118 million), the Sangang Line Ferry Dock is the city’s first public facility blending the functions of a ferry terminal, cruise ship port and visitor service center.

According to the West Bund Development Group it is a demonstration of how a ferry dock can integrate sightseeing and public services functions.

Passengers can take a ferry from the dock on Jinmugang River, literally means “log import port” because it was originally a dock for wood transportation, to reach Pudong’s Sanlin Town, which is famous for authentic Shanghai-style cuisine.

The ferry terminal resembles a space shuttle berthing along the Huangpu River. The artistic and stylish appearance is in keeping with nearby art galleries and museums.

The building has also been well integrated into the popular riverside paths of the West Bund. Visitors and joggers can reach the second floor of the terminal from the riverside paths to enjoy the scenery of the river.

The terminal is also one of the more than 20 service centers on the waterfront for customers to deposit luggage, buy breakfast, have a cup of hot water in winter or heat meals. They can also borrow umbrellas or portable charger from the site.

Additional sightseeing bus and cruise lines will be opened at the terminal to offer more travel routes for tourists and citizens. 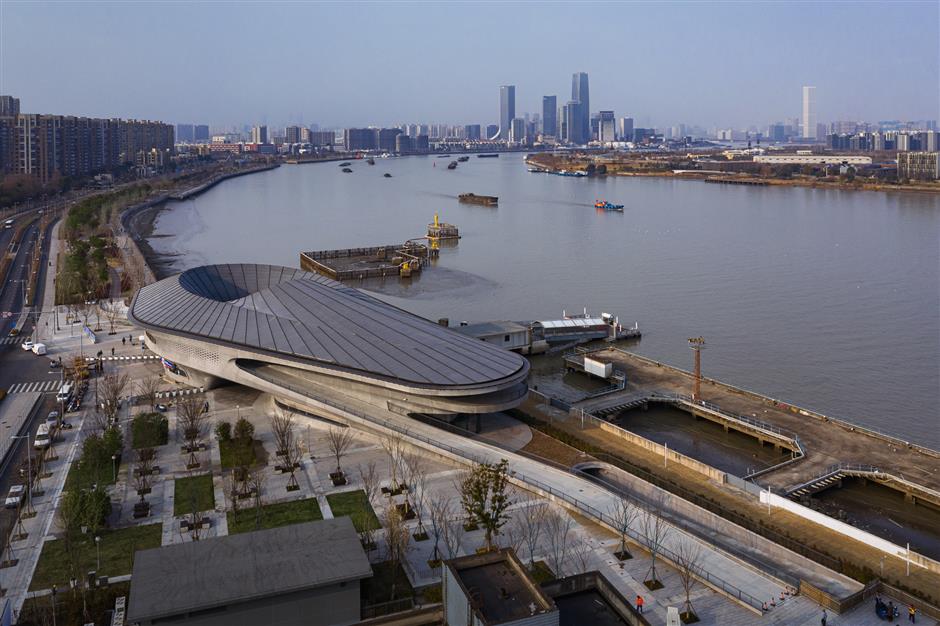 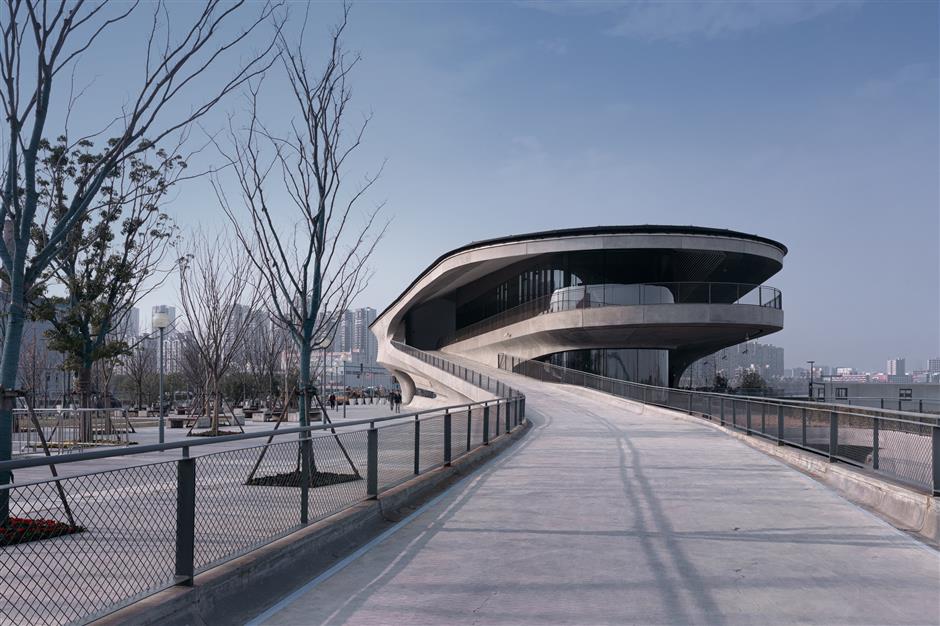 Visitors can reach the upper floor of the terminal via a riverside path. 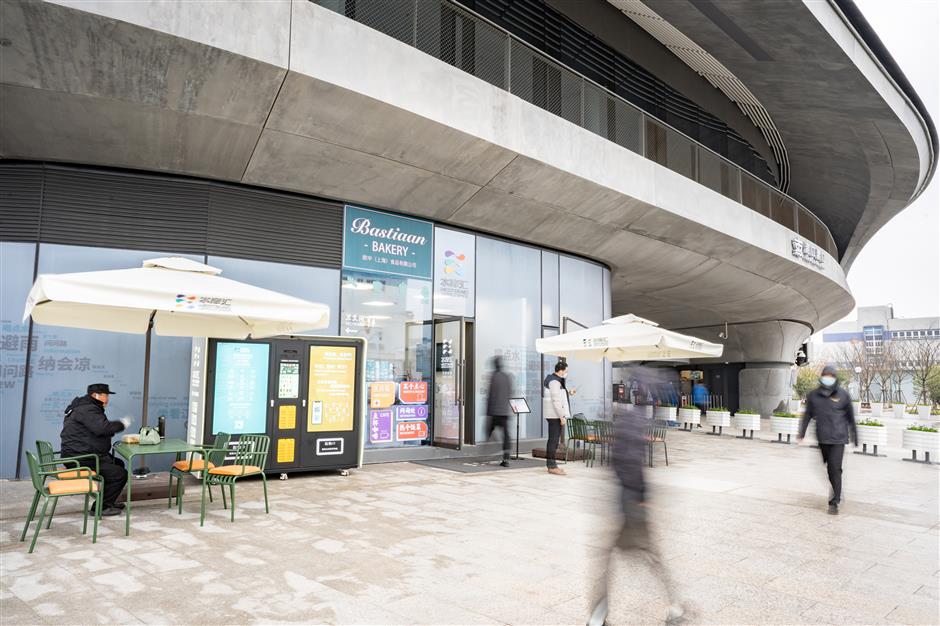 A bakery is at the terminal. 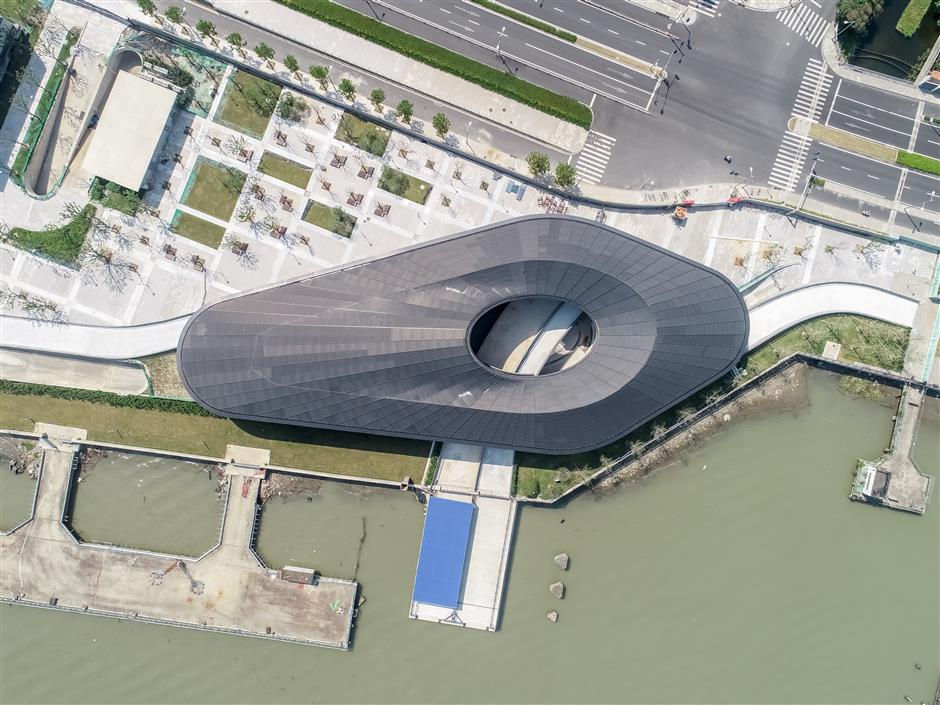 An aerial view of the Ferry Dock shows off its artistic design.