Minhang student Yu Zewei from Xincheng School was among about 60 students from around the world to win awards in the 2020 S.-T. Yau High School Science Awards.

The awards were started by Chinese mathematician Shing-Tung Yau in 2008 to encourage Chinese teenagers around the world to engage in science. Yau was born in Shantou of south China’s Guangdong Province and went on to study in Hong Kong and the US. Since 1987, he has been a professor of mathematics at Harvard University and was also appointed professor of physics there in 2013.

Yu, who was participating in the contest for the first time, entered a work entitled “Voice Interactive Monitoring System for the Elderly, Based on Scratch PI and Cloud Computing.”

Explaining the choice of his entry, Yu said, “My great-grandfather died after a fall, and it made me want to do something to reduce such accidents.”

Yu, who is in junior high school, said he was nervous in the competition, though well prepared. He said he believes teenagers have a lot to contribute to science and society.

He has also worked on a project providing “armchair world trips” for disabled elderly through virtual reality technology.

Science aside, Yu said he enjoys music and sports. He has played piano at the Shanghai Oriental Arts Center and won a citywide fencing competition. 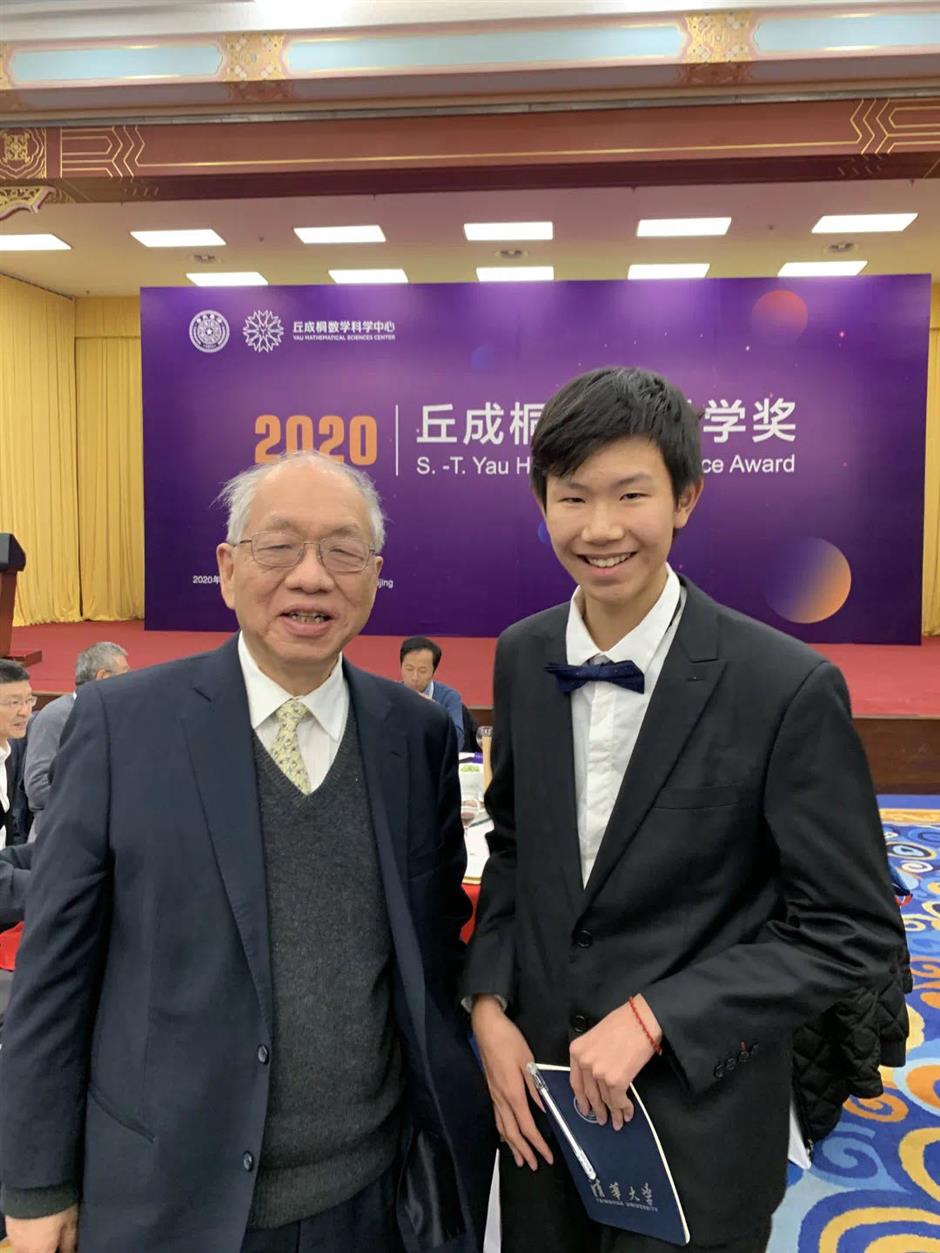 Yu Zewei (right) poses for a picture with mathematician Shing-Tung Yau after winning one of the 2020 S.-T. Yau High School Science Awards.