Spring Festival provided residents who spent the holiday at home an excellent opportunity to get out and explore Minhang’s history, culture and the arts.

And if you want to see all its many facets assembled in one place, the Minhang Museum is the place to go. In case you missed that opportunity during the past holidays, it’s never too late to enjoy this fascinating venue. Here are some of its highlights.

The Minhang Museum currently has a temporary exhibition on the architectural development of modern Shanghai. It’s a brick-and-mortar story that combines Chinese and foreign designs and spans from major buildings down to residential communities.

The exhibition, entitled “Renovation of Shanghai — Architectural Heritage in Modern Times,” is encased in steel pipes to resemble scaffolding. Visitors are given a construction helmet when they enter to enhance the aura of a construction site.

Among the people celebrated by the exhibition are Laszlo Hudec, a master whose many grand designs still grace Shanghai buildings, and Dong Dayou, director of the “Great Shanghai Project” construction plan.

“In all, they built Shanghai into a beautiful city,” said Shen Sanxin, academic consultant for the Conservation Association for Cultural Relics of Shanghai.

The exhibition pays tribute to many sites — some very well known, some lesser known — with scale models and photos.

There’s the Park Hotel, built in 1934 and the tallest building in the Far East for almost 70 years. There’s the 140-year-old Shanghai Water Works in Yangpu District, once the largest facility of its kind in the Orient. The waterworks still function today, supplying water to about a third of the city’s population.

“The exhibits show how architecture adapts to different functions, like residences, theaters, schools, banks and hospitals,” Shen said. “Taken together, they showcase a diversity in style. Indeed, you can see basically all architectural styles of modern China in Shanghai.”

One of the exhibits shows how the Russian Orthodox Mission Church on Xinle Road returned to its former glory with the discovery of its dome frescoes during renovation work in 2007. They are the only frescoes of their kind in Shanghai.

Thick paste covered the nine colorful frescos, which have since been restored to their original look.

Shen is a great advocate of historical preservation and restoration.

When old buildings are restored, the renovation focuses on the façade, roof, floor and the door and window frames. Extensive cleaning is necessary and original techniques and materials must be used to preserve authenticity.

Some parts of the exhibits feature “borrowed” handrails, doors and tiles from renovated sites. They will be returned when the exhibition concludes.

A piece of tile from Temple of the Queen of Heaven has drawn a lot of public attention. It was carved with the Chinese character tian, which means “sky,” and a butterfly. Their pronunciation in Shanghai dialect fuses the two images to sound like “invincible under the sky.” The piece was originally carved as a good omen for the owner and led to the nickname “butterfly tile.”

The temporary exhibition is sponsored by Minhang Culture and Tourism Department, the Conservation Association for Cultural Relics of Shanghai, and the Minhang Museum. It will run through the end of April.

The foundations of Minhang

The museum displays more than 300 artifacts showing how Shanghai grew into a metropolis from a fishing village by the sea over seven centuries. Exhibits focus on daily lives of residents, commercial and industrial development, and agriculture.

Over 300 exhibits take visitors on a chronological tour. Among its highlights are a piece of blue cloth dyed with a pattern dating back to the Ming Dynasty (1368-1644) and a ceramic pink bowl delicately painted with pomegranate blossoms from the Qing Dynasty (1644-1911).

Minhang has close ties with the Shanghai No. 1 National Musical Instruments Factory, which is based in the district.

Exploring the deep past

The Maqiao Culture can be traced back more than 5,000 years ago. As part of the museum’s permanent collection, unearthed relics from 3,200-3,900 years ago are exhibited. They include tools and other necessities of daily life. Some show artistic flourishes.

Multimedia is used to take visitors into mock replicas of homes and farmland scenes from those ancient times. 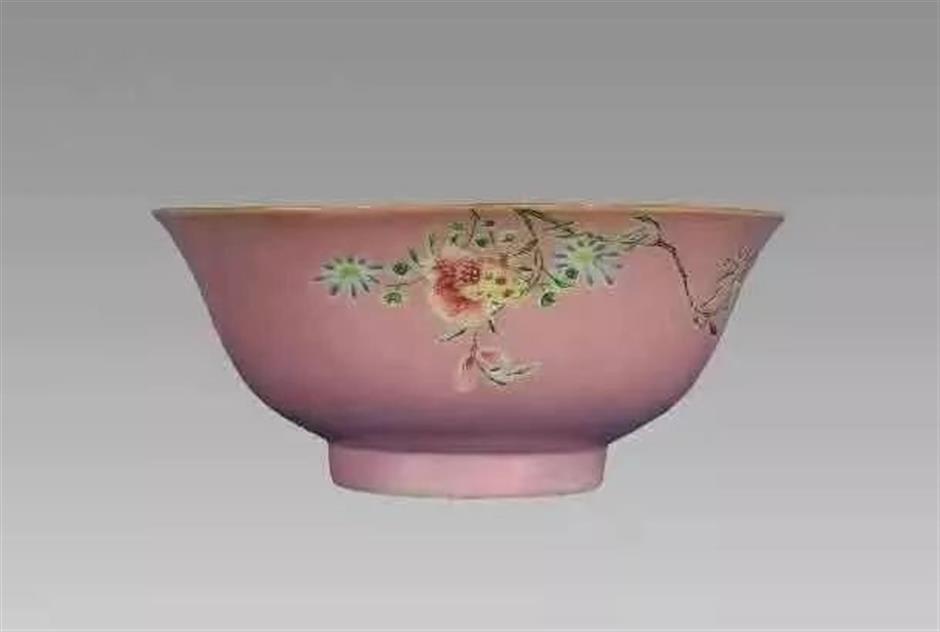 An exhibition chronicling 700 years of the history of Minhang County includes a pink ceramic pink bowl (above) from the Qing Dynasty (1644-1911).

The original Minhang Museum opened in 2002 and closed in 2011. Two years ago, the current site of the new museum opened.

The three-story building was designed by Gluckman Tang Architects, which describes the 15,000-square-meter complex as “a spiral rising out of the ground.”

A rooftop garden is an extension of the outdoor landscaping and linked spaces such as the entry plaza and sculpture court.

The museum features three permanent exhibitions on the region’s history and cultural relics, and space for temporary exhibitions.

The structure itself promotes the idea of fusing urban culture with the environment. Located nearby are the Minhang Culture Park, the Shanghai-style Art Museum and the Powerlong Museum, where a grand exhibition on the Yungang Grottoes is now underway.

Admission to the museum is free, but reservations on its official WeChat account are required.