KFC has enhanced the management of its Food Bank to prevent chaos, with three to five staff members keeping order during food distribution in Yangpu District on Sunday.

To prevent waste food and help people in need, Food Bank has been introduced into China from foreign countries, such as the United States, Belgium and Japan, in recent years. Excess food due to expire soon is put in a “bank” — a refrigerator or a shop — and people can get it for free.

The fast-food restaurant ran its first Food Bank in Shanghai last month, cooperating with the Yinhang Subdistrict. With an increasing number of people learning about the service, many people crowded in front of the refrigerator and grabbed the food on Thursday. A piece of chicken was dropped onto the floor during the chaos and some people almost lost their balance. 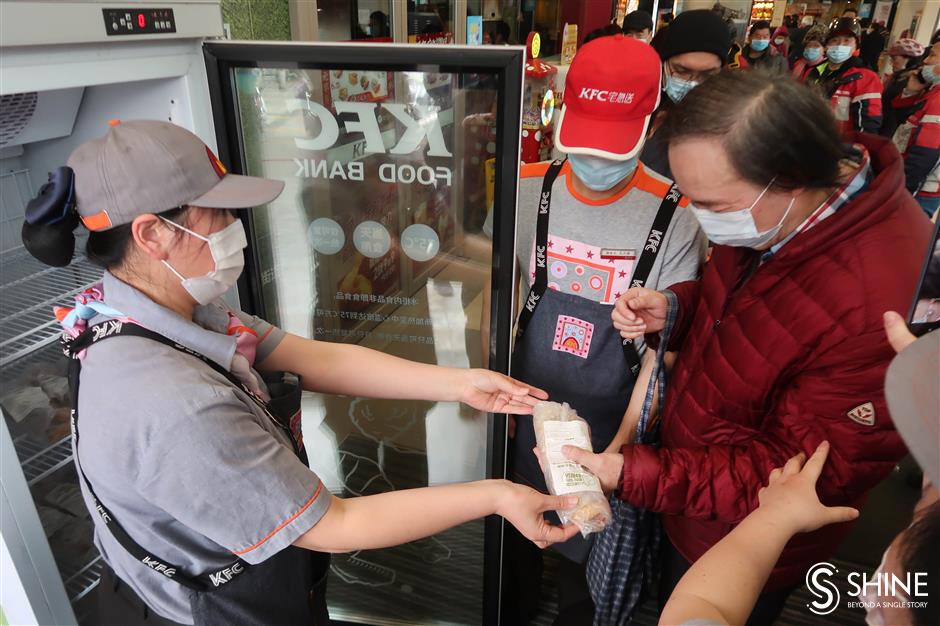 A KFC staff member distributes food from the Food Bank to a resident in Yangpu District.

Officials of the subdistrict and KFC said on Saturday that they will strengthen management to prevent this from happening again. Food will be distributed by staff, not taken by people themselves.

At 10:30am, Shanghai Daily saw that around 20 people had queued up under the supervision of three to five staff members. The majority of these people were seniors.

A woman surnamed Jiang in the middle of the line said she was over 70 years old and lived alone. Recently, she noticed this service when she went to the supermarket beside the KFC so she decided to come around 10am to pick up some food.

“I don’t want to take too much because I can’t eat it all," Jiang said. “It is good for the environmental protection, and seniors living alone like me feel supported.” 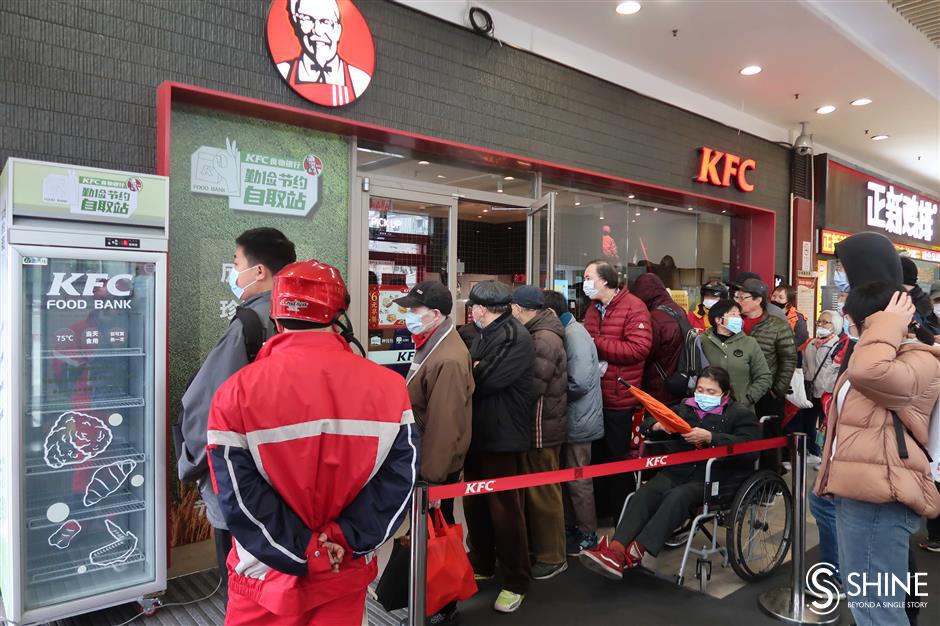 Under the management of  staff members, people queue up beside the Food Bank of KFC in Yangpu District.

After checking the amount of food, staff asked people who were ranked 16th in the queue and behind to leave as the limit had been reached.

Thirty minutes later, two staff members started to deliver food. Each person was given a small package with different items, such as deep-fried dough , chicken.

Tips were also written on the packing, including the expiration date, cooking method the way of preserving food.

According to KFC, this project in China started in September last year and there have been 21 Food Banks by the restaurant in the cities, like Shenzhen, Guangzhou Nanjing.