Tulips festival to bloom all over Jing'an 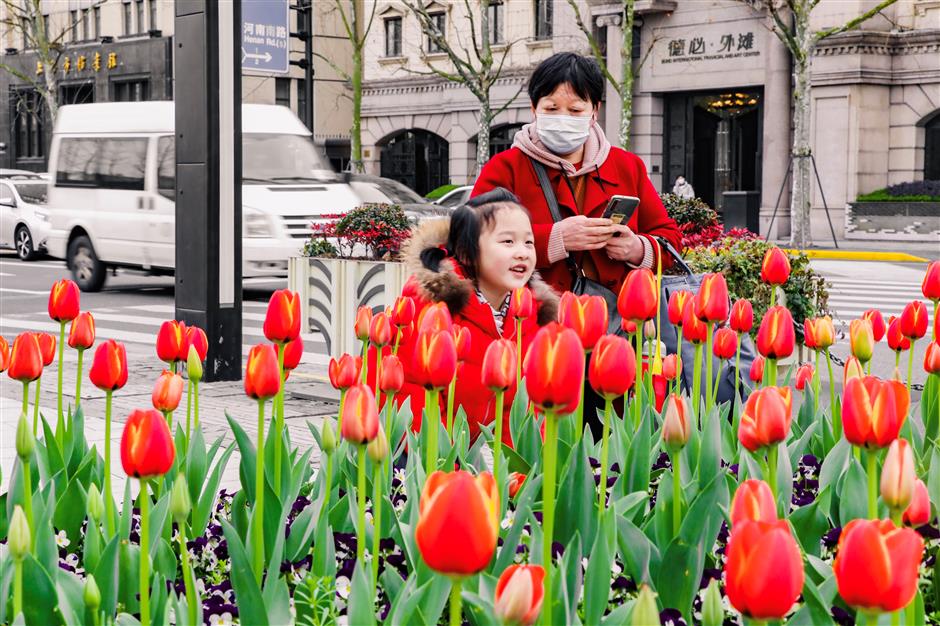 Passersby enjoy the beauty of tulips as they walk along a street.

The annual tulip festival in Jing’an District is to return this month.

One of the most welcome spring outings for Shanghai residents, the festival has been held at Daning Park for seven years. More than 12 million tulips have come into flower, attracting more than 6 million visitors.

This year, the festival will take place across the district. People will be able to enjoy the flowers in nine parks, 18 flower belts and five major commercial zones in Jing’an, according to organizer Xinhu Group. 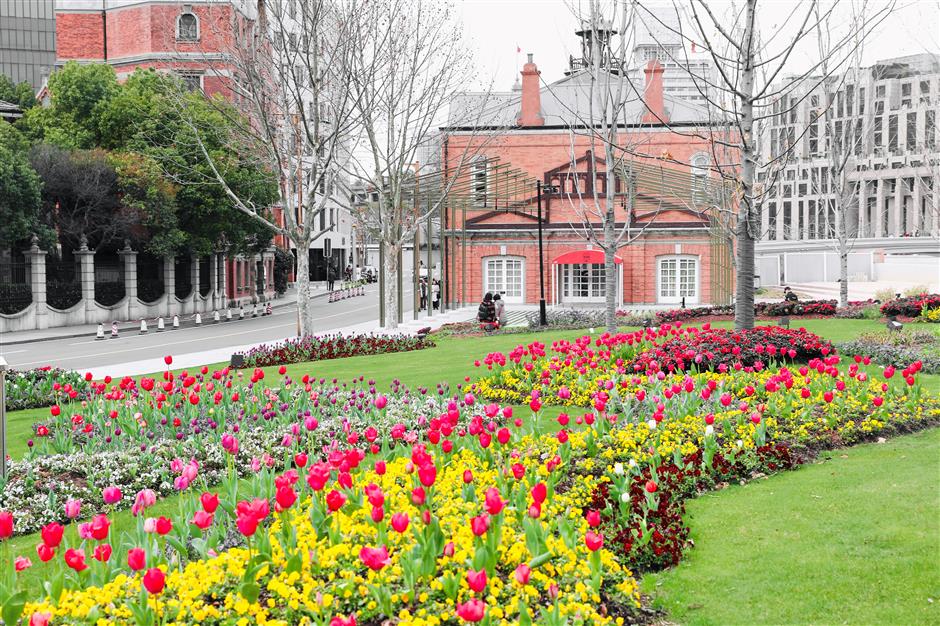 Tulips in flower near the Bund.

Besides Jing’an, 350,000 tulips of over 10 species have burst into a carnival of orange, pink, white and other colors in Huangpu District. They have been planted at the district’s iconic structures on the Bund such as Broadway Building and Waibaidu Bridge.

Xinhu plans to decorate the city’s “red“ revolutionary landmarks including the home to the former editorial department of periodical La Juenesse, also known as New Youth, with 1,000 potted tulips to celebrate the 100th anniversary of the Communist Party of China.

Children play among a sea of tulips.