A team from Fudan University has developed a smart textile that can be used not only for display but also communication, as functional as computers or smartphones.

According to Peng Huisheng, leader of the team from Fudan’s macromolecular science department, it developed transparent conductive weft fibers and luminescent warp fibers. When woven together, they form micrometer-scale electroluminescent units similar to those on a digital display screen.

A researcher shows the fiber the team has developed.

The team applied an alternating voltage to the luminescent warps and conductive wefts to generate a low, microampere current to power the electroluminescent units. By varying the applied electricity, they could accurately tune the luminance of the units.

A researcher showed her jacket with a university badge woven with the fiber on it. The badge can be illuminated when driven by electricity and twinkle when she pressed a button on a power unit.

In the lab, the team has produced a 6-meter-long and 25-centimeter-wide display textile, but the approach is capable of making larger ones according to demand, said Peng.

The brightness between electroluminescent units deviates by less than 8 per cent and remains stable even when the textile is bent, stretched or pressed.

“Our display textile is flexible and breathable and withstands hundreds of times of machine washing, making it suitable for practical applications,” said Peng. 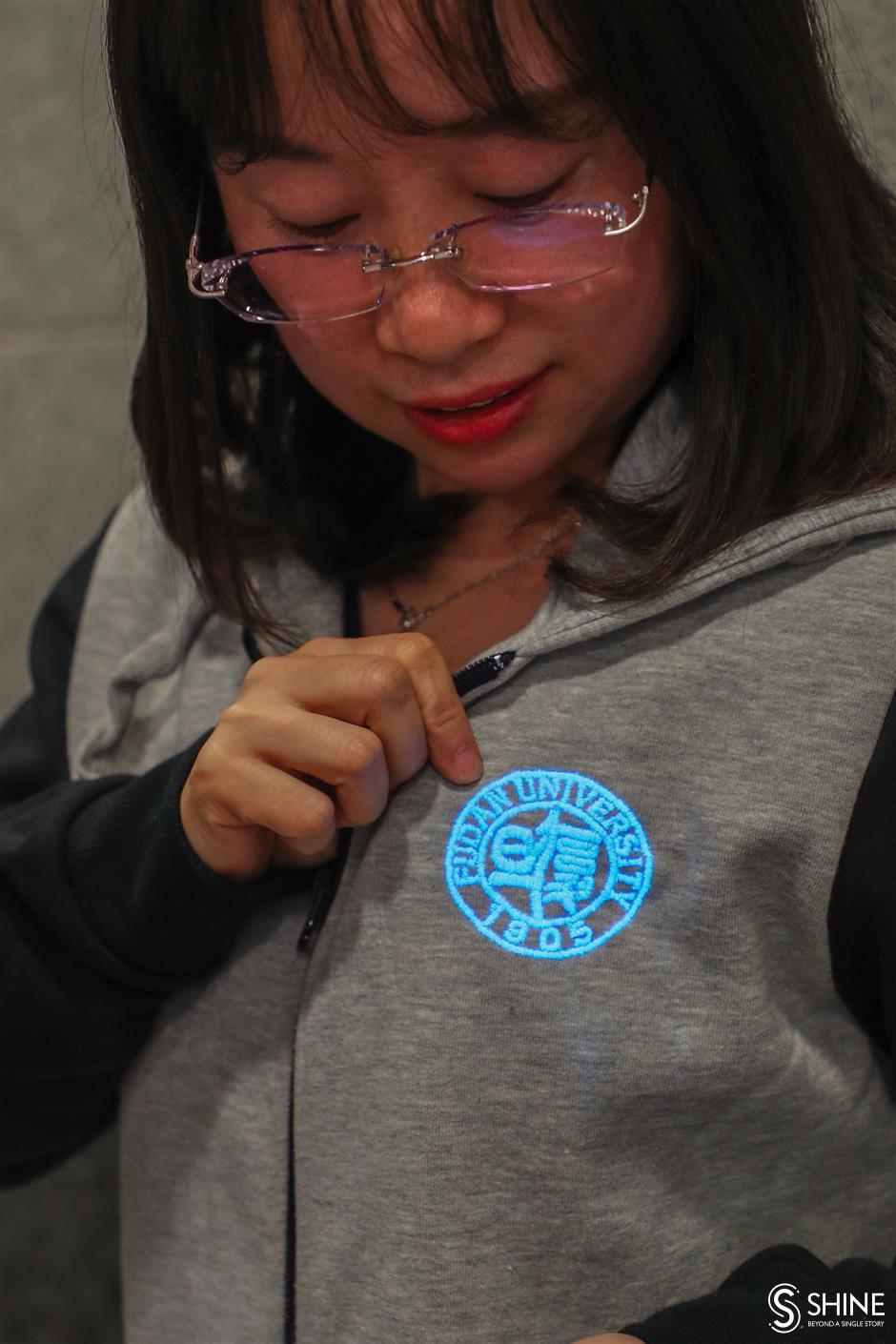 A researcher shows her illuminated university badge woven with the special fibers.

The team also produced other electronic functions within the textile, for example, keyboard and power supply for applications in various scenarios.

In a video produced by the team, a user can read messages, reply and even navigate riding on a sleeve. Researchers said it can also be used in health care, such as collecting health index data including brain waves.

“We show that an integrated textile system consisting of display, keyboard and power supply can serve as a communication tool, demonstrating the system’s potential within the Internet of things in various areas,” said Peng. “With the approach that unifies the fabrication and function of electronic devices with textiles, we expect that woven-fiber materials will shape the next generation of electronics.”

Their achievements have been published in science journal Nature.