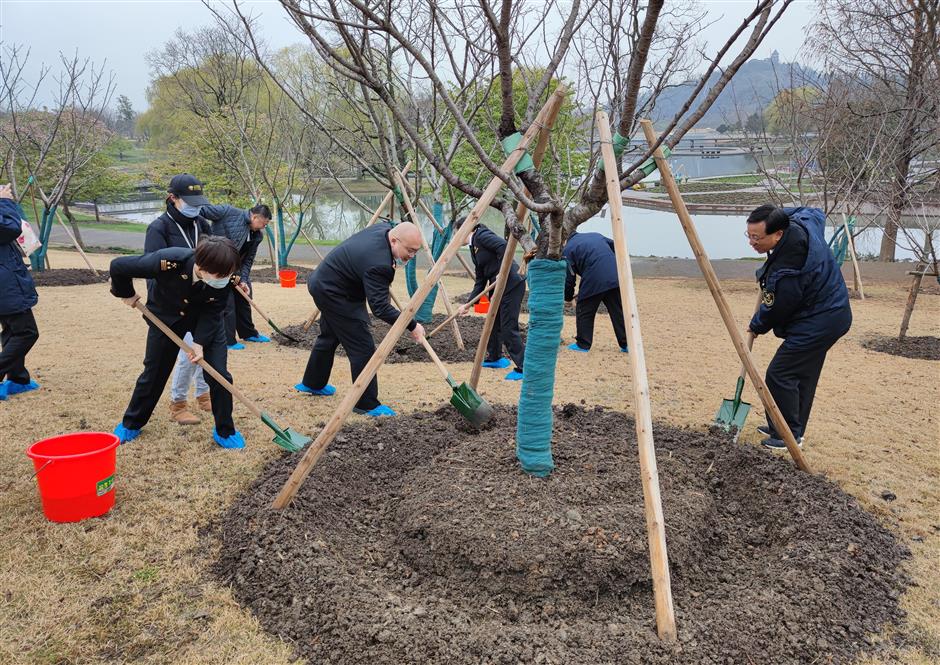 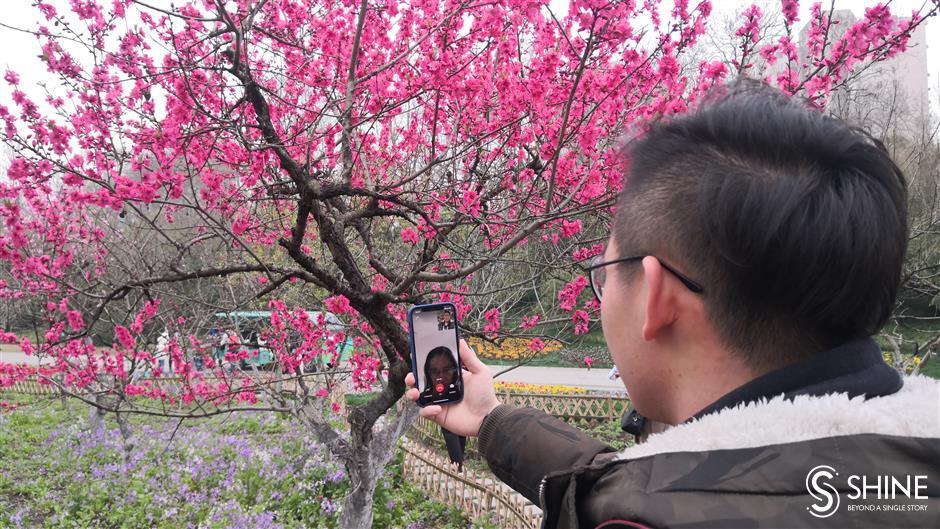 A worker at Shanghai Botanical Garden shows a tree to its adopter via video talk today.

About 100,000 trees around the city are available for adoption, Shanghai's greenery authorities announced today which is Arbor Day.

With steadily decreasing amount of space for tree planting in the city, greenery authorities are encouraging people to adopt a tree rather than plant one.

The city's online tree adoption platform has been upgraded, with information about what trees are available, where they are and how much it costs to adopt — making the process more transparent and convenient, according to the Shanghai Greenery and Public Sanitation Bureau.

People who adopt trees will see cards with their names on them via cellphone if they are not able to hang the cards themselves. They can also receive photos and videos to follow the growth of their trees. 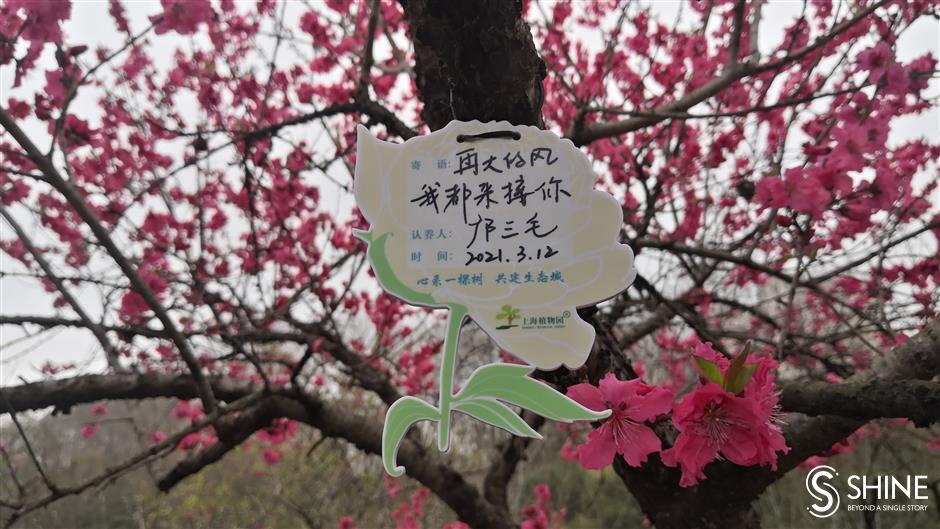 A tree with a card listing the name of its adopter at Shanghai Botanical Garden. 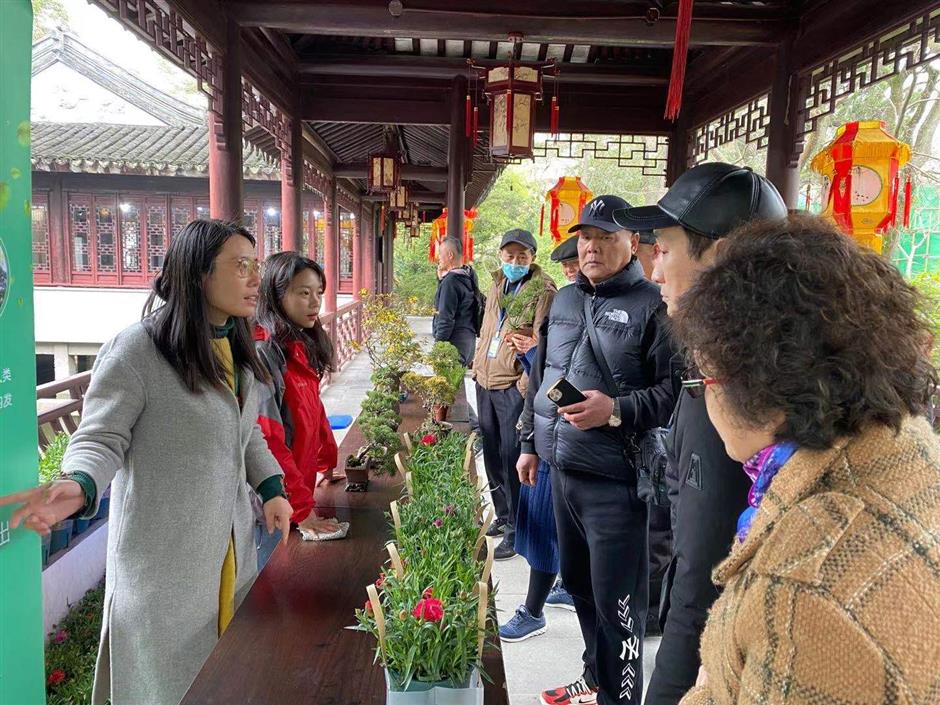 At different times of the year, seasonal tree varieties such as cherry and plum blossoms are available for adoption.

Some trees more than a century old are also available for adoption.

Round-the-clock platforms will be created, enabling people to see these trees any time via online channels.

The Shanghai Binjiang Forest Park, Gongqing Forest Park, Chenshan Botanical Garden, Guyi Garden and Jing'an, Huangpu, Putuo and Minhang districts have made test runs on the upgraded platform and will be included on it by the end of the year.

Guyi Garden has 19 old trees for adoption, including a 500-year-old locust tree and a 112-year-old ginkgo tree.