Against the picturesque backdrop of Shanghai's illuminated skyline, Australian architect Mark Unger's thoughts traveled to the metropolitan city in 1921, when the First National Congress of the Communist Party of China (CPC) was convened.

Inspired by his recent visit to a full-size replica of the building in which the founding members of the CPC first gathered, he said, "I did take the time to imagine them all sitting around, getting passionate about this idea, and from little things, big things grow."

Having lived in China for 14 years, Unger has long been curious about the daily lives and work of CPC members. And thanks to Xinhua's China Chat show, he was given the opportunity to meet and spend time with ordinary CPC members, visit historical CPC sites, and delve deeper into the world's largest political party.

On a drizzly morning in Shanghai, Unger met Hua Lei, a young female CPC member who serves as the Party branch chief in Shanghai's Ruihong No. 1 residential community.

In the compound's community hall, Unger took part in many activities for the elderly. There were dancing and handicraft classes, a pingpong game, and a birthday party for a resident who turned 100 that day — all organized by Hua.

"Are you ambitious about getting into politics?" Unger asked Hua.

She replied that she didn't really have such an ambition, and said that all she wanted to do was to focus on her current job and deliver good results.

However, managing a residential community for the elderly is no easy task. Hua's duties include managing public activities, attending to the health and well-being of residents, and providing a series of daily community services.

"She was on call 24/7, but there was nothing about her that made it (seem) like a burden for her," Unger stated.

"She was really into it," he added. "Hua was really impressive, and some of her responsibilities were amazing."

Despite her family's Chinese origins and her work experience in Shanghai, Houle didn't know much about the CPC.

In the medical service center of the Caohejing community, Houle met the center's director Shen Lei, who showed her his daily duties and spoke about his journey as a CPC member. 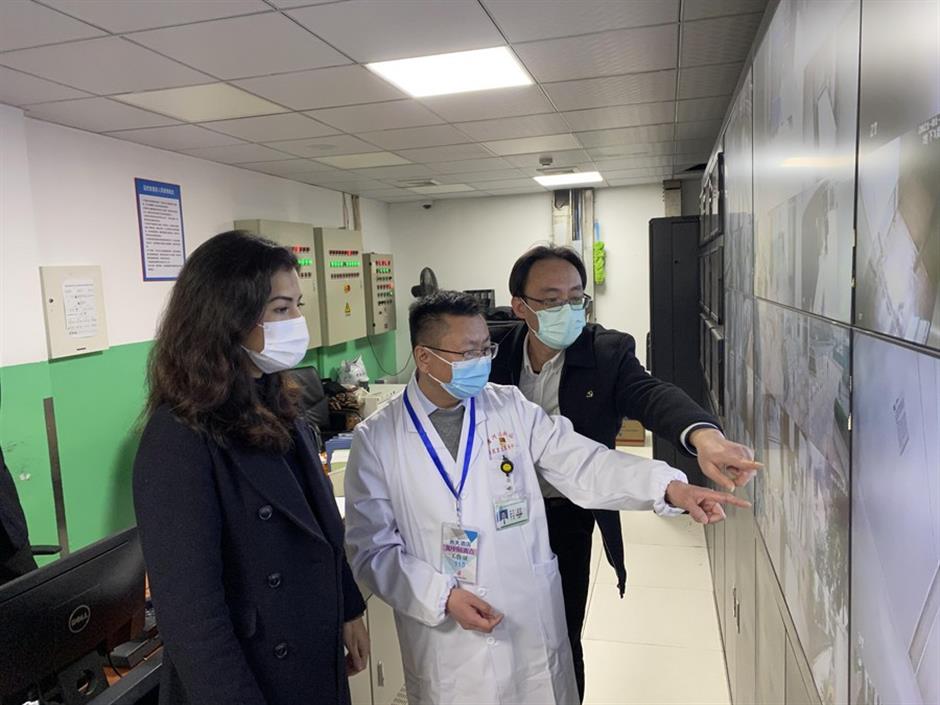 "When he was in university, he had the pure intention of joining the CPC to contribute to society. And then now it's just part of his life," said Houle.

During her visits to different clinics, departments and a quarantine hotel operated by the medical center, Houle was impressed by Shen Lei's strong sense of responsibility.

"Shen Lei had to sacrifice the time with his family and gave up his vacation to help during the COVID-19 pandemic and coordinate medical staff and services," said Houle.

In her view, he is an ordinary representative of the CPC as a whole, which is able to mobilize and coordinate social resources efficiently.

"You can see with the coronavirus, the 90 million CPC members are all out there in the front, ready to tackle any issue and bring solutions," she added.

It was the first time the French chef became fully acquainted with a CPC member after living in China for 15 years.

During his conversation with the taxi driver, Delcroix learned that joining the Party is a selective and competitive process rather than just a signature on a piece of paper.

He was also surprised that after the rigorous application process, recommendation and scrutiny, becoming a Party member comes with more responsibilities.

"He did some volunteering in some metro stations when there was a big flow of people," Delcroix said. Yuan also volunteered during the China International Import Expo in Shanghai.

In a suburban factory an hour from the city, Sharman spent time with Shen Huiqin, a quality supervisor at Joyson Safety Systems, a major supplier for Tesla's Gigafactory in Shanghai.

Shen Huiqin showed Sharman around her workplace and spent some one-on-one time with her.

During their discussion, Sharman learned that a lot of work and learning comes with being a CPC member.

"They are regularly studying, working on self-improvement and studying a lot about the party," said Sharman.

During the trip, the group gained a sense of history by visiting the original site of the first CPC National Congress in the downtown area, and its full-size replica located in the Shanghai Film Studios Amusement Park.

Their itinerary also included a visit to the Shanghai International Studies University, where they spoke with a number of students. 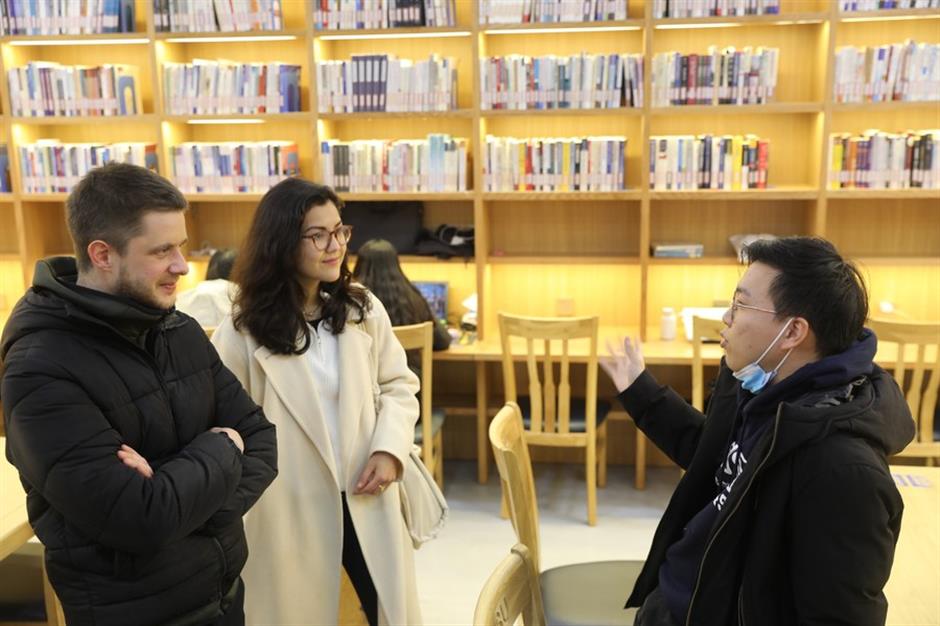 Delcroix and Houle struck up an in-depth conversation with a young CPC member there and were impressed that "the student joined the Party after a long time of independent thinking rather than as an unreflective decision."

"It was more of a self-conviction thing. I think it was nice to hear that he had that thinking process rather than just accepting it directly without questioning it," said Delcroix.

In the final part of the group chat, the visitors reached the consensus that their day spent with the Party members had refreshed their impressions of the CPC.

Delcroix said that he thought the Western stereotype of communism has stagnated since the Cold War.

"A lot of people think communism itself is just scary, without understanding it at all," he said.

Yet he pointed out that the judgment of a political party ultimately depends on its results rather than any form of stereotyping.

"People, in the end, do care about their standards of living, which is the most concrete (result)," he said, noting that the most important and pragmatic criterion is development across generations. 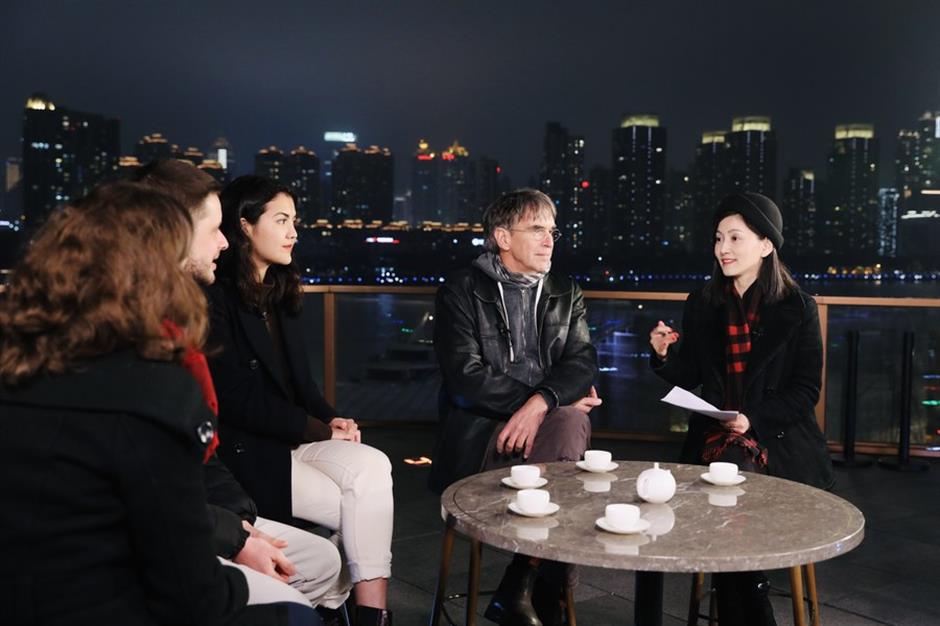 Four foreigners talk about their impressions on ordinary members of the Communist Party of China (CPC) with Xinhua journalist Miao Xiaojuan during the China Chat show in east China's Shanghai, Jan. 24, 2021.

Houle said she used to believe that CPC members are mainly officials who actually work for the Party.

"What really surprised me is that some of them are just daily members. They have fewer political roles. It is more social involvement and aiding society," she said.

"The CPC has gained a strong foundation in China and cultivated a sense of pride for the people who are part of it," she said. "But outside China, not everyone understands and feels the same about it."

She said she had initially thought, "the CPC did not really care about the Western world and keeps focusing on nothing but its own duties."

But she found that that was not the case. "Actually, through the entire experience with the Party members, I realized it is the initiative of the CPC and China to kind of open a dialogue in a way that would actually speak to Western media," she added.

Sharman ended the chat with a positive note: "I would like to tell my friends how close I once came to the CPC and how wonderful the experience was."