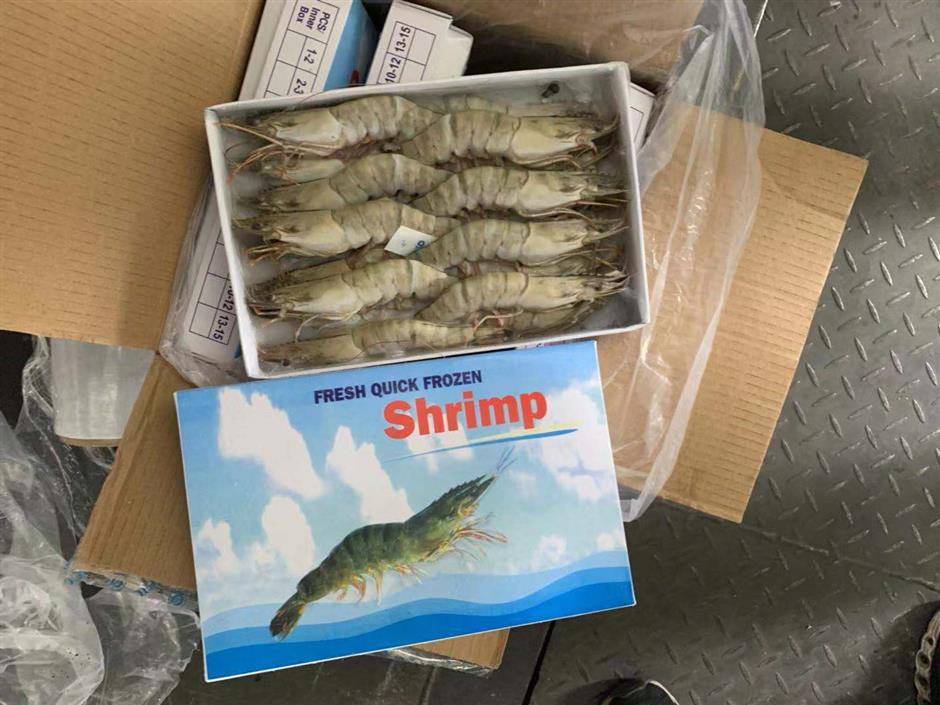 A frozen shrimp smuggling case was uncovered by Shanghai Customs’ anti-smuggling bureau which involved 233 million yuan (US$35.8 million), it said on Monday.

Between the start of 2014 and August last year, a local aquatic products dealer and a supplier from Vietnam conspired to illegally import shrimp based on tax incentives of trade between the Guangxi Zhuang Autonomous Region and Vietnam, the bureau said.

People living in this border area can exchange items for daily use from both countries without paying tax but the cost of the products should be less than 8,000 yuan per day per person.

With the help of some people living in the border area, the shrimp was declared as on the duty-free list and gradually came into the local market.

Last September, seven suspects were arrested in Shanghai and Guangxi and further investigations are underway, the bureau said.

Liu Kuikui, deputy sector chief of the bureau, said many smuggling cases of this kind had been investigated during recent years and there were an increasing number of people in the Yangtze River Delta region and Bohai Bay area involved in smuggling.

“To cover up the crime, the frozen goods were unloaded and loaded several times and transported through a roundabout route. So the packaging of the products is likely to be broken and the shrimp may go bad,” Liu said.