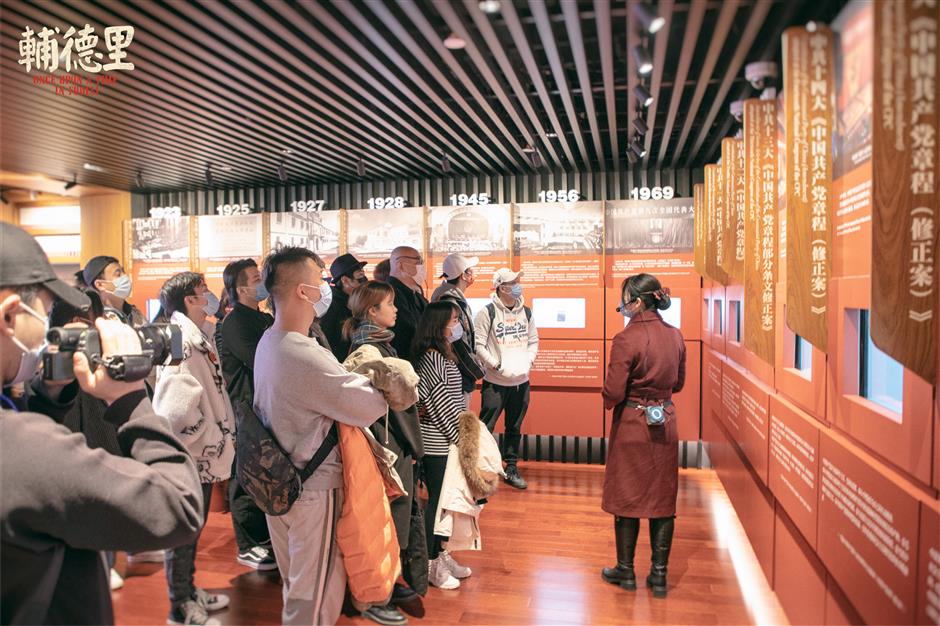 Actors from the crew of “Once Upon A Time in Fudeli” visit Fudeli to have better understanding of the past before they staged the play. 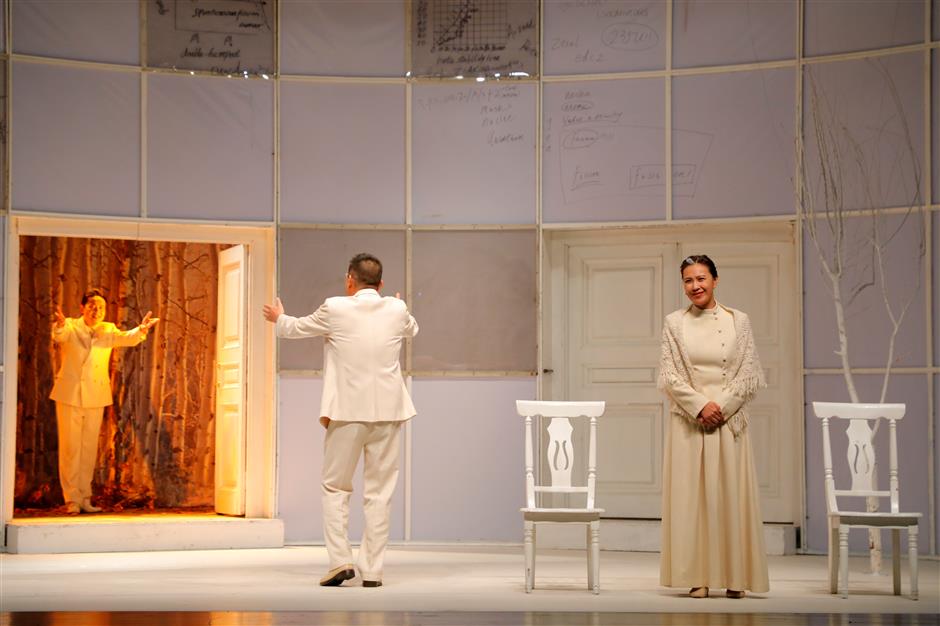 Jing’an’s first original “red” drama, “Once Upon A Time in Fudeli,” will open this year’s Modern Drama Valley to celebrate the 100th anniversary of the founding of the Communist Party of China.

This year’s theatrical extravaganza, to be held from April 23 to May 10, will present 20 productions — over 80 percent of them will be Shanghai debuts. “Once Upon A Time in Fudeli” will be presented at the Daning Theater.

The play was set against the Fudeli backdrop where the second CPC National Congress was held.

In July 1922, 12 CPC delegates gathered in secret at the residence of Li Da in the shikumen neighborhood Fudeli, one of few remaining clandestine Party sites in the city following a series of police raids.

Over eight days, they shaped the first CPC constitution, which contained six chapters and 4,000 words.

Now, it stands as a memorial and museum. Last month, more than 40 performers from the crew visited the site on Laochengdu Road N. to have better understanding of the past before they staged the play.

The actor who plays Li Da said, “Every brick tells a story. I feel like he’s just standing in front me instead of someone recorded in a history book. I’m honored to play him and I feel like returning home.”

Director Mou Sen said the play tells the story of how the CPC was founded and how the first constitution was drafted.

Producer Li Dong said the drama is based on the true stories and historical documents of the CPC and shows the early Party members’ relentless efforts to draft the first constitution. These stories include Zhang Renya, one of the earliest Party members, who died of illness in 1932 after spiriting some important documents to safety in his hometown of Ningbo.

After making its debut at Daning Theater, the play will tour east China cities, including Nanjing, Hefei, Wuxi and Yantai, and will return to Shanghai in June.

Other productions at the festival include “Copenhagen,” presented by the National Theater of China, Samuel Beckett’s “Waiting For Godot,” directed by Yi Liming, and “The Gadfly,” newly adapted by the Guangzhou Drama Art Center.

They will be staged at the Daning Theater, Shanghai Majestic Theater and the Shanghai Dramatic Arts Center, among others. Tickets are now available on damai.cn.

Over the festival period, more than 200 free shows will be staged on roadsides, in malls and at tourist destinations across Jing’an.

People can record and upload videos of performances on Douyin (China’s TikTok).