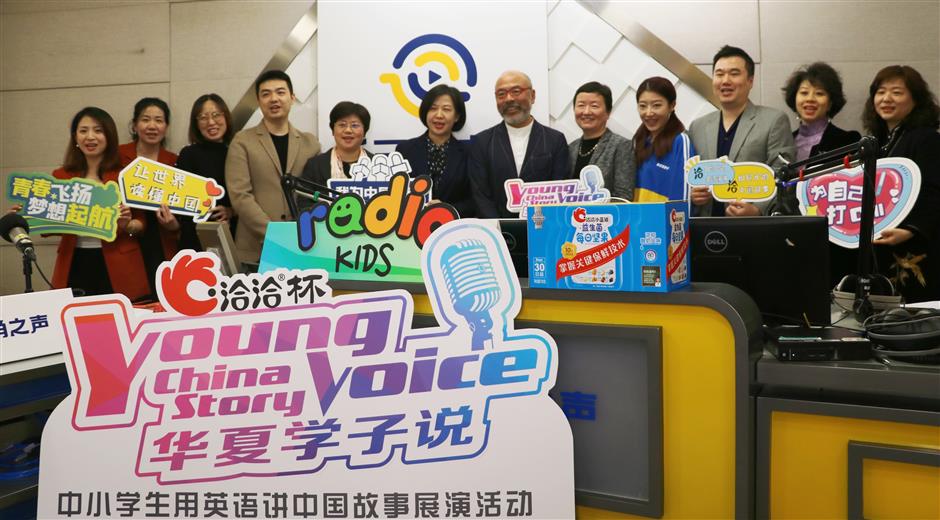 An English-speaking contest for children is launched in the city.

An English-speaking contest featuring children telling China stories to the world has kicked off in the city.

The 2021 “Young Voice, China Story” competition invites primary and secondary school students to give speeches with a “Four Histories” theme as well as about traditional Chinese culture.

“Four Histories” refers to the histories of the Communist Party of China, New China, reform and opening-up, and socialist development.

Students in grades 10 to 12 must give three-minute speeches on the topic “A Word That Has Changed The World."

Until midnight of April 20, students can submit applications via the official WeChat account of the Shanghai Dream Relay Youth Development & Exchange Center (gh_cadacfa5d524).

Participants chosen for the semifinals will be informed on April 26 through SMS messages, WeChat or their teachers.

As China moves closer to the world's center stage, Chinese children have more opportunities to showcase their talents across the globe. Consequently, it has become increasingly important to tell Chinese stories in international languages.

“I hope Chinese children will become ambassadors of Chinese culture and spread it around the world,” said Wang Qinzhi, executive vice chairman of the Shanghai Dream Relay Youth Development & Exchange Center. “I also hope the world can see a truly dynamic China with a diverse culture and interesting stories.”

Xia Haiping, principal of the Experimental School of Foreign Languages affiliated to East China Normal University, said the event can help give children a better understanding of Chinese history and culture and cultivate patriotism.