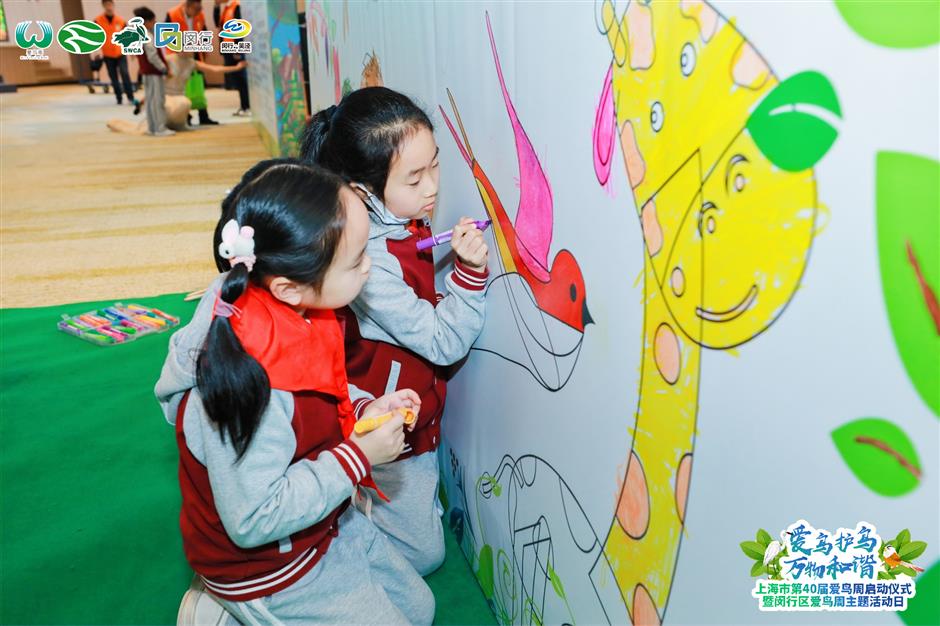 Two students color in a bird during the opening ceremony of the event. 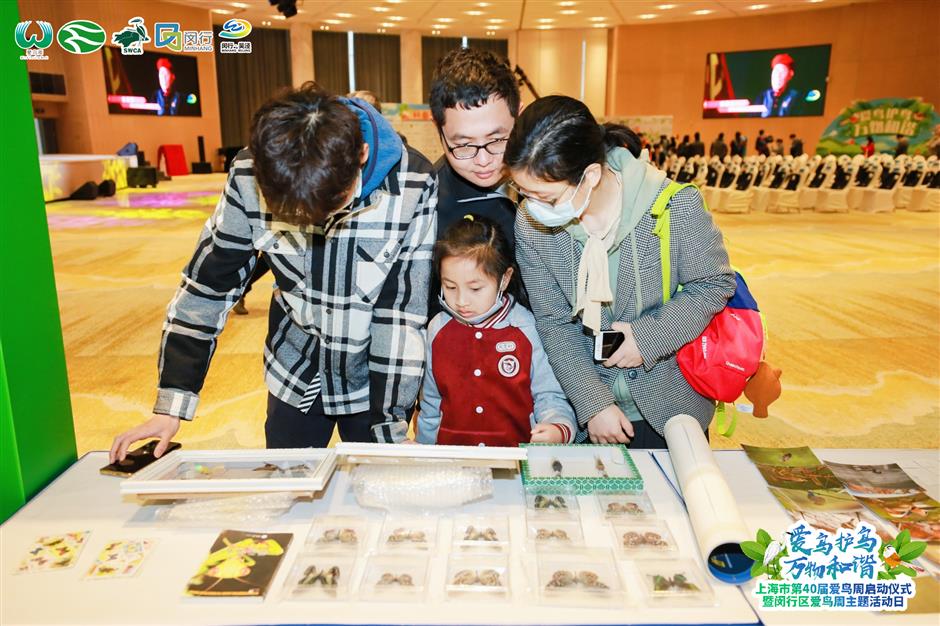 Shanghai is home to an increasing number of birds thanks to its improved ecological environment, local greenery authorities said on Sunday, during the opening ceremony of the city's 40th Bird Preservation Week.

It is estimated that about 700,000 birds have been dwelling or migrated to the city since winter.

About 300,000 were seen in Nanhui Dongtan area in the Pudong New Area, one of the city's wildlife sanctuaries, compared with 100,000 from the same period a year earlier, according to the Shanghai Greenery and Public Sanitation Bureau.

These include migratory bird species first seen in the city, such as the ryukyu minivet endemic to Japan, and the collared owlet, said Yuan Xiao, an official with the wildlife and plant preservation department of the bureau.

"There are combined factors that make Shanghai a popular nesting habitat or migratory stop for birds," said Yuan.

"The expansion of the city's greenery and forest spaces year on year has enlarged their nesting habitats, the warm climate and adequate food in the city, and intensified crackdown on illegal hunting, have all led to growing number of birds in the city and longer lingering time."

The colder weather in China's north this winter also made many migratory birds change their routes, said Yuan. 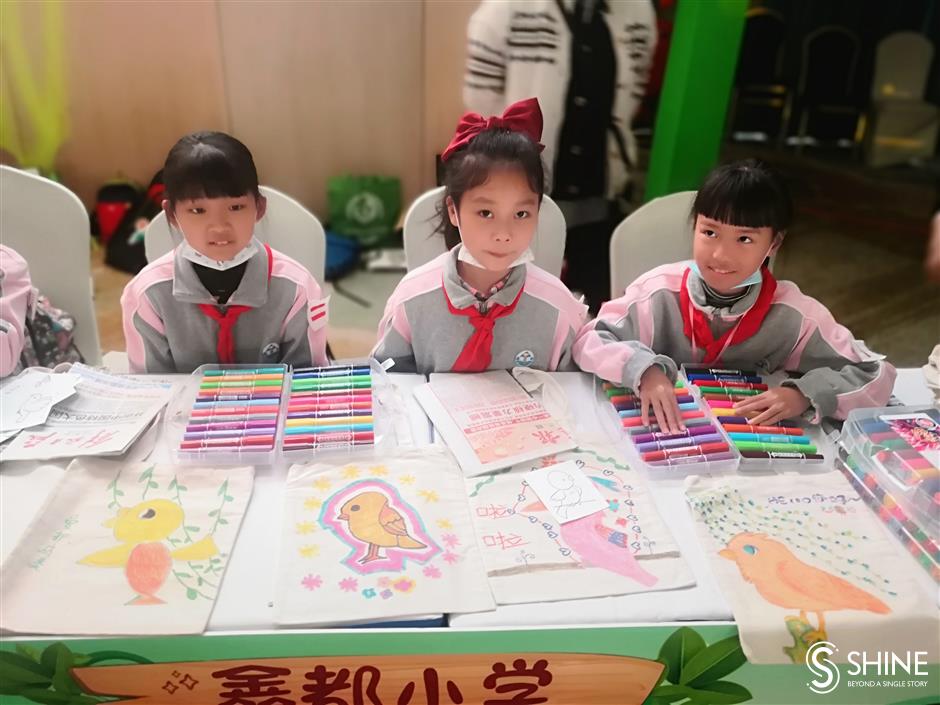 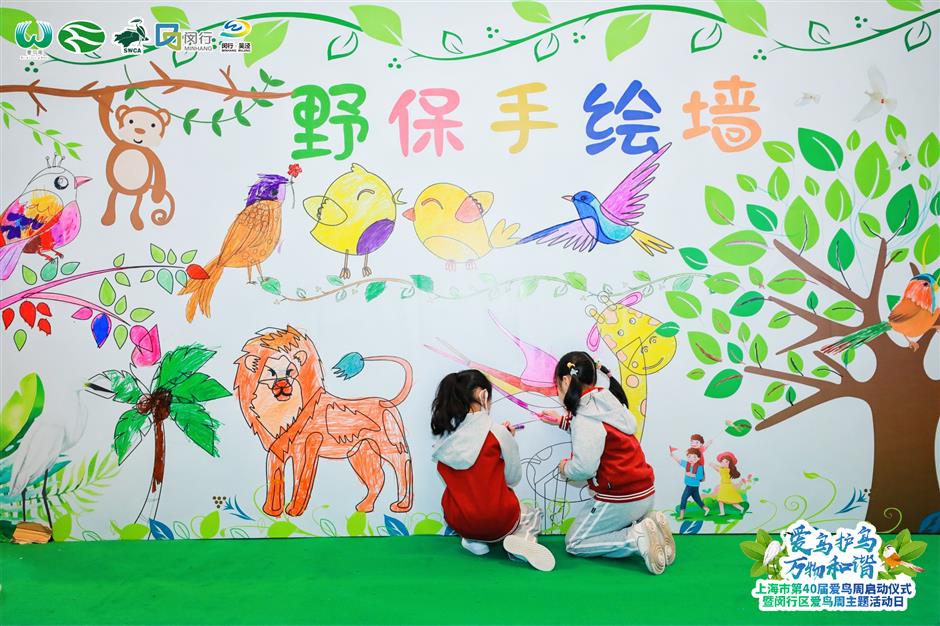 "Moreover, environmental remediation projects conducted in areas such as Nanhui Dongtan involving 24 square kilometers of space provide more preferable environment for their living in the wild."

For example, egret and night heron, which were once migratory birds, can be observed year round now.

Shanghai has documented 506 avian species including light-vented bulbul and hooded crane so far.

"The city has also stepped up efforts to protect these avian friends such as establishing a monitoring network of illegal hunting and taking injured wildlife to relevant facilities such as the Shanghai Zoo," said Ji Lei, an official with the Shanghai Forestry Station.

The 40th Bird Preservation Week will run through April 18, comprising a variety of activities both online and offline such as a bird observation event at Century Park and bird-related games online to raise awareness of bird protection.

The Reed parrotbill and egret are the two mascots of the event this year.

The city has designated six wildlife sanctuaries where hunting of wildlife is banned. People will face fines or criminal charges in serious cases.

The city boasts 11 nature reserves and 20 wildlife habitats. Its wetlands amounts to over 460,000 hectares.