An innovative diagnosis and treatment center for cerebral vascular disease that targets brain aneurysms opened its doors over the weekend at Shanghai Donglei Brain Hospital.

A brain aneurysm is a congenital disease where an abnormal bulge emerges in the wall of a brain artery. Most produce no symptoms until they become large, begin to leak blood or burst, which commonly happens to people between the ages of 40 and 60.

Medical experts said about 6 percent of the population is susceptible to aneurysms, which can be controlled through preventative therapy. If a brain artery ruptures, the mortality rate is 30 percent but climbs to 80 percent if there is a subsequent occurrence.

“It's important to get a screening if a person has a family history or has symptoms like headaches, dizziness, eye pain, double vision or blurry vision,” said Dr Gai Yanting of the brain hospital. “If an unruptured aneurysm is detected, it's urgent to receive preventive therapy.”

New technologies and equipment have been widely used in aneurysm prevention and control. Flow diversion stents, an innovative endovascular technique where stents are placed in the parent blood vessel to divert blood flow away from aneurysms and streamline the closure of aneurysms, have been used across the country in recent years.

“It's a less invasive, safer technology that's been promoted in the industry,” Gai said. 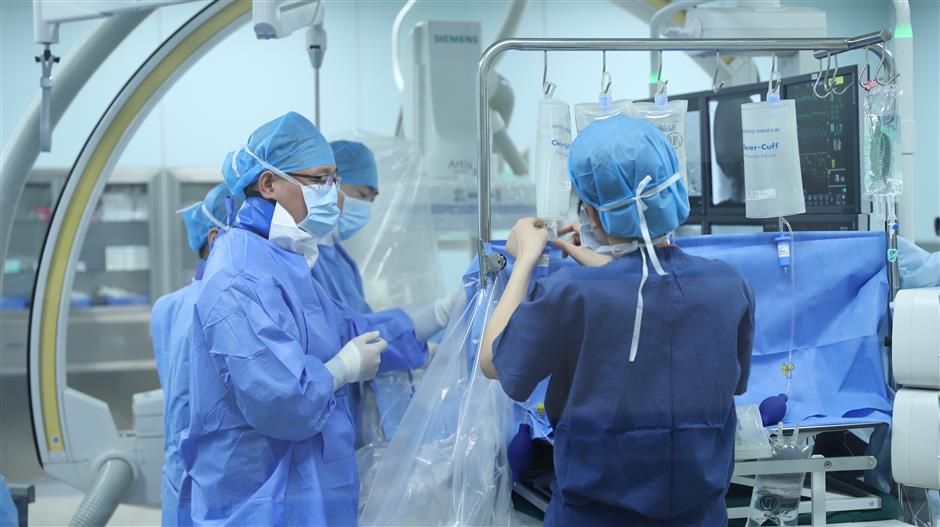