The performances of “Red Poppies,” a drama adapted from Tibetan writer Alai’s novel “Red Poppies: A Novel of Tibet,” which received the Mao Dun Literature Prize in 2000 — China’s top literary prize — were a success over the weekend at the SAIC Shanghai Culture Square.

More than 5,000 people attended the play, which had also been staged in Beijing and Hangzhou.

Presented by the Sichuan People’s Art Theater, "Red Poppies" is a poetic chronicle of the demise of the once-powerful Tibetan chieftainship.

Critics praised the play’s artistry and realistic literary origin. Following the Shanghai performances, it will be staged in Nanjing, Guangzhou and Shenzhen. 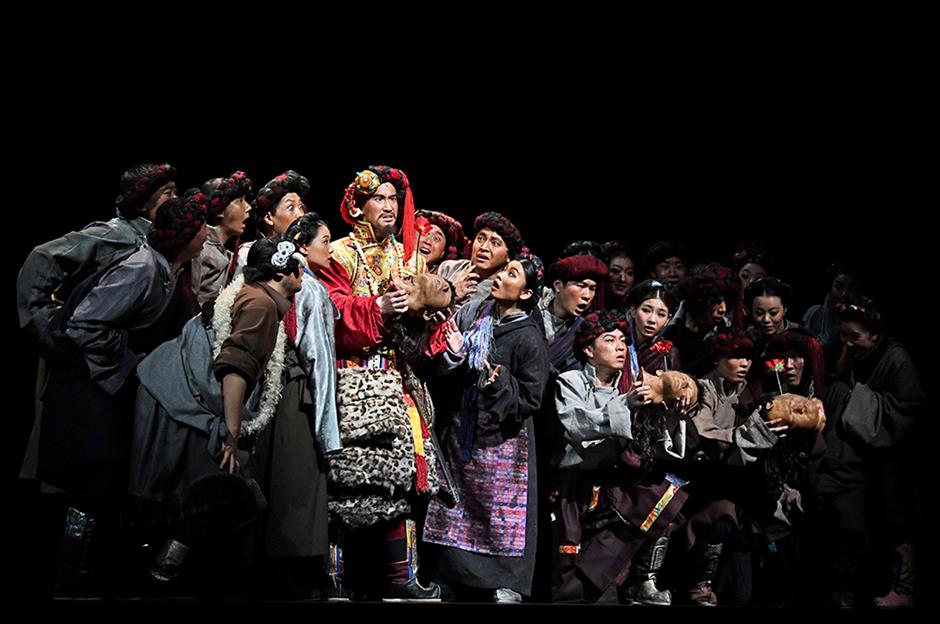 “Red Poppies” is adapted from an award-winning novel chronicling the waning days of the once-powerful Tibetan chieftainship and the rise of a new world.