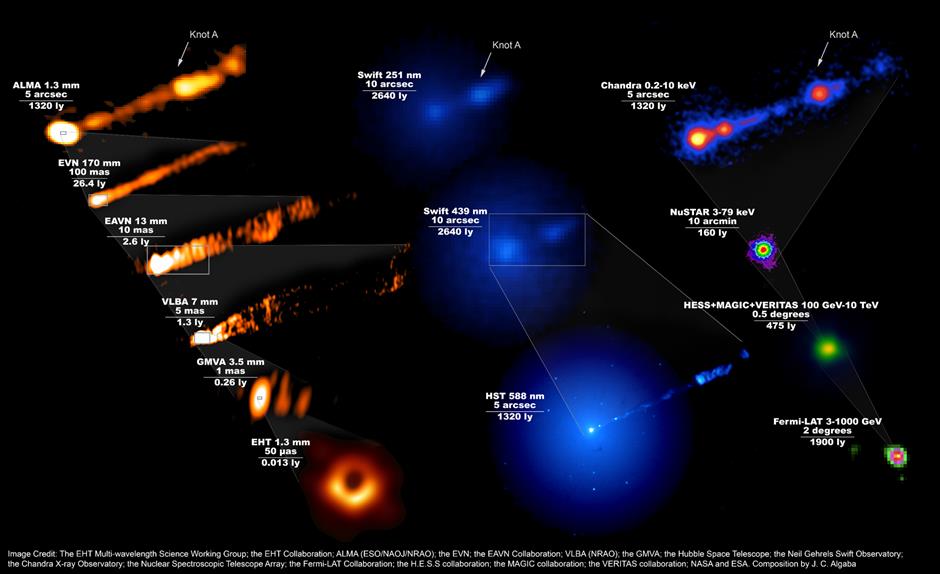 Multi-wavelength observations of the black hole in the M87 galaxy.

Astronomers have obtained “fingerprints” of the first black hole ever to be imaged to decipher the mysteries of the universe.

Globally, 19 telescopes and telescope arrays mapped the electromagnetic spectrum of the supermassive black hole, 6.5 billion times as massive as the sun, at the center of the M87 galaxy about 55 million light years from Earth.

They comprise telescopes in space, such as the Hubble Space Telescope (HST) and the Chandra X-ray Observatory, as well as ground-based telescopes such as Shanghai’s Tianma Telescope and Chile’s ALMA — an array of 66 telescopes that make it the largest of its kind in the world.

Together, they produced the most comprehensive data about the black hole’s wavelengths so far. The spectrum covers a wide range of wavelengths, from radio, microwave, infrared, visible and ultraviolet light, to X and Gamma rays.

A total of 760 astronomers from scientific institutes in 32 countries and regions contributed to the data. They include researchers from the Shanghai Astronomical Observatory, Chinese Academy of Sciences.

“It’s unprecedented that astronomers across the world used some of the world’s most advanced telescopes for one purpose,” said Shen Zhiqiang, head of the observatory.

The telescope, as large as eight basketball courts with a diameter of 65 meters and height of 70 meters, ranks No. 1 in Asia and No. 3 in the world among the same kind of radio telescopes for its overall performance.

It is a member of the East Asian VLBI Network (EAVN) and the European VLBI Network (EVN), the most sensitive VLBI array in the world to perform very high angular resolution observations of cosmic radio sources.

The data can also be combined with those produced by the Event Horizon Telescope (EHT) that captured the first image of black hole to allow astronomers to tackle some of the most challenging questions in astrophysics.

Researcher Jiang Wu said it can help to test and verify Einstein’s theory of relativity. According to Sera Markoff from the University of Amsterdam, the data can help study the transport energy in the black hole jet and its interactions with the environment.

Last week, the EHT launched a new round of scientific observation of the black hole. Tianma is involved. “The observation is still under way. In the future, we will continue to take an active part in international astronomical collaboration,” said researcher Liu Qinghui. 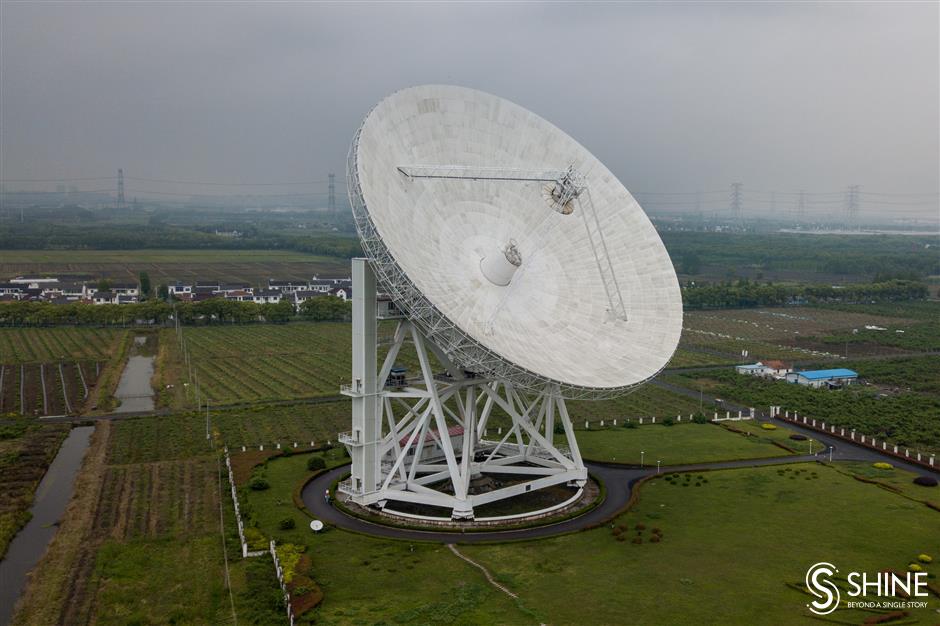