They're off, half marathon returns with 6,000 runners

The 2021 Shanghai Half Marathon attracted 6,000 runners who set off on the 21-kilometer race from Pudong’s Oriental Pearl TV Tower on Sunday morning.

The annual event was canceled last year due to the COVID-19 pandemic.

The number of participants was set at 6,000 this year, down from 15,000 in 2019. Elite athletes from overseas were also absent this year, leaving the podium open to domestic runners.

The race started from the Oriental Pearl TV Tower at 7am.

Wang Zhuang became the first male runner to cross the finish line at the Oriental Sports Center, clocking 1 hour 6 minutes and 57 seconds. The women’s crown went to Zhang Xinyan, who completed the route in 1 hour 13 minutes and 6 seconds. Each won a prize of 50,000 yuan (US$7,785).

The first 200 male and 100 females won quotas for the 2021 Shanghai Marathon, which is scheduled in the second half of the year.

Shanghai endured a round of air pollution on Friday and Saturday due to a sandstorm with PM10 blowing in from the north. The situation eased on Sunday morning, and the air quality returned to good by 1am. 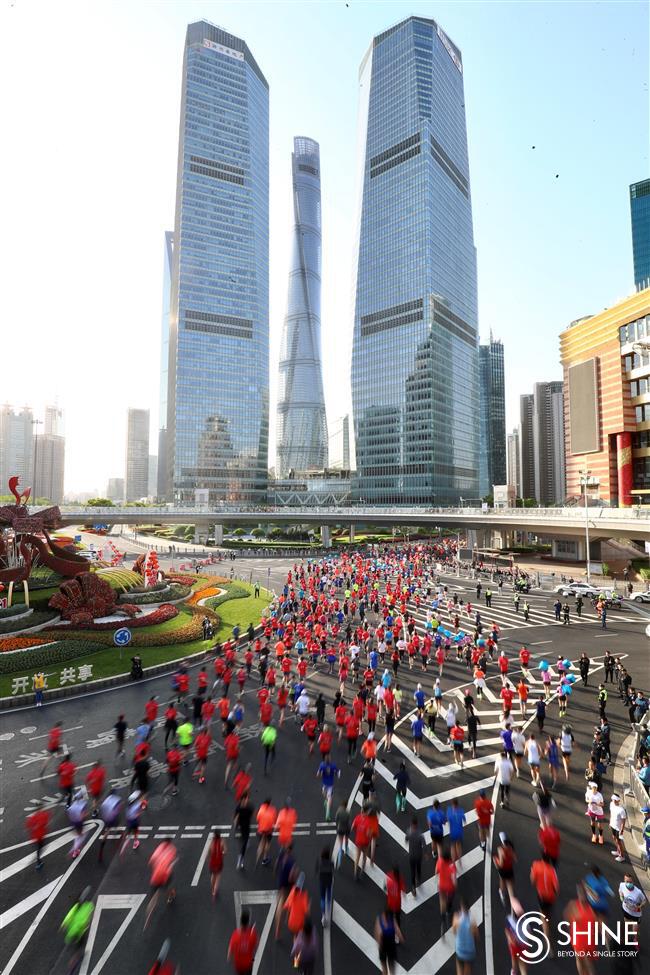 The scale of this year's event is narrowed down to 6,000 runners.

Olympic champion swimmer Le Jingyi joined officials to fire the start gun. According to the organizers, over 99 percent of the runners managed to complete the race.

Some 1,600 front-tier staff and volunteers provided services for the event after passing nucleic acid tests. Fifteen ambulances and 21 medical spots were arranged along the route, with water and snack supply stations set up every 5km.

“It’s a pleasant day for running," runner Li Shengxi told Shanghai Daily. "I'm simply happy to become part of the event after the race resumed this year."  He completed the 21km in 1 hour and 58 minutes.

“This was my first half marathon. I exceeded others, but also got exceeded along the way. The most important thing is to exceed oneself, and I think most runners would agree with me.” 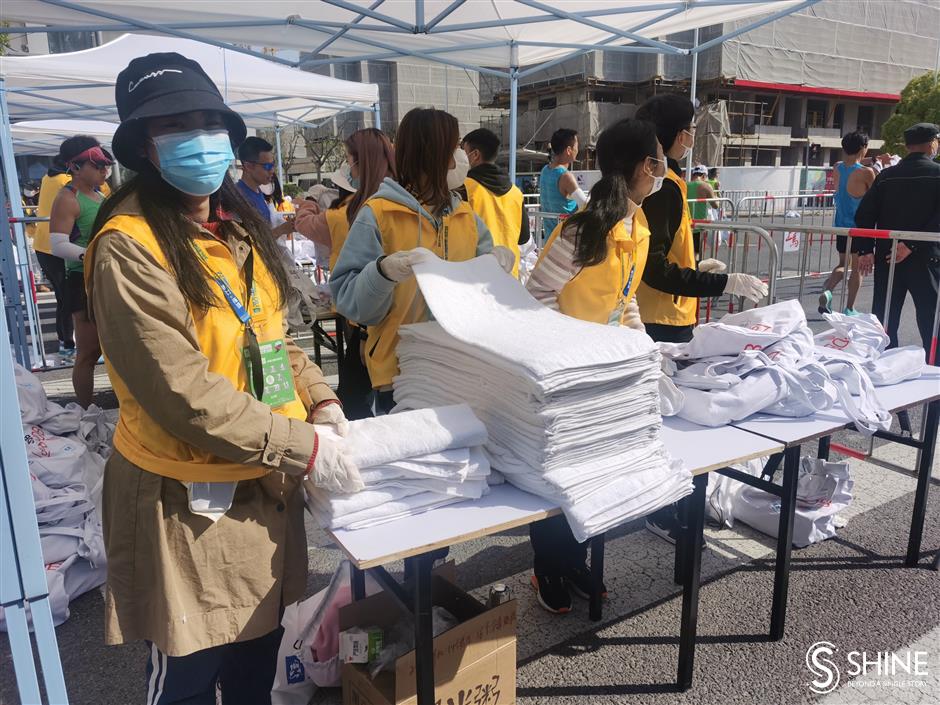 Volunteers give away towels and supply bags to runners at the finish line.