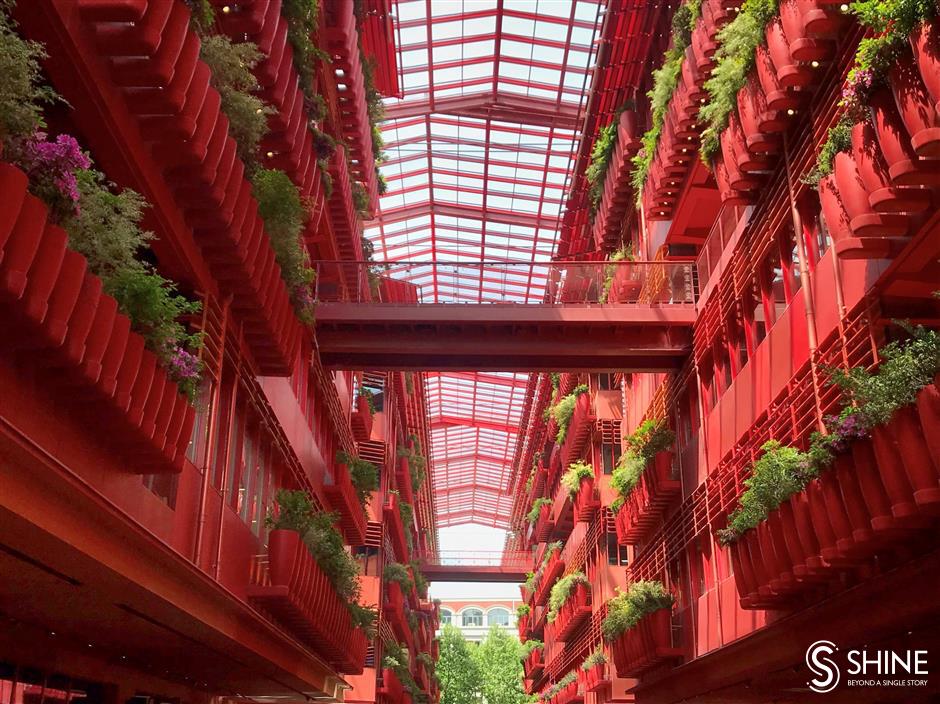 The Floor has become the latest landmark of the Xintiandi commercial zone. 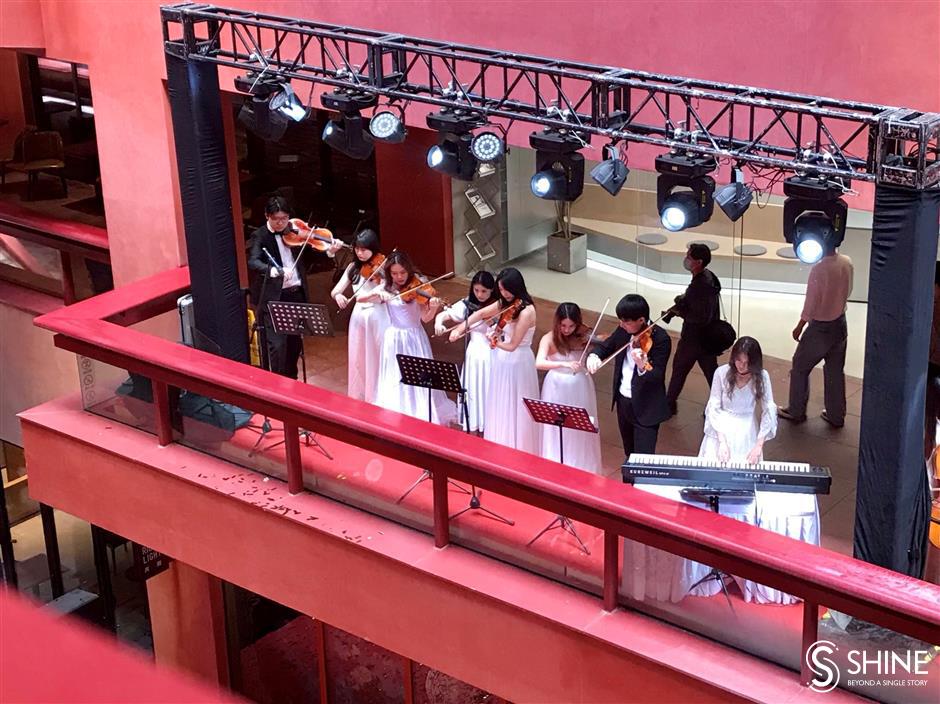 A music concert on a balcony.

The city’s downtown areas are brimmed with art, culture and commerce over the Labor Day holiday.

The Floor, a showy commercial complex that offers a subtle blend of historical charm with modern amenities, has opened in the Xintiandi commercial zone in Huangpu District, creating a new hangout, landmark and photo-taking site.

Standing in the middle of Madang and Danshui roads, it is the first work of renowned French architect and Pritzker Prize winner Jean Nouvel in Shanghai.

“He is a national treasure of France," said French Consul General in Shanghai Benoît Guidée. "He has made great contributions in cultural exchanges between China and France. He has designed the National Art Museum of China in Beijing. Another masterpiece — Pudong Art Museum — will open soon,”

The 45,000-square-meter complex looks more like a welcoming community.

The facades are painted in tender colors, and inside it’s totally red. Exquisite corridors and bridges link stores on two sides, and balconies stretch out to provide venues for flash mob and art activities. About 2,500 potted flowers are hung on walls.

“Shanghai’s past is inscribed into the bricks and mortar of this area," he said. "Between Madang and Danshui roads, I tried to create something that can reawaken forgotten memories. So, it is built into local urban texture — narrow lanes under plane trees. I want to create a new promenade and unique street.”

The complex has 100 percent occupancy. Of them, nearly 60 percent are first stores in Shanghai and more than 20 percent are wanghong (Internet celebrity) stores.

Istituto Marangoni, a reputable Italian school of fashion and design, has opened its first store in the world to sell collections of brands founded by eight of its graduates including RICOSTRU, ATZILUTH and CICI CHEUNG. People will have the chance to receive makeover by stylists from the school. 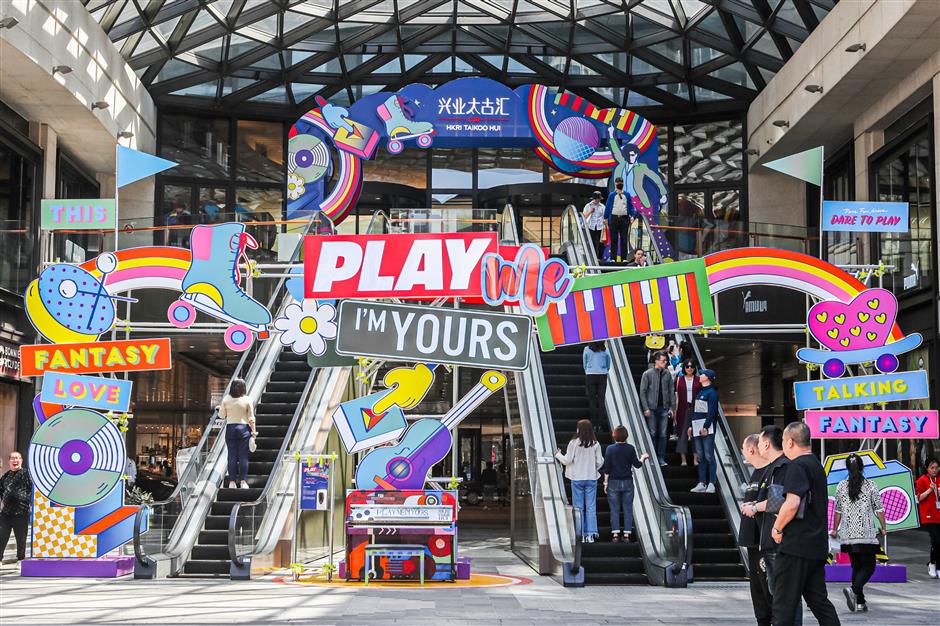 Eighteen hand-painted pianos are inside and outside HKRI Taikoo Hui for people to play free of charge. 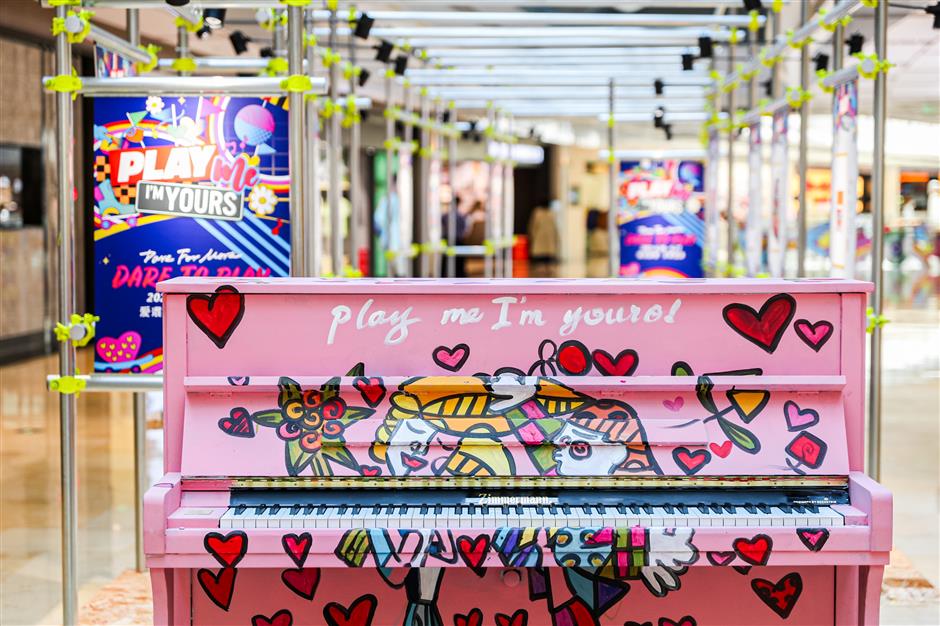 In the pink of condition.

In the HKRI Taikoo Hui mall in Jing’an District, the annual “Play Me, I’m Yours” campaign has returned.

Eighteen hand-painted pianos “popped up” inside and outside the mall, available for anyone to play, free of charge. The artwork on the pianos, featuring sharp colors and cartoon figures, represents street art.

Last year, it collaborated with the China Soong Ching Ling Foundation and World of Art Brut Culture to invite artists and students to paint 17 pianos. Two were sent to the Shanghai Children’s Hospital and Jing’an Zhabei Central Hospital.

This year, it will work with the Jing’an Youth League Committee to hold a piano competition to celebrate the 100th founding of the Communist Party of China.

“I don’t have piano at home. It’s good that I can play piano for free. I’ve been learning playing piano for four years. I hope that one day I can hold a concert." 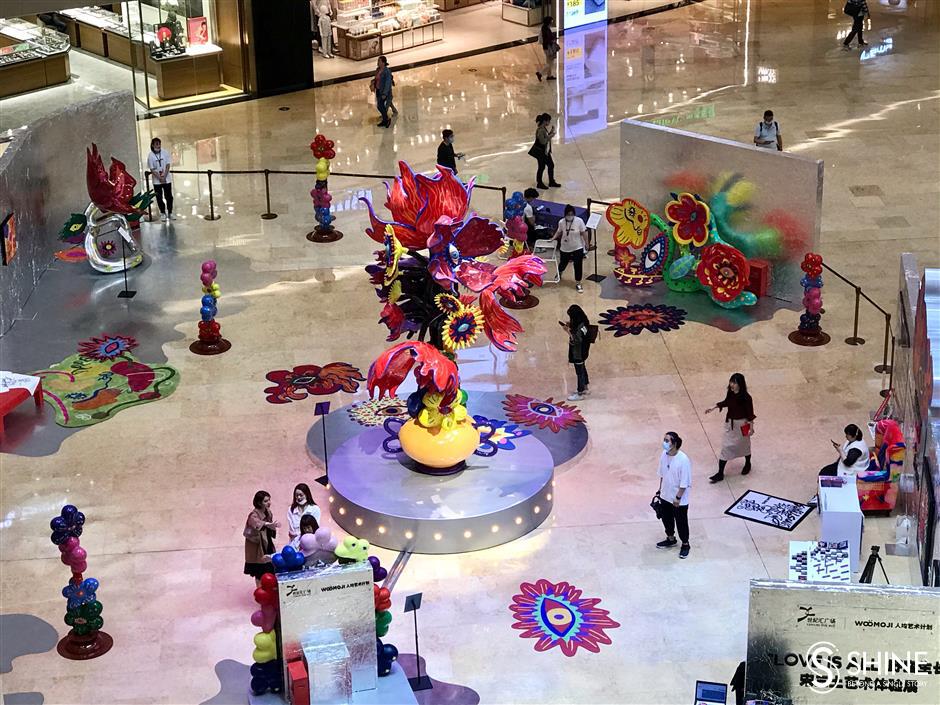 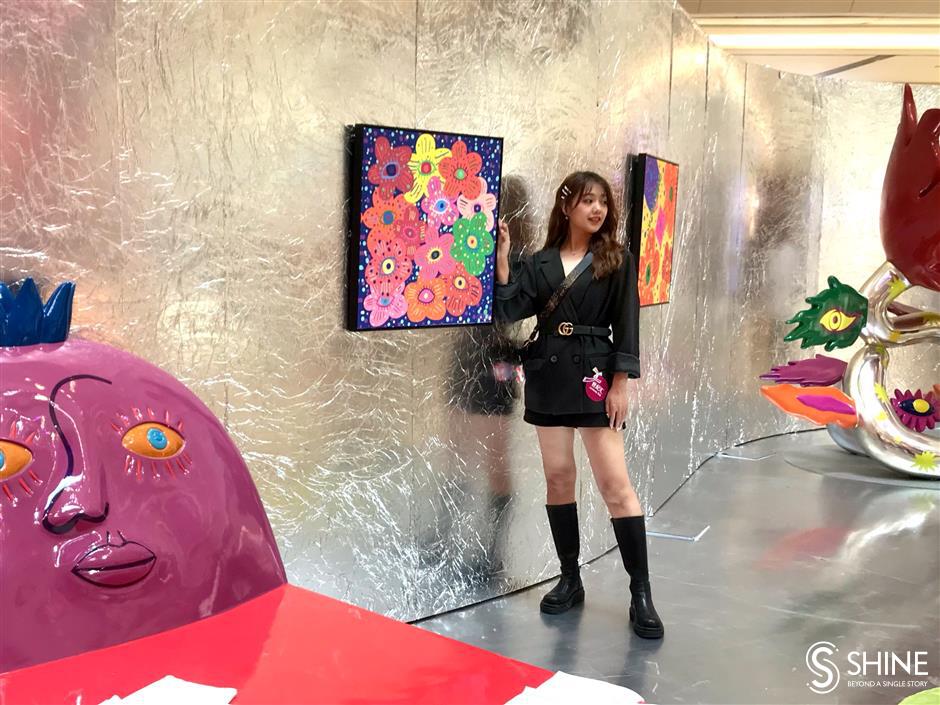 The paintings are popular.

In the Century Link Mall in the Pudong New Area, an art exhibition has opened.

Called “Love it all,” it features giant art installations of showy flowers and theatrical human faces, mostly made from fiberglass. Artist Song Santu said she hopes to explore the relations between universe, female and plants.

The exhibition invites people to interact with the works. Tomorrow, Song will work with visitors to together finish a new work of art.

Through to May 9, the art installations are displayed on the LG2 floors. From May 9 to June 2, they will be placed on every corner, turning the mall to an immersive art museum.

“We hope to create an art exhibition that everyone can take part in,"  said Ren Zhi, chief executive of the mall. "Art can inject vitality to our lives."