The cloud-computing platform based on government-enterprise cooperation can monitor the energy consumption of enterprises with huge power consumption and provide the government with a map of carbon dioxide emission data.

The platform, mainly developed by the State Grid Shanghai Pudong Power Supply Co, integrates data from electricity, water and gas supplies. The energy consumption and carbon emission data of some 6,500 enterprises will be monitored by the system.

It is the first smart energy cloud-computing platform for the energy sector in China, said Chen Yun, director of the company's Internet office. 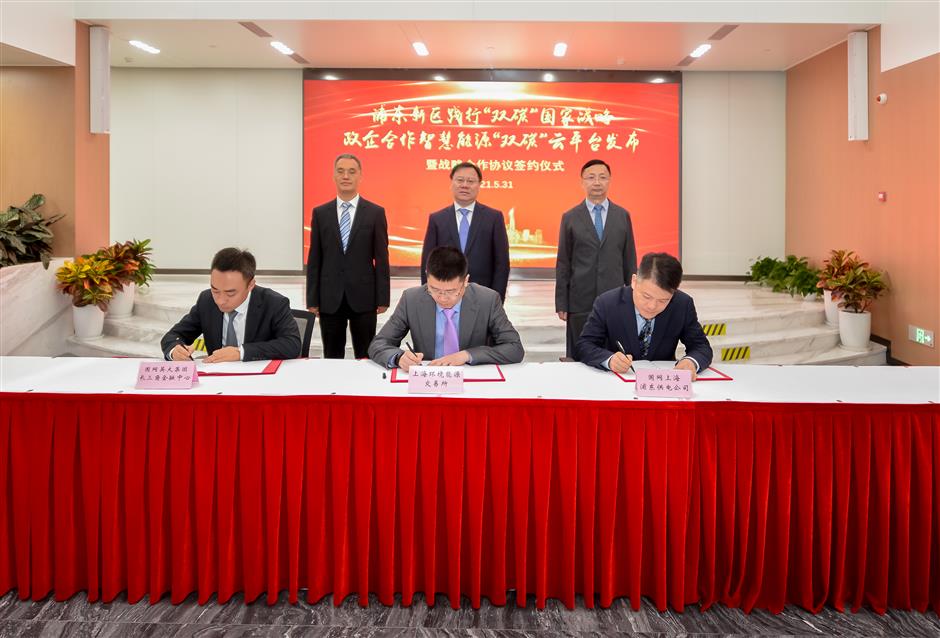 A strategic cooperation alliance is launched to help achieve carbon neutrality in the Pudong New Area.