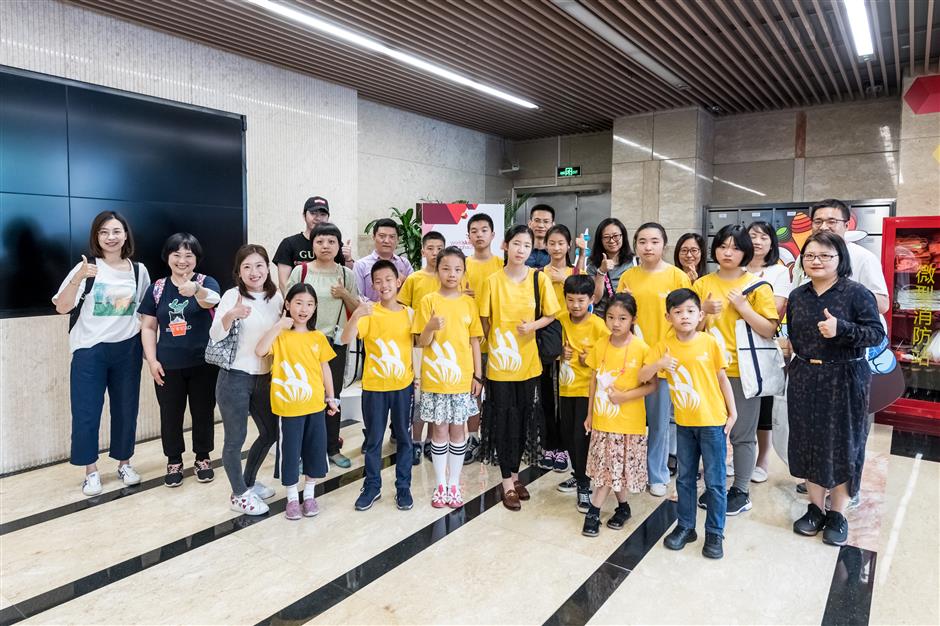 Preparing special drinks for air passengers, making wooden robots, and using oil paints were some of the activities at a "Meet the WorldSkills Competition and Light Up the Lamp of Skills" event organized by WorldSkills Shanghai 2022 Executive Bureau to celebrate the International Children's Day.

"I'm so happy to take part in these activities. I really like everything relating to skills," said Yan Xuyang, a third-grade primary school student.

Children learn how to deal with emergency situations during a flight.

In a dynamic simulation training cabin of a A330 aircraft at the China Eastern Airlines Technology Application Research and Development Center, 12 young ambassadors for the competition and their parents learned how to deal with emergency situations during a flight.

Chen Yifan and Wu Jiani, two medal winners of the restaurant service competition in former WorldSkills Competitions, told children of their experience in the competition and taught them how to make alcohol-free cocktails. The children quickly mastered the use of brewing tools and presented their parents with their own special cocktails.

"Children's understanding and passion for the skills are beyond my imagination, and their unconstrained creativity has also inspired me a lot," Chen said. "I hope the skills can be their lifelong best friends." 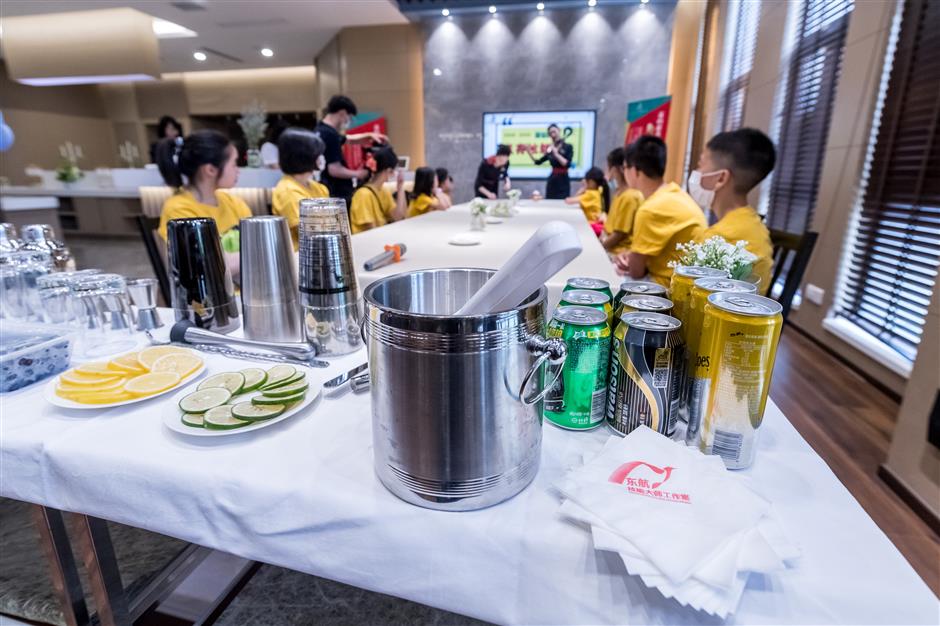 Polished by sandpaper, a wooden block gradually became smooth with white chips falling off. Under the guidance of staff from Stanley Black & Decker, children's creative ideas were brought into reality by using professional tools.

"Our purpose is to help children master the use of various tools, give full play to their subjective initiative, and help them create their own work," said Chen Songyan, the company's general manager.

Yin Yilu, the youngest of the 12 children taking part, successfully mastered the correct use of an electric drill and made a small robot with three heads and six arms with the help of staff.

"My little robot is the best! It can fly in the sky and help more people have a better life," Yin said. 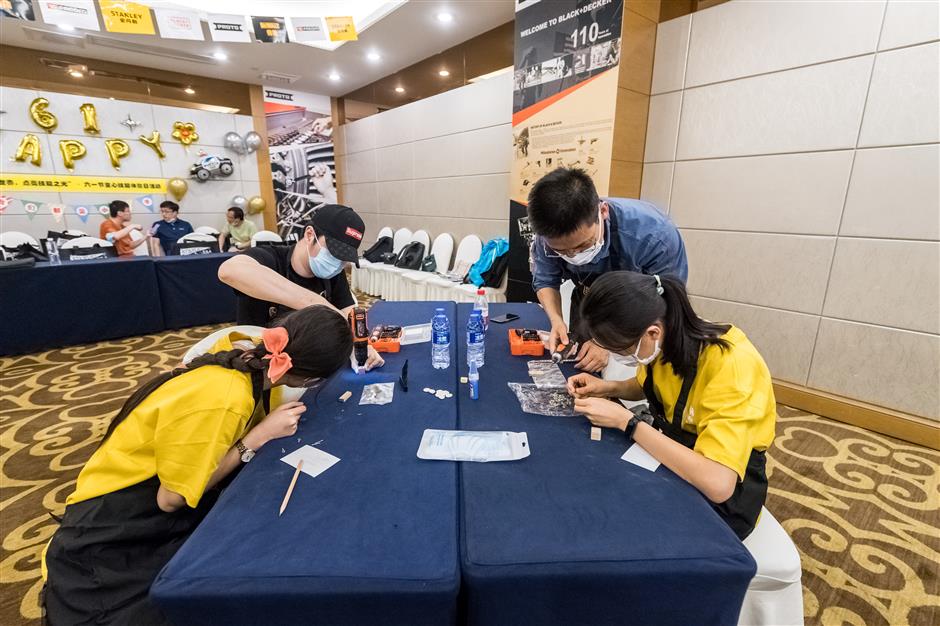 Source of happiness for children

"I have learned how to draw sketches which are all black and white. I didn't try to use so many colors before. Although coloring is simpler than sketching, it is more interesting," Zhuo Ran, a seventh grader said while drawing.

After 90 minutes, a six-meter scroll was filled with colors by the children. The scroll painting was sketched by wall-painting artist Pazko, who was invited by Nippon Investment Co. The children used Nippon environmental oil paint to color in the scroll. The pictures on it incorporated various architectural elements such as the Huangpu River, the Lujiazui complex, the Bund, as well as mascots of 46th WorldSkills Competition – Nengneng and Qiaoqiao.

"I hope that skills can become a source of happiness for children, and that colors can create dreams for children and send happiness and joy to children," said Cai Zhiwei, Nippon's president of brand public relations.

To further the domestic and foreign influence of the competition, more promotional activities are planned from now to July next year. 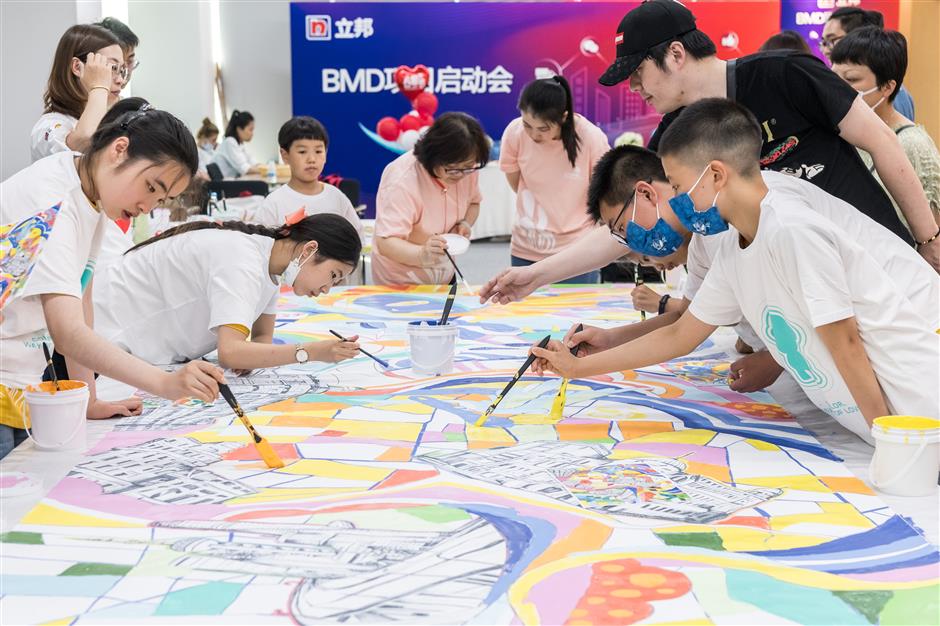