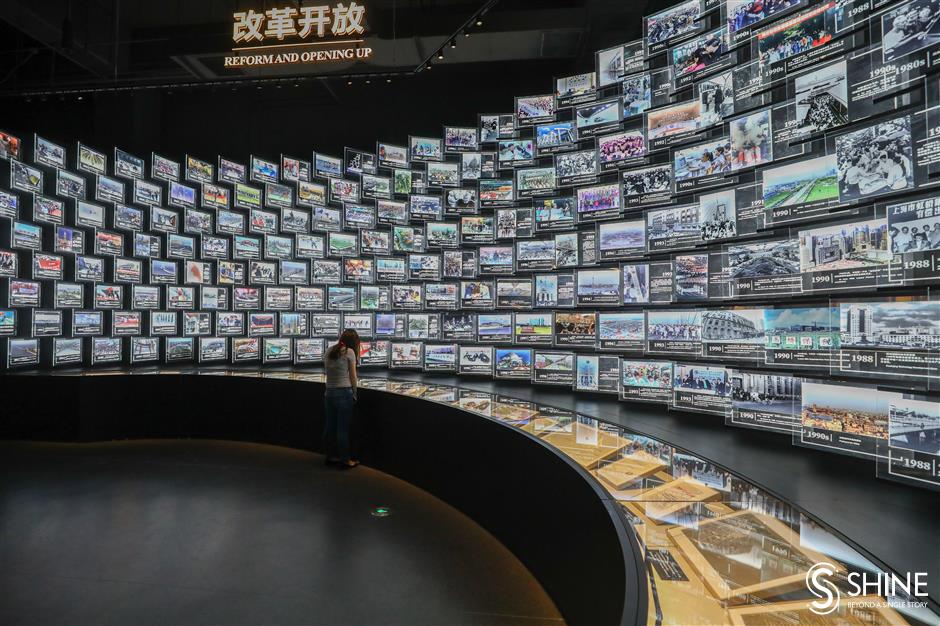 An exhibition on reform and opening-up at the new Shanghai Archives.

The new site of Shanghai Archives has opened to the public free in the Pudong New Area. It is China's biggest provincial-level archives.

The site on Baiyang Road features an exhibition on Shanghai's history since it opened its port in 1843 and visitors can search the archives free.

Some 4.6 million pieces of archives are collected in the new complex, which includes a 17-story warehouse building, a four-story technical building and a five-story public service center, which is open to visitors who make reservations.

Visitors can check historical documents, see exhibitions, read books, listen to lectures and socialize with others.

The old site in a Bund building has limited storage and exhibition space. But it is still in operation.

The archives service center in the new site covers about 1,000 square meters. Visitors can check digital, paper or tape versions of documents as well as government files. About 100 people can search and browse the archives at the center at the same time.

An exhibition about the city's development over the past 170 years has opened at the new archives.

"Some 1,000 most precious archives are selected from the collection to review the history and development of the city from a fishing town to a metropolis," said Zhang Yaojun, a deputy director at the archives.

Visitors can check historical documents at an archive service center.

The permanent exhibition recalls the port opening of Shanghai, the founding of the Communist Party of China, the Chinese War of Resistance against Japanese Aggression (1931-45), the liberation of Shanghai and the reform and opening-up. Many of the documents are being shown for the first time.

The earliest land regulation of the concessions in Shanghai is displayed at the beginning of the exhibition. The historical document released in 1845 marks the establishment of the first foreign settlement in the city.

Historical photos of the city's landmarks such as the old Shanghai Railway Station and Yuyuan Garden as well as the Zigzag Bridge are also on show.

The original documents of the Greater Shanghai Plan review the blueprint to move the city's downtown and key governmental facilities to the Wujiaochang area in northeast Yangpu District around the 1930s. Though the plan has never been realized, many historical structures have been preserved, such as the former Shanghai Library, which is now the Yangpu Library.

The design charts of the Waibaidu, or Garden Bridge, are being displayed along with a major renovation plan for the Bund architecture in 1930.

A photograph taken in 1933 on the Bund not only shows the original exotic architectural styles, but also the busy shipping ports in the Lujiazui area, said Zhang.

The first and second full Chinese editions of "The Communist Manifesto."

Shanghai's prosperous businesses are highlighted in the exhibition. Key exhibits include old photographs about the four big Chinese department stores on Nanjing Road – Wing On, Sincere, Sun Sun and The Sun.

The founding of the Party in Shanghai is a key section of the exhibition.

The first and second full Chinese editions of "The Communist Manifesto" translated by linguist and educator Chen Wangdao are on display. There are only five original first editions in Shanghai.

The other four are stored at the Memorial of the First National Congress of the CPC, Shanghai Library, Library of Shanghai Academy of Social Sciences and Luxun Museum, said Zhang.

A group of photos show the earliest sites of the Archives of the CPC Central Committee, which were hidden in local residential neighborhoods. Over 20,000 pieces of archives stored in the secret sites have been preserved.

Manufacturing reports of China's first 10,000-ton hydro-press machine from the Jiangnan Shipyard and the Fenghuang (Phoenix) car, a domestically manufactured limousine, are also on display to showcase the city's industrial achievements. 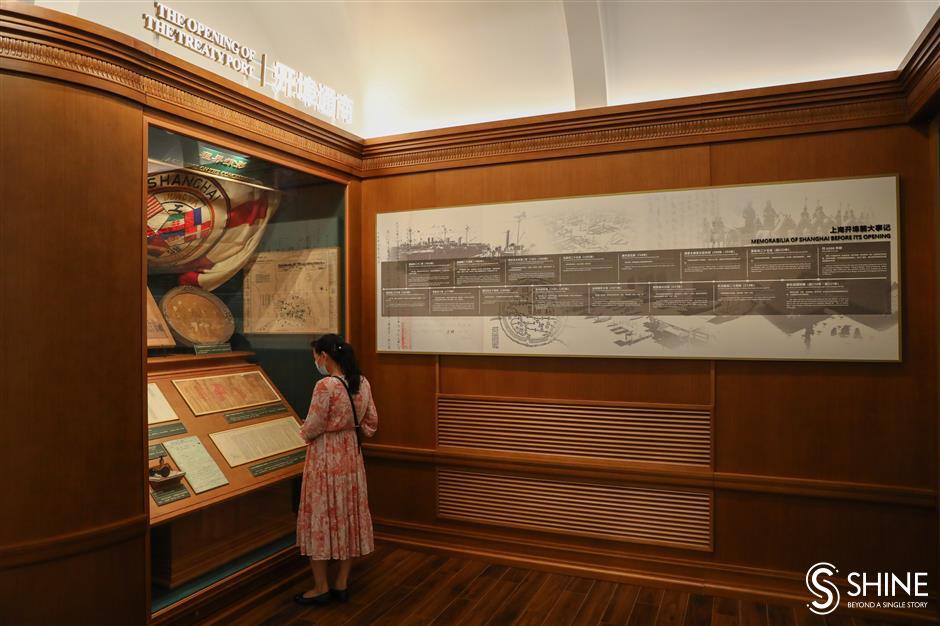 A visitor reads information about the opening of Shanghai's port in 1843. 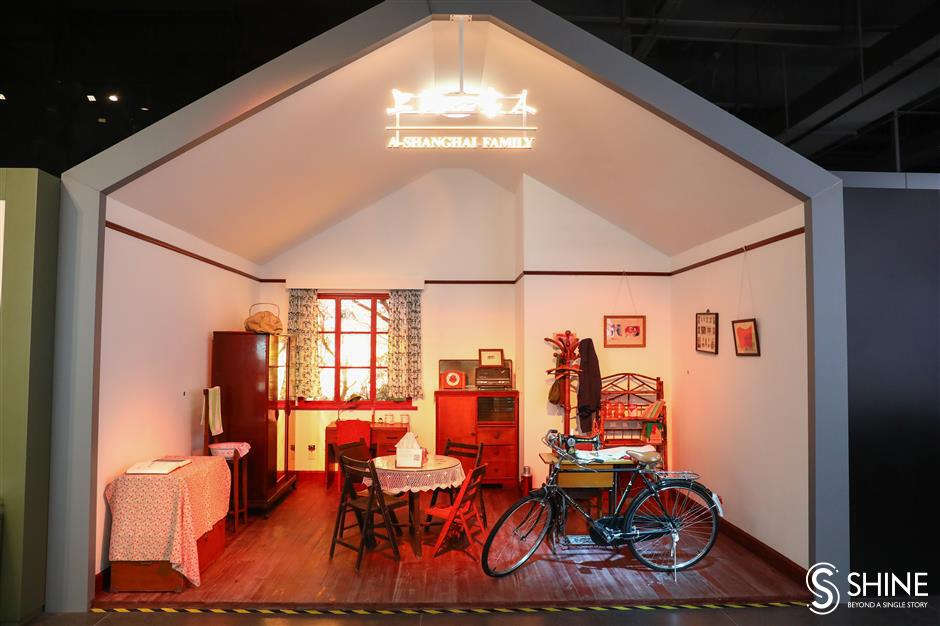 The interior of a typical Shanghai home in the 1970s.

The exhibition about the liberation of Shanghai in May, 1949.