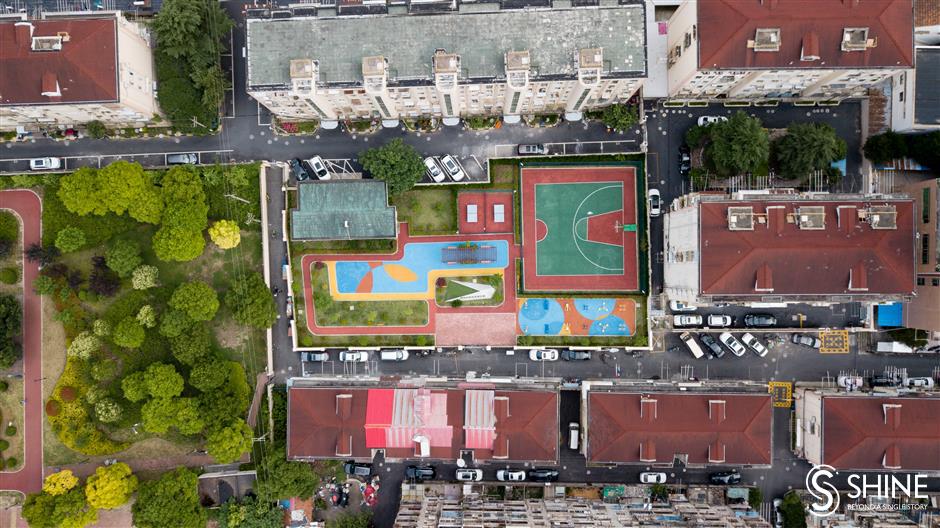 The Shanghai Urban Space Art Season 2021, the third session since it was initiated in 2015, will be held in multiple communities, such as the Xinhua and Caoyang, between September 25 and the end of November.

A key exhibition will be held at Columbia Circle in downtown Changning District, while 21 model neighborhoods across the city's 14 districts will host the rest of the events, Wang Weiren, deputy secretary general of the city government, said at a press conference today. 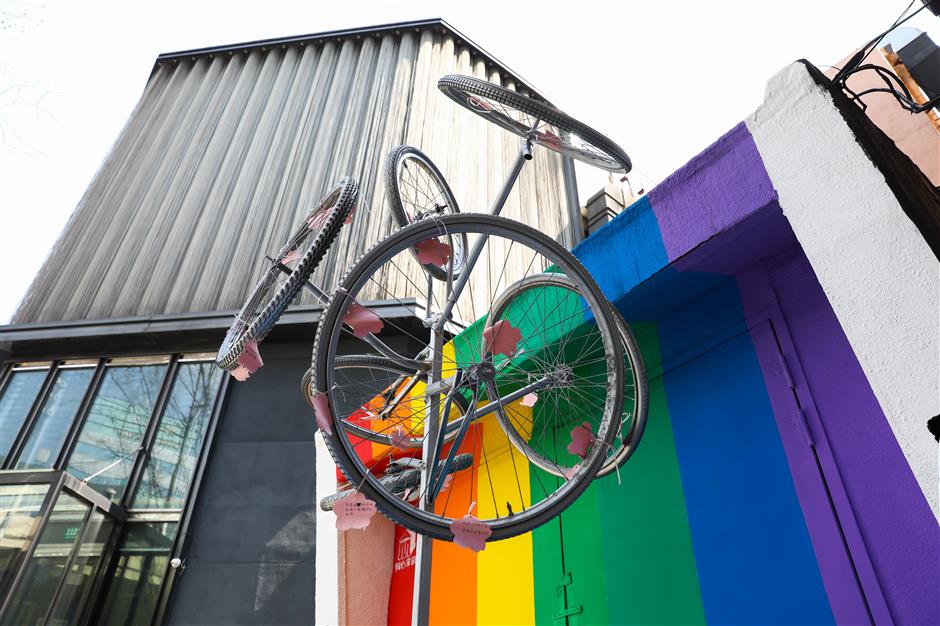 A community artwork in Jing'an District.

More than 180 projects have been completed, mainly in Xinhua Road Subdistrict and Caoyang Community, known as China's first workers' community built in the 1950s.

Locals and tourists can learn about the practices of model communities by visiting the neighborhoods, taking in the community artworks and talking with residents.

China's Ministry of Natural Resources has listed the Shanghai's "15-minute circle" construction as a pilot project to be promoted nationwide. A guide on community life circle planning has been released and will take effect on July 1, said Li Feng, deputy director of the ministry's planning bureau.

"It has become a global trend to create a healthy, safe, green and dynamic urban life with various community life circles," said Li. "China's urban communities have their own characteristics, such as high population density and close neighbor relationships."

The urban space season is expected to drive exchanges and studies among experts and urban managers from China and abroad to help build the "15-minute community-life circle" with Chinese characteristics, she added.

The city's previous urban space art seasons were held at former industrial sites, including the Huangpu River waterfront in Yangpu District, a renovated aircraft hangar and an old grain silo that was once the largest in Asia.