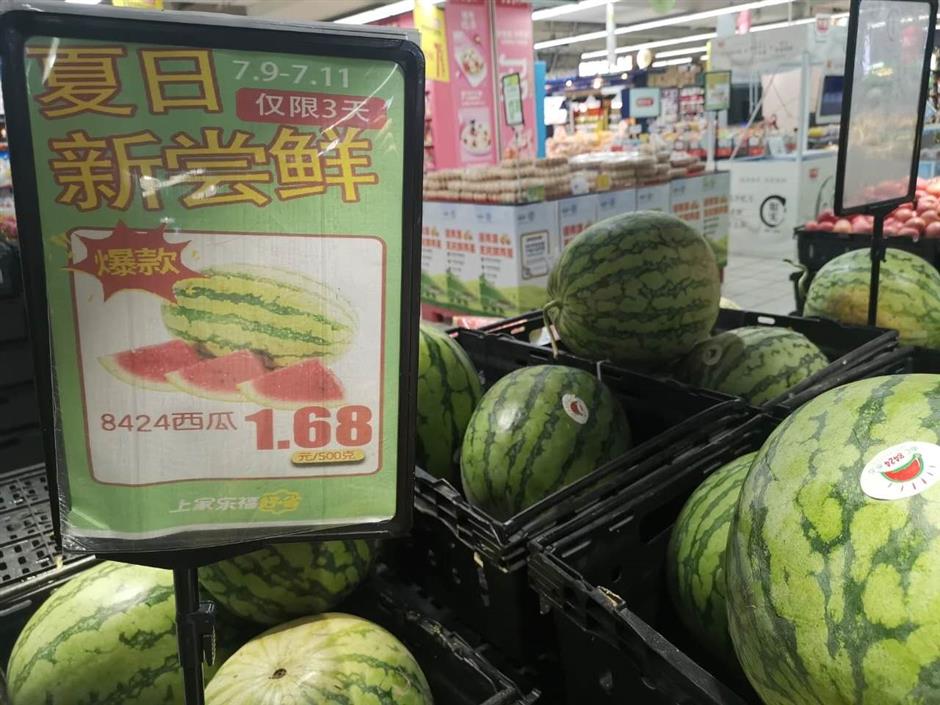 The 8424 watermelons sold at Carrefour. 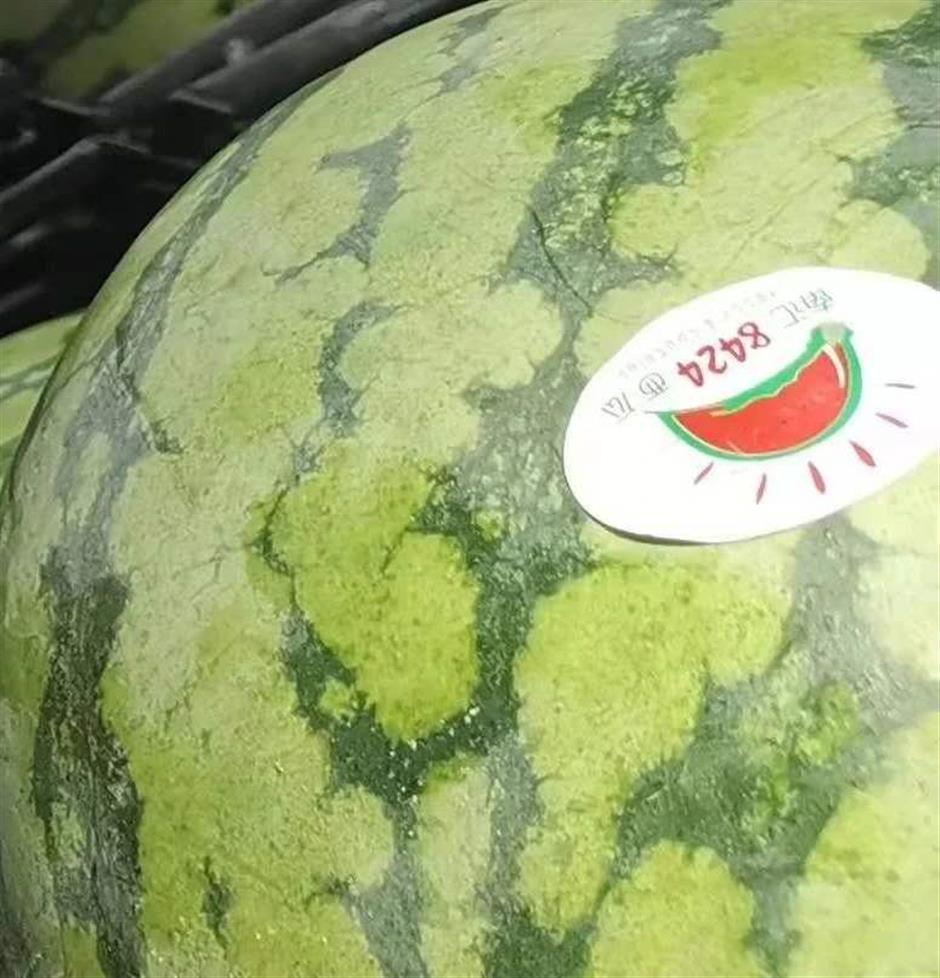 The trademark on 8424 watermelons.

Carrefour has become entangled in a fake 8424 watermelon accusation made by the Shanghai Consumer Council.

8424, a well-known local watermelon variety from the suburban Nanhui area of the Pudong New Area, is treasured for its sweet and juicy taste.

It has become a nationally renowned brand, with a value of 250 million yuan (US$38.58 million).

8424 means No. 24 watermelon from a series of trials to develop new species of watermelon in 1984.

The local council on Saturday said it received complaints from the public saying the watermelons tagged 8424 sold by Suning Carrefour in Shanghai were not authentic.

The trademarks attached to the watermelons sold by the supermarket were different from the registered ones, the council found.

All 8424 watermelons are attached with a QR code enabling the tracking of their origin, while the code was absent on these watermelons.

The council has ordered Suning Carrefour to reply to consumers' concerns. 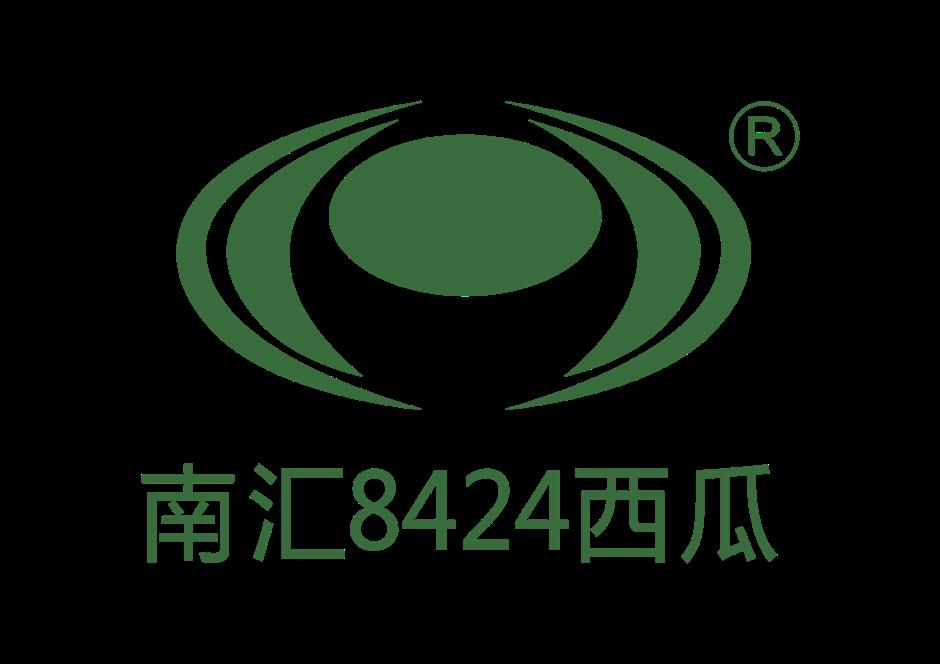 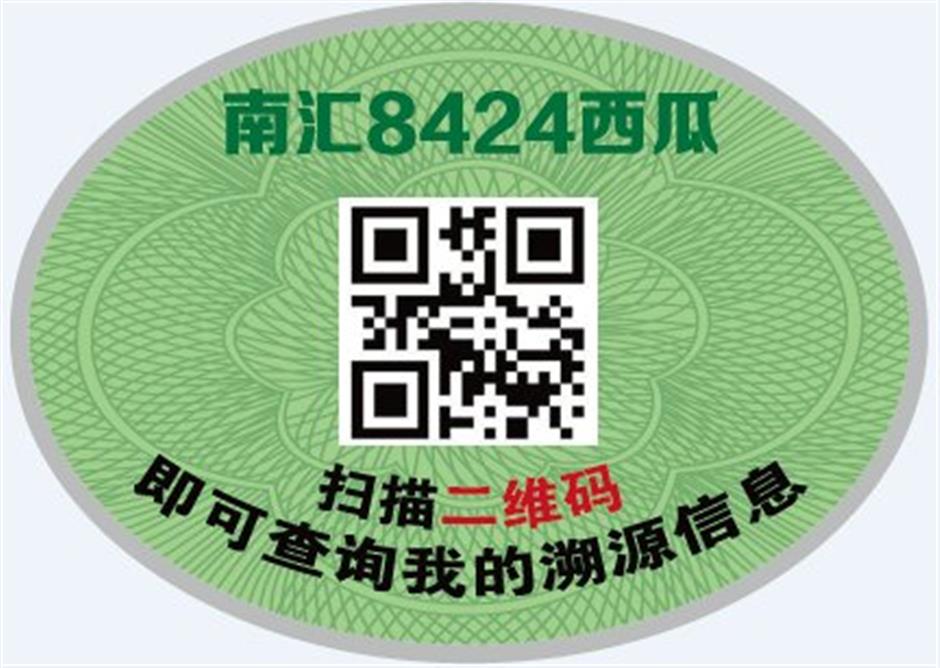 8424 watermelons have a QR code enabling the tracking of their origin.