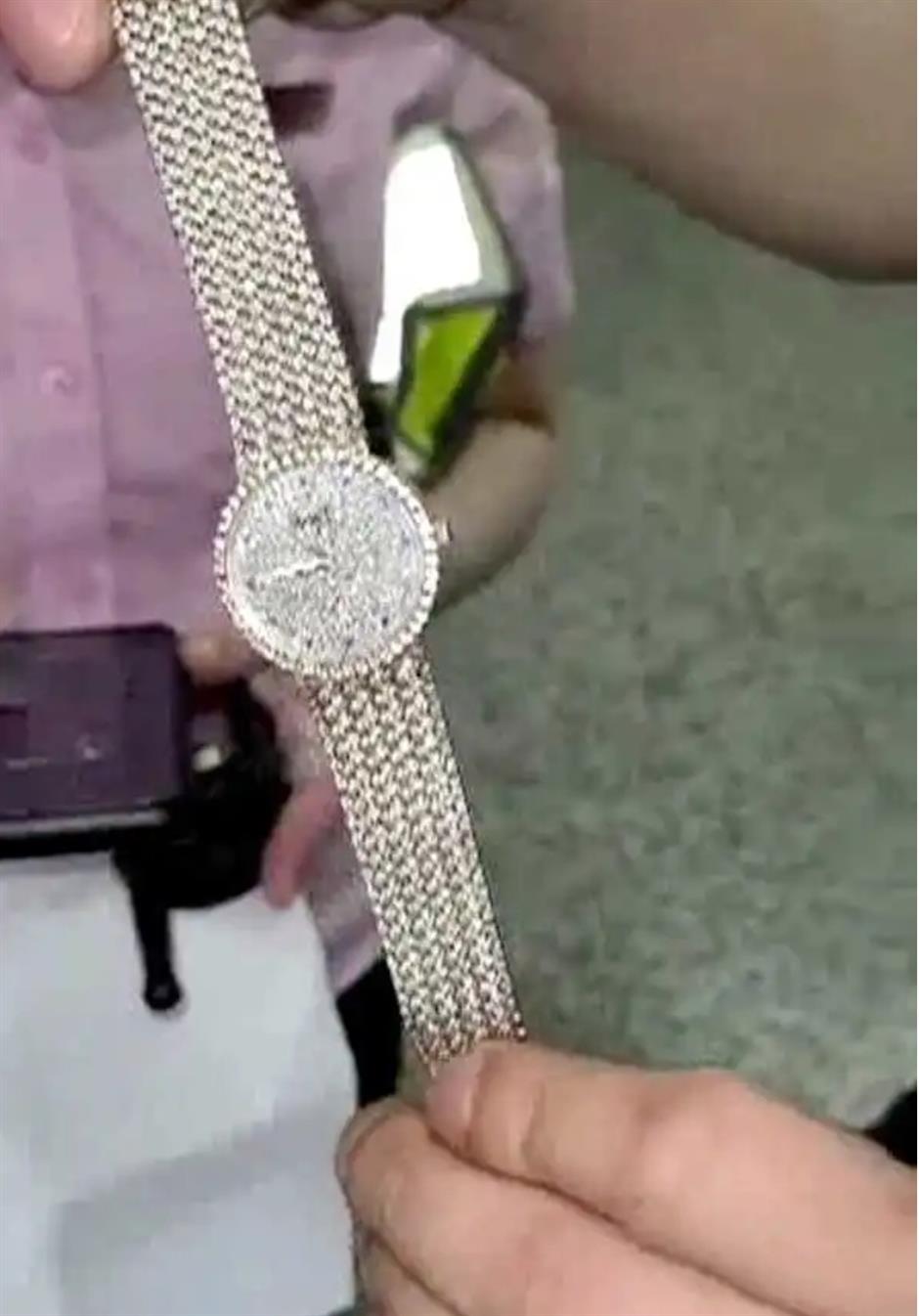 The lost and found watch, which its owner claimed to be a Piaget worth 700,000 yuan.

A Metro passenger whose luxurious watch fell into the rails got it back in one piece, Shanghai Metro said today.

The incident took place on the morning of June 27 at the Zhenping Road station on Line 7.

The passenger, a man surnamed Li, sought help from station staff after his watch fell into the narrow space between the rails and platform.

Since Metro employees were not able to retrieve the watch while trains were still operating, they had to wait until the trains stopped running that day.