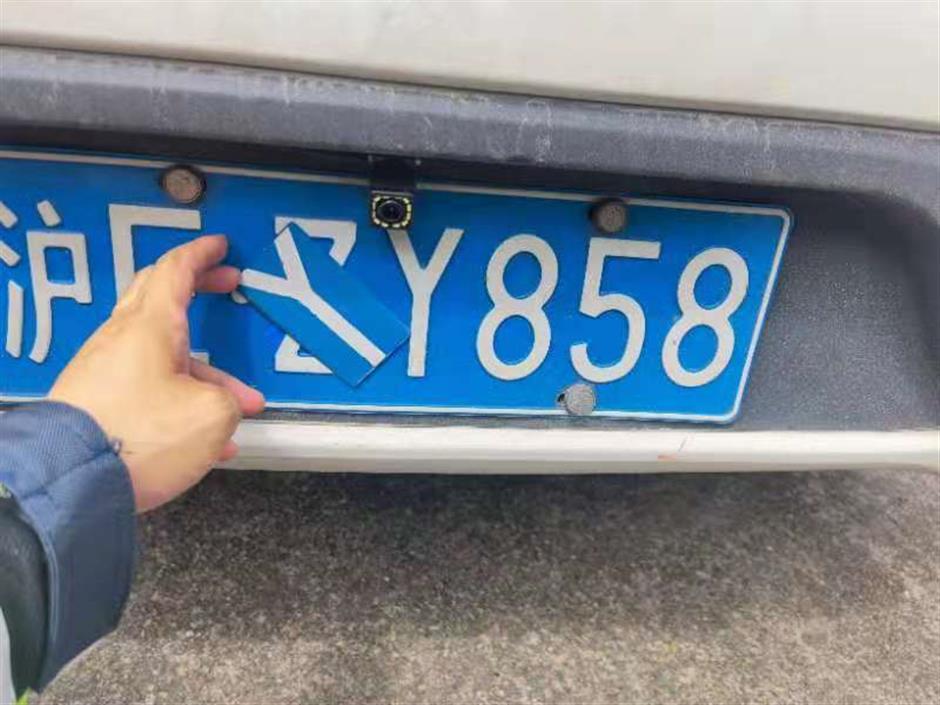 A man has been detained and fined after committing several traffic offenses within a short period of time while driving his car with an altered license plate, Shanghai police said today.

On June 17, a police officer from Pudong traffic police who is in charge of issuing fine notices to traffic offenders caught by street cameras noticed a car with a strange license plate.

One of the letters on the plate seemed to be pasted to it, and the car had 10 offenses since June 1, including running several red lights, which is quite unusual, police said.

An investigation confirmed the officer's suspicion and found the driver of the car, a man surnamed Yan, covered the letter Z with Y on the plate.

Yan was caught on the morning of June 22, and by then had 15 traffic offenses since June 1, including eight for running red lights.

He will have to take a driving skills and written test on traffic rules in order to drive again. 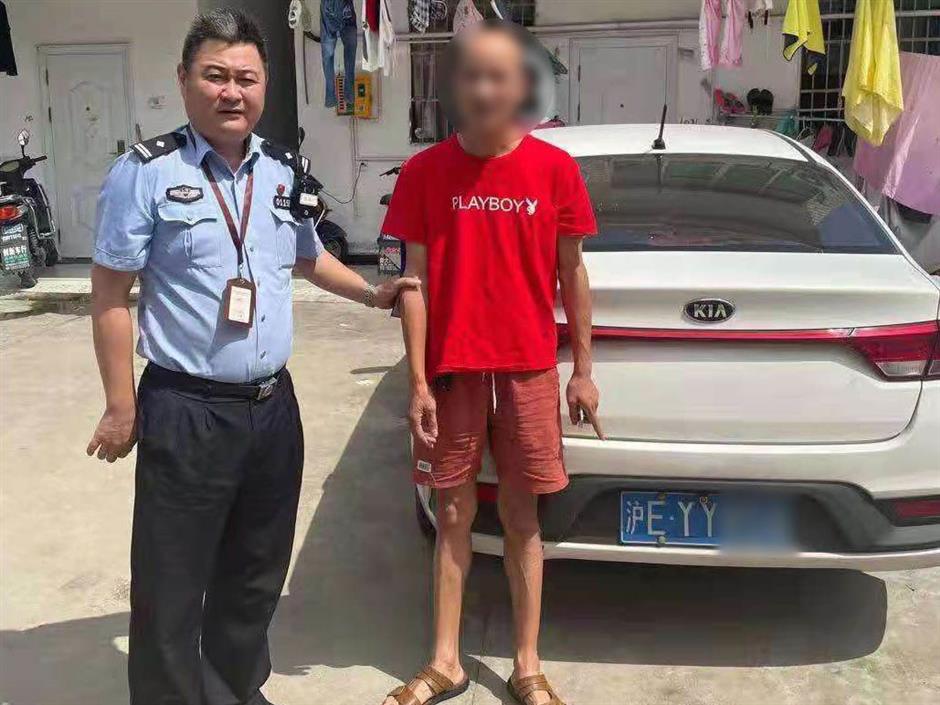 The man surnamed Yan is apprehended by the police on June 22.