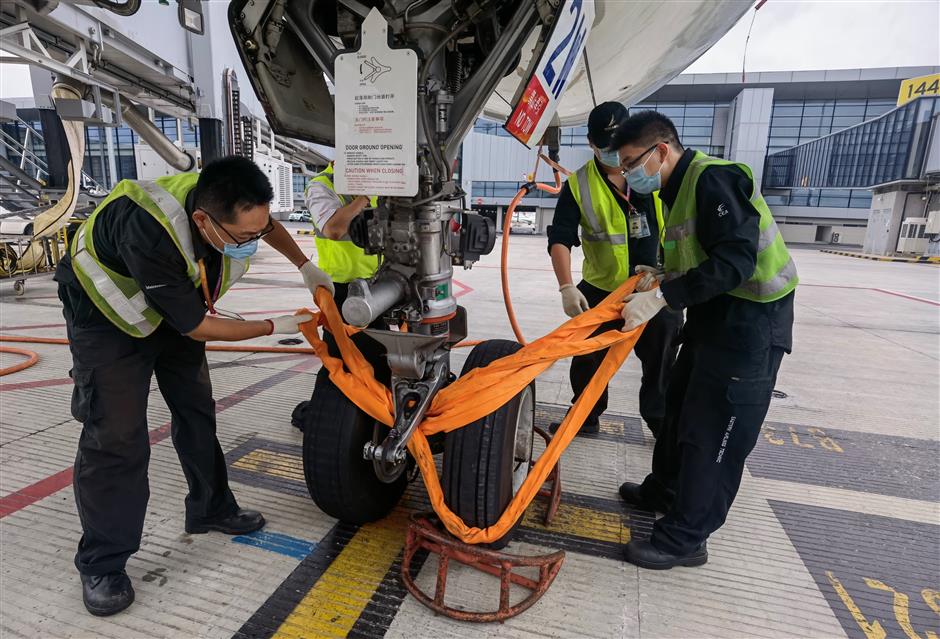 China Eastern staff secure an aircraft to the tarmac at the Pudong airport.

All passenger flights at Shanghai's Pudong and Hongqiao airports will be cancelled on Sunday as Typhoon In-Fa is set to make landfall in neighboring Zhejiang Province.

Due to the impact of the typhoon, all the arriving and departing passenger flights have been grounded for Sunday at the two airports, the Shanghai Airport Authority said in a statement on Saturday night.

With the typhoon approaching, Pudong International Airport had canceled 447 flights as of 1pm, while Hongqiao airport canceled 66, according to the airport authority.

Travelers are reminded to check their flight information regularly with the airports or airlines. 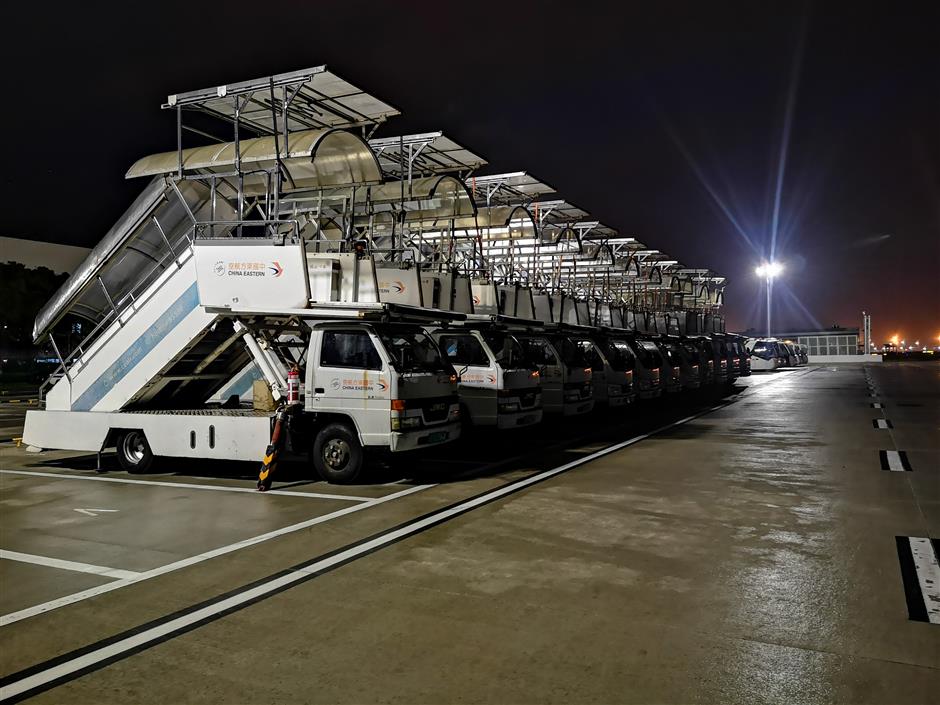 China Eastern has secured all its vehicles at the Pudong airport.

The air traffic controller has issued the highest alert for flight delays at both airports and expects their takeoff and landing capacity to be reduced by 80 percent till midnight of Monday.

China Eastern initially announced to cancel all its flights at Shanghai's two airports. It has cancelled a total of 1,090 flights at eight airports in Shanghai and Zhejiang Province.

The Shanghai-based carrier has secured all its vehicles at the city's airports, while aircraft at berth overnight have been secured to the tarmac with cables. More airport service and crew members have been dispatched to serve stranded passengers at both airports.

China Southern later announced to cancel all flights at seven airports, including Pudong and Hongqiao, as well as Hangzhou, Ningbo, Yiwu, Wenzhou and Taizhou in neighboring Zhejiang.

The Shanghai-based Spring and Juneyao airlines have also suspended all its flights in Shanghai and several neighboring airports for Sunday. 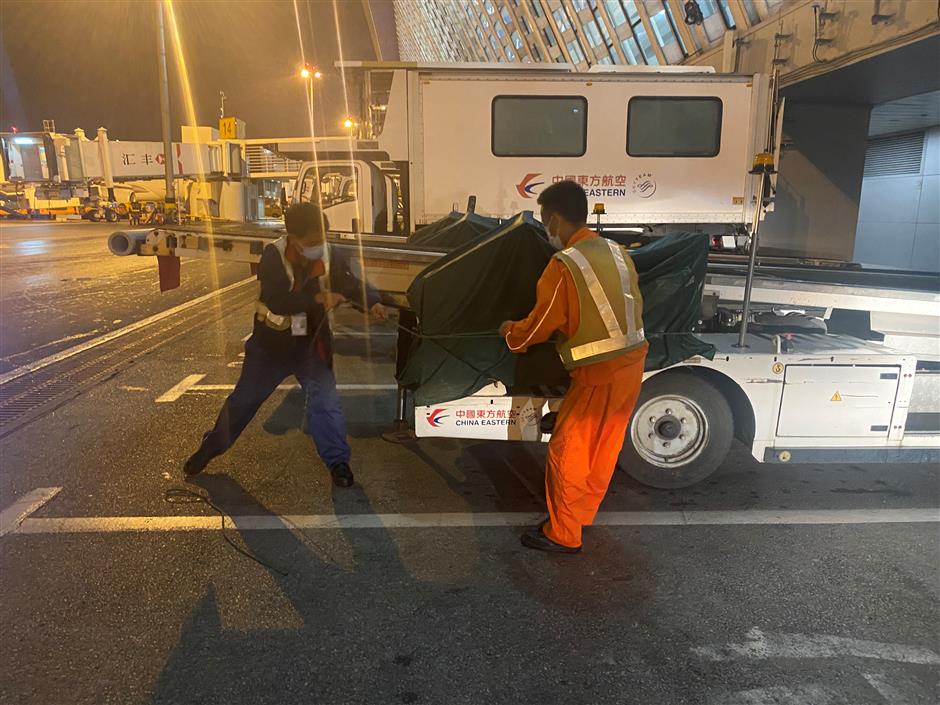 China Eastern staff secure a vehicle to the tarmac at the Pudong airport.