Waterfront park turned into trash dump due to In-Fa 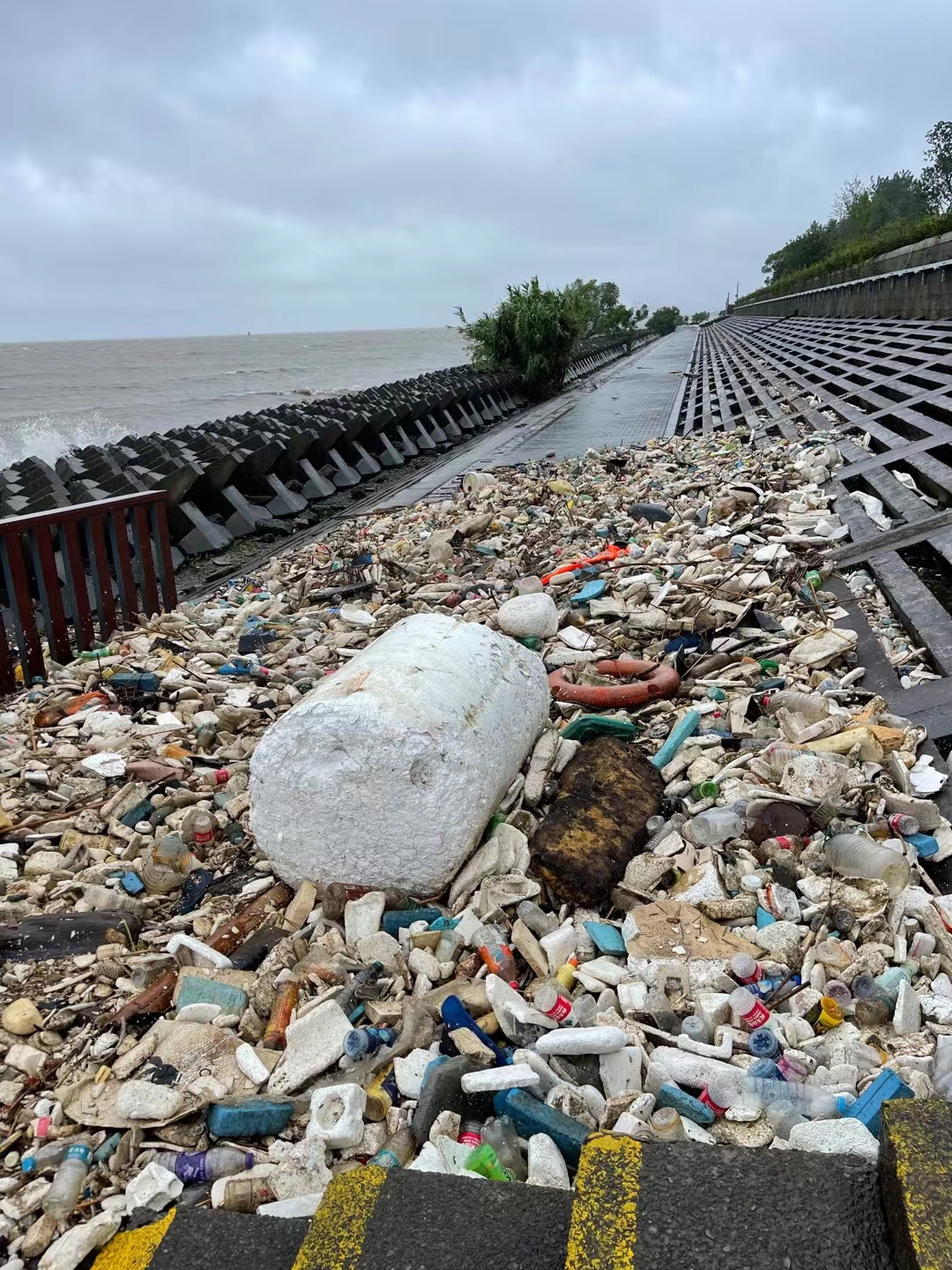 A massive cleanup will be conducted at Shanghai Binjiang Forest Park in the Pudong New Area on Saturday after its waterfront platforms and 2-kilometer-long bank were turned into a trash dump.

A shocking amount of garbage from the river and ocean was deposited by Typhoon In-Fa onto the platforms, and most of it are wood, plastic bottles, bags and foam, and wine bottles, the park operator said.

The park at the confluence of Huangpu River, Yangtze River and East China Sea has three waterfront platforms and their enclosures were damaged by In-Fa.

"What people have disposed into sea was sent back," said Bi Qingsi, director of the park. "Many people have contacted us, expressing willingness to help clear the trash."

The park operator welcomes volunteers for the cleanup and application details will be announced on the park's WeChat account. Cleanup gear will be provided.

The park's reopening date is yet to be announced and depends on weather conditions.