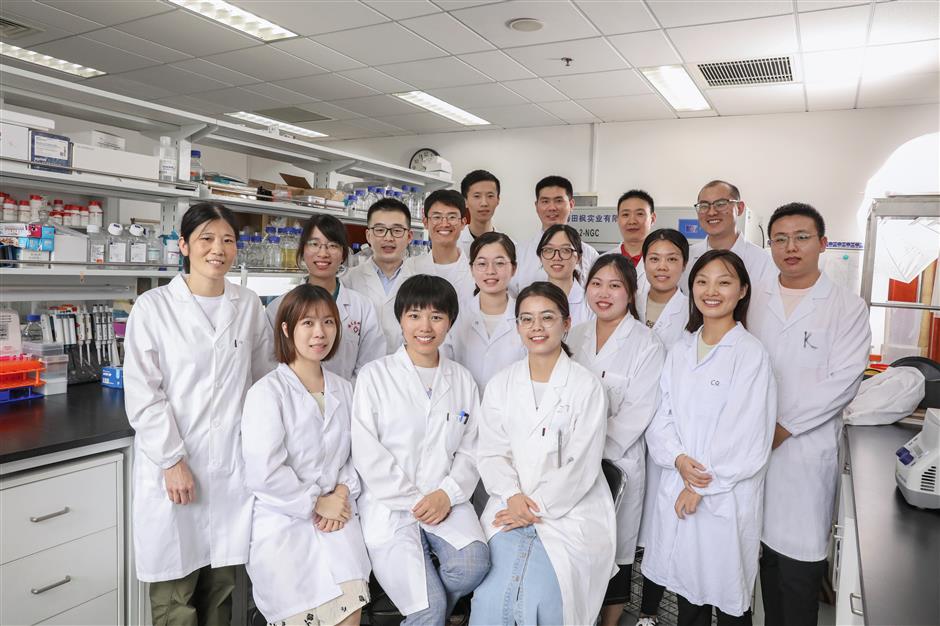 Scientists in Shanghai have found the molecular mechanism for how ketamine can treat depression as a rapidly acting anti-depressant.

This is expected to pave the way for the development of ketamine-based anti-depressants and more precise therapies for patients.

The research, led by Zhu Shujia at the Center for Excellence in Brain Science and Intelligence Technology of the Chinese Academy of Sciences, focused on the binding of ketamine and the N-Methyl-D-aspartic acid receptor.

NMDA receptors are a major class of excitatory neurotransmitter receptors in the brain that gate the entry of calcium, an important signaling molecule.

Zhu has been studying on NMDA receptors for more than 15 years and started researching about depression two years ago as a friend said her 70-year-old aunt committed suicide after feeling uncomfortable for half a year without diagnosis of any diseases.

"Her symptoms were very like depression, professionally termed as major depressive disorder, which affects about 16 percent of the world population and even leads to suicide, but her family didn't know," she said.

"As a scientist, I think we bear the responsibility to help the public be more aware of the fact that depression is a kind of psychiatric disorders, rather than a psychological problem. And we also have to find out better solutions to treat it."

As for treatment, clinical studies found anti-depressants targeting the monoamine system require prolonged treatment over weeks or months, and are ineffective in one-third of patients.

Ketamine, when binding to NMDA receptors, has been found being able to quickly reduce the core symptoms of depression, notably suicidal thoughts within hours, and is also effective in patients with treatment-resistant depression.

"The discovery of the anti-depressant efficacy of ketamine made by experts from Yale School of Medicine – John Krystal and Dennis Charney – in the 1990s is the most important breakthrough in the field of antidepressant," said Zhu.

"However, ketamine can induce severe psychotomimetic side effects, like dissociative effects.

"Moreover, ketamine has the potential for abuse as recreational drug, which limits its clinical use.

"Thus, there is increasing scientific and clinical interest in developing rapid-acting antidepressants with fewer side effects."

In order to do so, Zhu's team decided to find out exactly how ketamine works.

Previous studies have found that ketamine, as a pore blocker of NMDA receptors that is an important glutamate-gated ion channel in the brain, could inhibit the channel activity of NMDA receptor on the postsynaptic membrane to regulate synaptic plasticity and further rescue the stress-induced spine loss in the cortex and hippocampus.

With assistance from Cryo-Electron Microscopy, Zhu's team determined the structures of GluN1-GluN2A and GluN1-GluN2B NMDA subtypes in complex with ketamine and found the electron density map of ketamine in the transmembrane domain of NMDA receptor.

They uncovered the binding pocket of ketamine in the central vestibule of NMDA receptor and how the binding is stabilized.

The researchers said their findings are expected to help develop ketamine-based antidepressants and more precise therapies for patients with depression.

The findings were published in science journal Nature on Wednesday.

Referees of the journal spoke highly of their research.

Another said: "The topic is highly timely because of the potential of ketamine to be used clinically as antidepressant and as such the described results are highly relevant both for the development of ketamine variants as well as providing insight into clinically known mutations with altered binding characteristics."