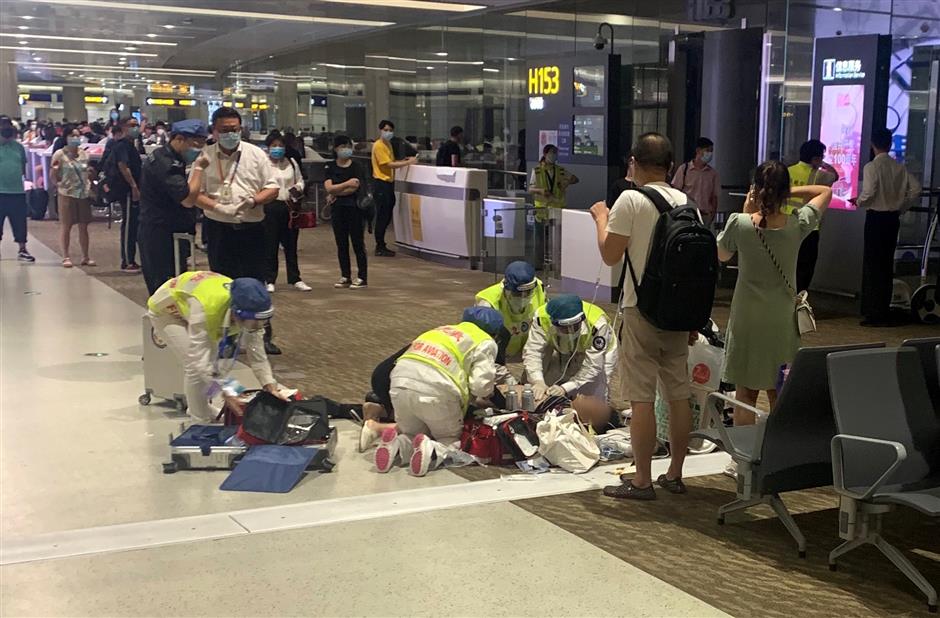 A traveler suffering from sudden cardiac arrest was rescued by medics at Pudong International Airport on Tuesday night.

The passenger fell in a faint and stopped breathing, with no heart beat, at the S2 satellite terminal after getting off the plane. Three medics rushed to the site within three minutes and carried out first-aid measures, according to the airport authority.

The passenger had lost conscious with bluish lips when the medics arrived. They found no breathing, pulse or blood pressure after preliminary checks.

They conducted cardiac compression, artificial respiration, and electric defibrillation. The patient was brought back to life and became conscious after 15 minutes of rescue efforts.

The airport then opened a green channel to rush the patient to the nearest Pudong New Area People's Hospital with an ambulance waiting on the tarmac.

The patient is now in stable condition, according to the hospital. He had a heart surgery before and felt uncomfortable in the air.

No further details about the patient were available.