Due to imperatives from urban development, Shanghai will further slash the number of its old trolleybus lines from the current 12 to 6, the road transport administrative bureau said this week.

In their heyday, the fleet, with about 1,000 buses serving 22 lines, was the largest trolleybus system in Asia and was as much a part of social memories of local communities.

In recent years, as the city strives to remove messy aerial urban street sights, the overhead wires, which are an indispensable part of the trolleybus system, are seen as some of the last spiderwebs that have to be taken off.

With the first trolleybus line in Shanghai introduced over 100 years ago, the city also finds it quintessential to preserve a part of its historic trolleybus system.

The trolleybus lines to be preserved will be Lines 14, 15, 19, 20, 23 and 24, primarily because their routes pass some of the key landmarks, monuments and scenic spots of the city's downtown area. These lines, which mostly operate in Hongkou, Huangpu, Xuhui and Jing'an districts, have an average age of over 60 years.

Meanwhile, the city government will continue to reduce and comb the overhead wires and roadside posts from which they are suspended. The project has so far treated about 90 kilometers of the 304km trolleybus network.

The result, according to the authorities, has been successful, with about 40km of the wires and over 1,600 roadside posts removed.

The trolleybuses, which run on electricity, were an early contributor to the city's air quality, but their role has been diminishing in recent years as an increasing number of motor buses in the city are being replaced by buses running on new energy.

In early 2019, the government announced that all newly added or upgraded buses in the city will use clean energy. Currently, 67 percent of the 17,500 public transport buses around the city run on chargeable batteries or hydrogen fuel cells, according to the road transport administrative bureau.

The new No. 71 bus line, which started operation in 2017, is a modernized trolleybus line. 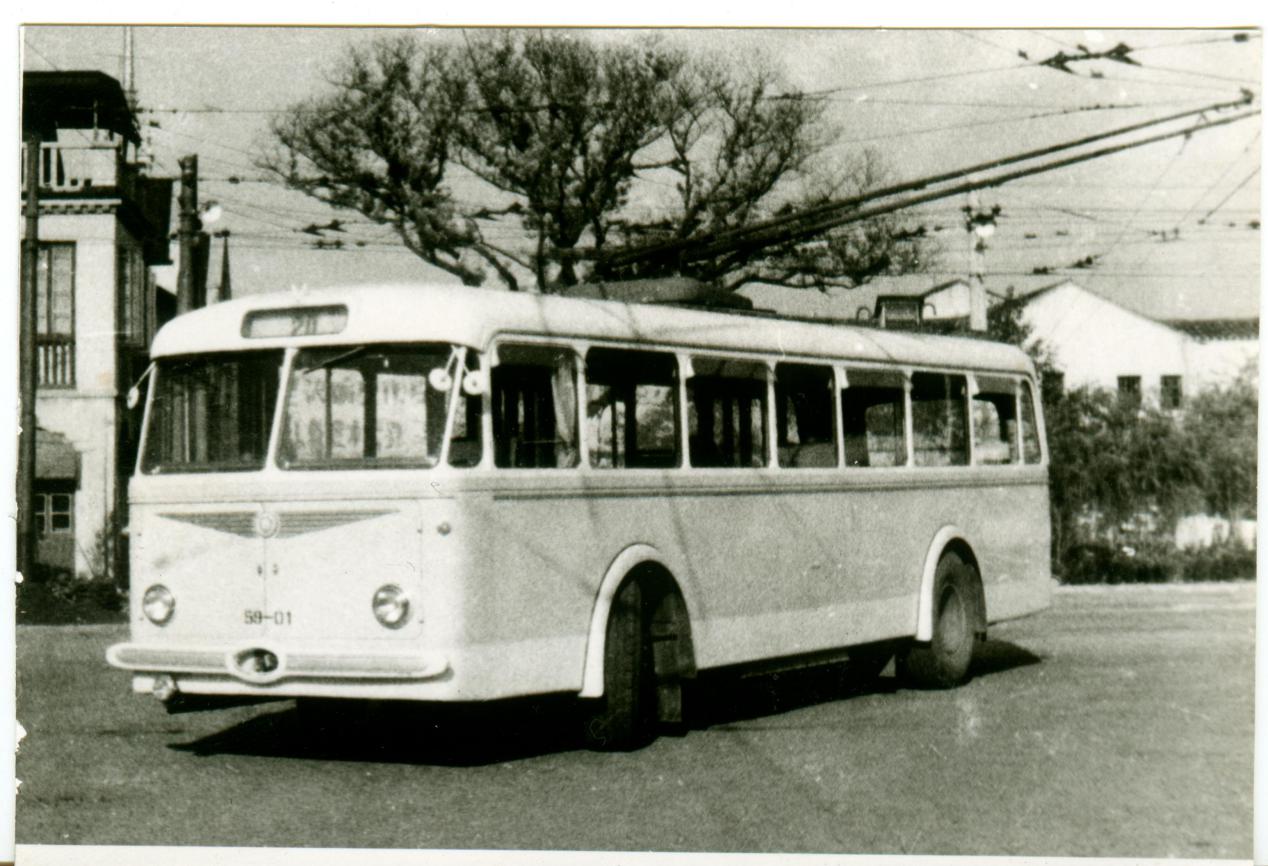 The short tram rail on the Nanjing Road Pedestrian Mall is a symbol of the early public transportation system in Shanghai at the beginning of the last century. After 1949, the tramcars were gradually replaced by trolleybuses which don't run on rails.

In Shanghai, the trolleybus system entered its golden age in the 1980s with the early economic takeoff after the reform and opening-up policy was announced.

The No. 20 bus, which runs through the heart of the city to the Bund, was one of the busiest trolleybus lines at that time as its route was lined up with densely populated residential quarters and large businesses.

"In winter when people wore heavy clothes, our employees would appear at bus stops with the largest number of passengers at 4am to help squeeze people into the buses," recalled Zhu Shiqi, Party branch secretary of the No. 8 bus fleet of Shanghai Bus No. 5 Co, which operates the No. 20 bus line.

The bus line operated from 3am to midnight every day with a fleet of 65 buses and left every 30 seconds in the mid-1980s. Now it's operating with a fleet of only 22 buses at the intervals of four to five minutes during peak hours. The new buses are also much smaller.

With the progress in bus technology, the trolleybuses in Shanghai have also been able to provide better services to people over the years with lower frequency of breakdowns.

Yang Qikun, 53, a bus driver who has been working on the No. 20 bus line for three decades, said the top quality of a good trolleybus driver is patience.

"In earlier times, the trolley poles easily bounced off their positions due to bumpy roads or messy overhead wires, and it was not rare to see passengers helping push the buses on the street to make them work again," he recalled.

However, the sight gradually became history 20 years ago when better and safer trolleybuses replaced the old fleet. The change was welcomed by trolleybus drivers for other reasons.

"Before the 2000s, the trolleybuses didn't have air-conditioning, so drivers often had to wrap their heads with towels to cool themselves in the hot summer," said Yi Jianping, 54, another driver of the No. 20 bus line.

From 2014, the fleet of the bus line was upgraded again with new buses that could retract their trolley poles when necessary to operate like other buses running on electricity. This, for example, enabled the buses to take detours to avoid flooded streets in heavy rain.

Also, now bus line managers can monitor all operating buses on a computer from their office at the terminal stations as all buses have been equipped with GPS.

With modern buses and a golden route, nowadays, the No. 20 bus line is especially popular among tourists. The bus goes around Zhongshan Park, Jing'an Temple, Nanjing Road and the Bund.

Zhu said memories of the No. 20 bus line should be preserved, especially because it has witnessed the development of Shanghai over the past 100 years.

"The overhead wires might be a bit unsightly, but the trolley poles are the best symbol of the past in our collective memories," he said. 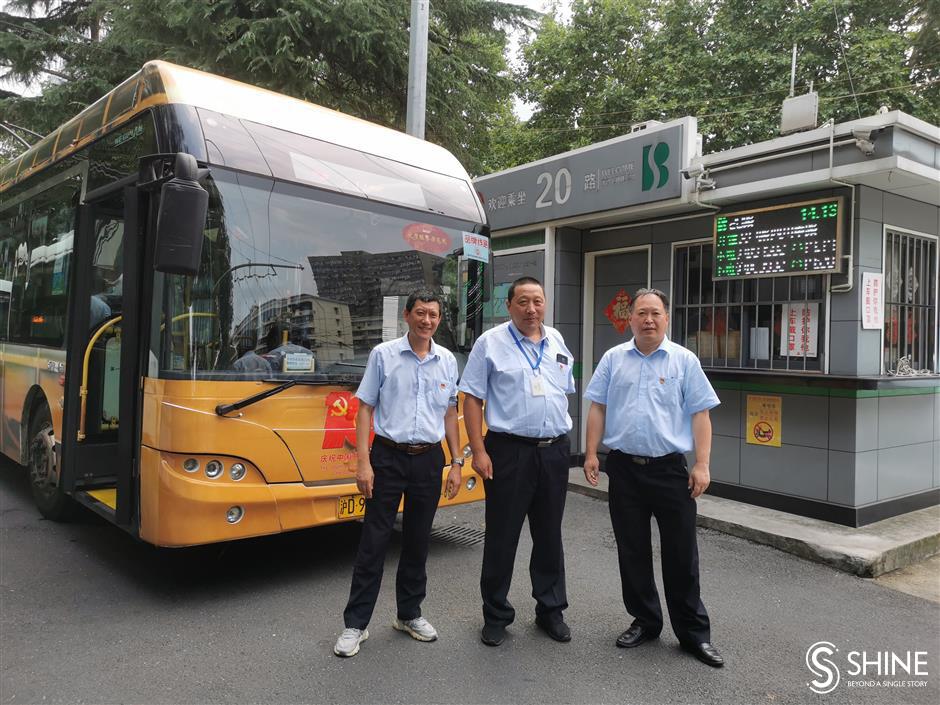