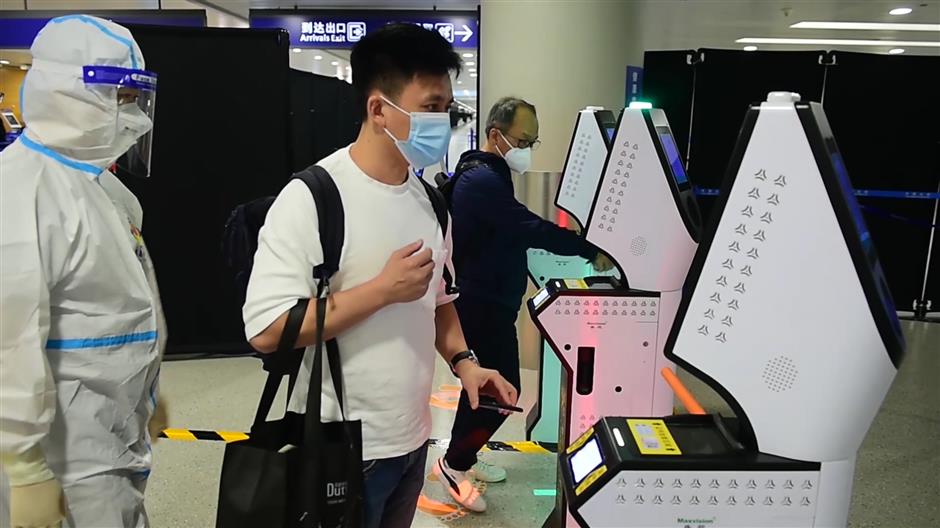 A passenger uses the multifunctional shunting machine to have his temperature and health information checked.

A multifunctional shunting machine, mobile sampling rooms and other digital means are being applied to upgrade and simplify the process for admitting people in Shanghai during the COVID-19 pandemic, Shanghai Customs said today.

Digital means such as a "smart card-examining system" and "one-code pass" are also used to improve the efficiency of sanitation and quarantine for inbound personnel.

Flight DL289 from Seattle in the United States arrived at Shanghai Pudong International Airport at 6am on Thursday. The whole process – from landing to the last passenger's health quarantine procedure – took only 80 minutes, according to customs.

The airport currently has the largest number of inbound and outbound passengers in China. In the first seven months of this year, Pudong Airport Customs has supervised 28,000 inbound aircraft through the Shanghai Airport Travel Inspection Channel, and quarantined 596,000 people.

After disembarking from a plane, the passengers first pass through the multifunctional shunting machine, which uses a big data analysis system to check their temperatures. It flashes yellow or red for symptomatic and high-risk people, as well as those with incorrect health declaration information. Passengers with green lights go directly to the nucleic acid test section, said Zhang Wei, deputy head of airport customs.

In terms of sampling and testing, Shanghai Customs has currently set up three modular sampling rooms in Terminals 1 and 2 and Satellite 1.

The optimized customs process reduces the waiting time of passenger clearances and the risk of cross-infection among passengers.

Furthermore, it avoids direct contact between passengers and customs officers, according to Shanghai Customs. 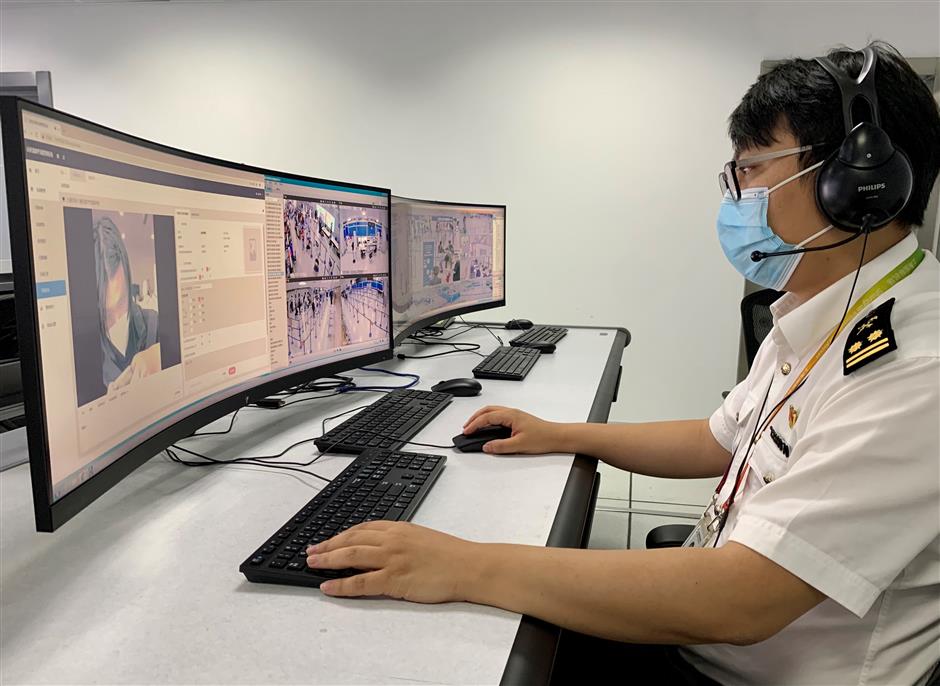 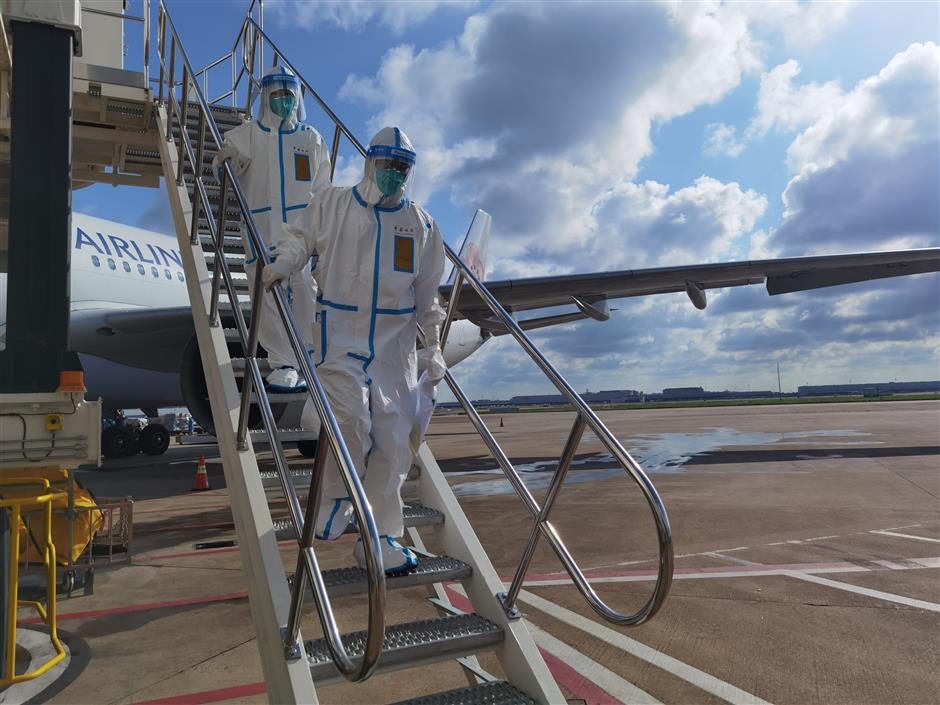 Customs officers carry out health quarantine work for a flight.