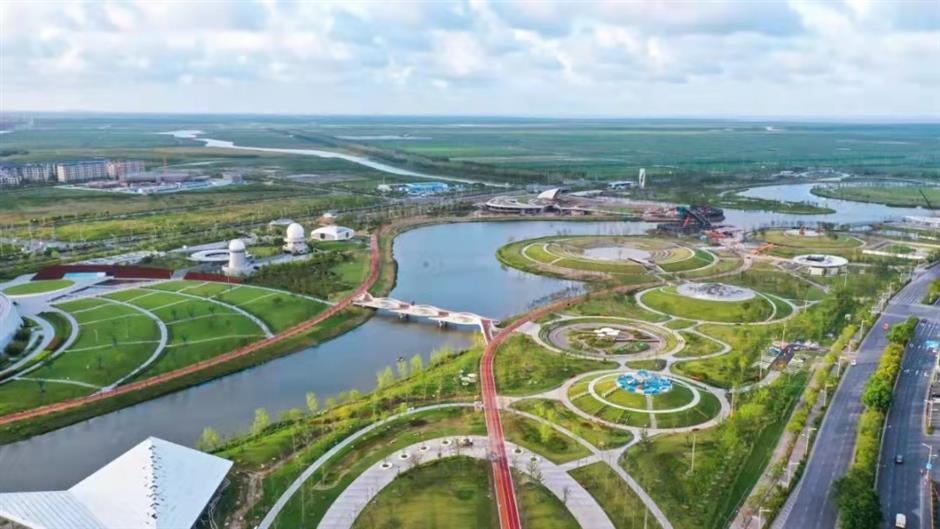 "Starry Sky," the city's biggest "sponge park" that is integrated with a sustainable drainage system, amusement facilities and "go green" concept, is now open to the public in a trial run.

The park covers an area of 54 hectares, including 16 hectares of water area, in the Lingang Special Area of the Pudong New Area.

As well as its practical water-recycling attributes, the park integrates a vast starry sky concept into architectural art.

From a bird's-eye view, the park has a curved shape and is dotted with eight buildings featuring "astronomical" elements. 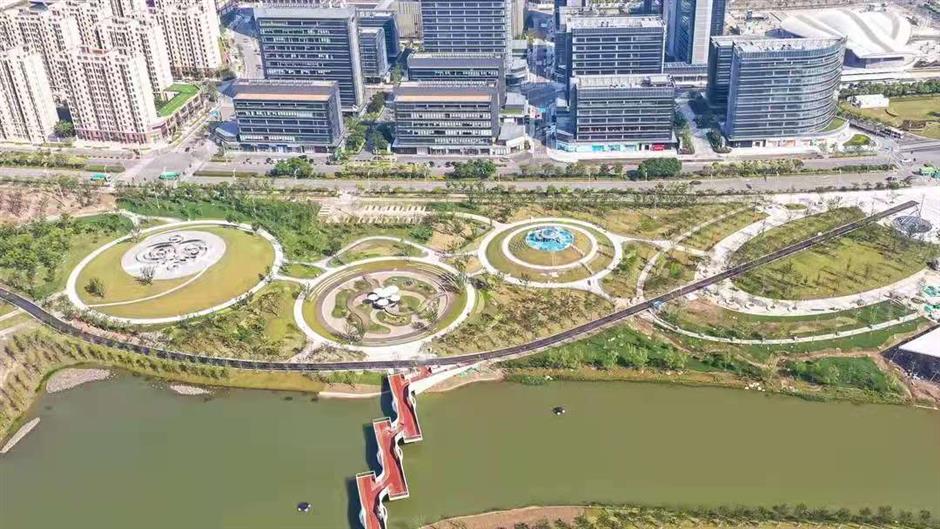 The park's design features the concept of a sponge city.

In addition to typical sponge facilities, such as permeable pavements and lush gardens for the public, the conventional functions include rainwater purification and storage and ecological purification and water replenishment.

To ensure safe drainage and prevent water logging in the park, it also enables rainwater reuse and ecological protection, releasing stored water and making the best use of it when necessary, thus creating a whole "big sponge park."

In setting the "sponge," the designer added a 30-centimeter thick gravel layer under the soil to filter salt in the groundwater.

With Lingang being close to the sea, it is prone to typhoon and rainstorms, resulting in flooding. The seemingly troublesome rainwater is actually a valuable resource for the city.

In order to collect and purify the rainwater, the park includes different forms of breathing "sponges" to absorb, store, filter and purify water when it rains, and release and use the stored water when necessary.