Shanghai on its way to becoming 'floral city' 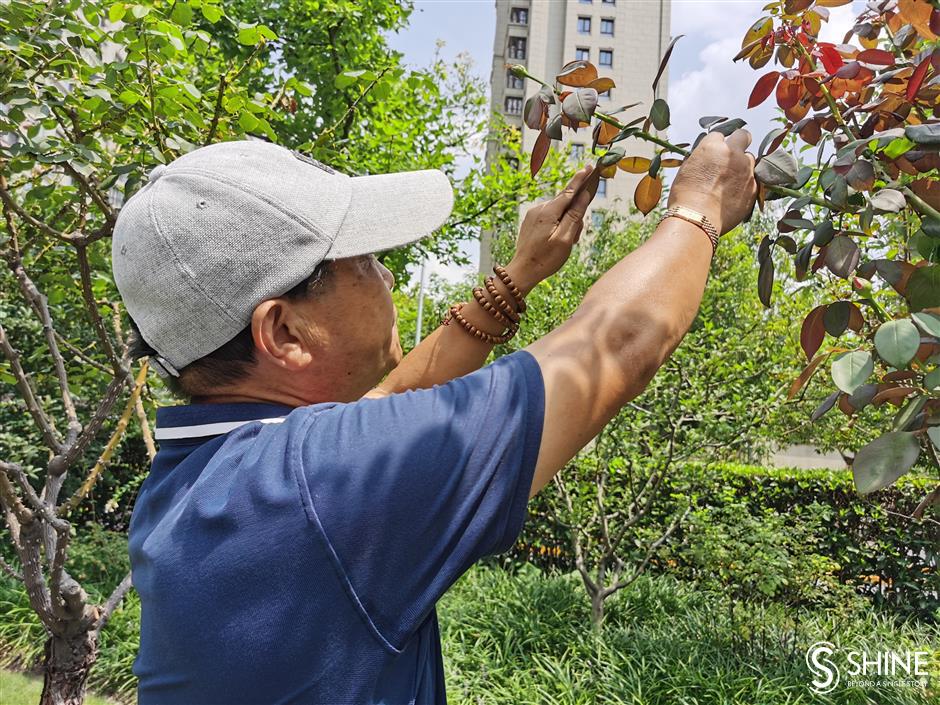 Local greenery authorities are creating 118 floral streets and 175 floral landscapes to spruce up the city.

The streets and landscapes primarily feature Chinese roses and crape myrtles, but also include Chinese crabapples, camellias, hydrangeas, cherry blossoms and peaches, according to the Shanghai Greenery and Public Sanitation Bureau.

Bushes and other greenery are included as well, and authorities will use refined maintenance and adjustment means to prolong or change the flowering time, said horticulturist Wang Weiwei, an expert at the Shanghai Greenery Management Station. 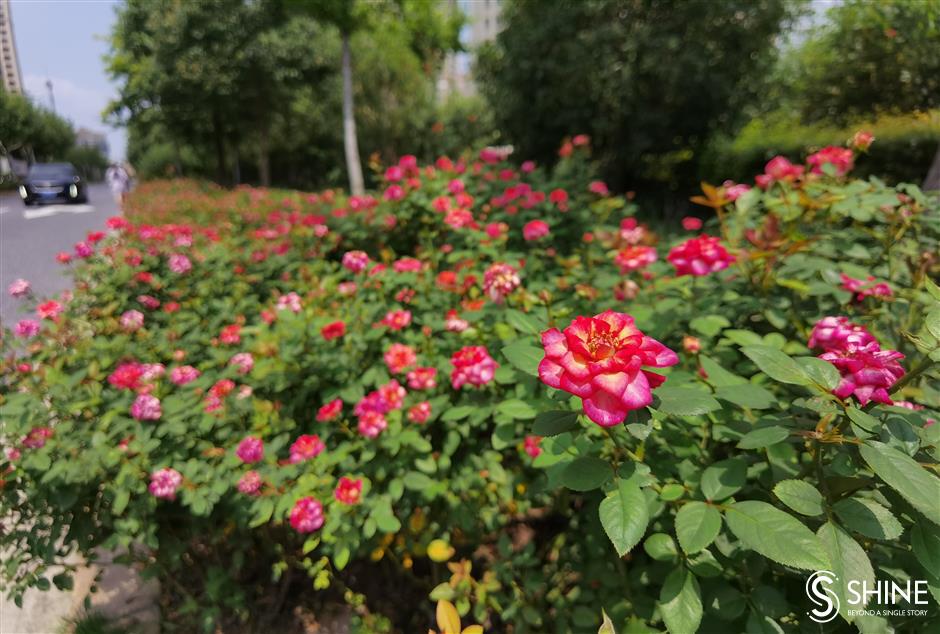 "The aim is to turn the city into a 'floral city,'" said Wang.

On Zhijiang Rd M. in Jing'an District, crape myrtles are in full bloom.

"The flowers were planted in 2019, and the flourishing scene has added a splash of color to the street, which used to be barren," said a resident surnamed Chen who lives in a nearby residential complex. "The view has brightened residents' moods."

Meanwhile, floral landscapes are also on display at venues such as People's Square, Xujiahui Park, Fuxing Park, the north square of Shanghai Railway Station, Zhongshan Park and People's Park, according to the greenery and sanitation bureau.