Shanghai's Xinhua Hospital says that it has successfully saved the life of a newborn baby suffering from serious respiratory failure through the use of ECMO, or extracorporeal membrane oxygenation, a life-support machine.

The boy, who was suffering from suffocation after inhaling meconium, was urgently transferred from Chongming District to Xinhua Hospital by ambulance three hours after he was born.

The baby was in critical condition when he arrived at the hospital and doctors decided to use ECMO, which works like artificial and in vitro lungs. This allowed the boy's lungs to rest and repair by themselves. Soon the boy was in stable condition.

After four days of treatment, his heart and lung functions became better and the ECMO was successfully removed without any complications.

Dr Lu Ya'nan, director of Xinhua's NICU (neonatal intensive care unit), said that ECMO is a procedure that requires techniques and skills of a high level.

Compared with children, it is more challenging to adopt ECMO for newborn babies, whose blood vessels and walls are more thinner and it needs more careful evaluation and monitoring.

Doctors at Xinhua Hospital install ECMO in the newborn baby to save his life. 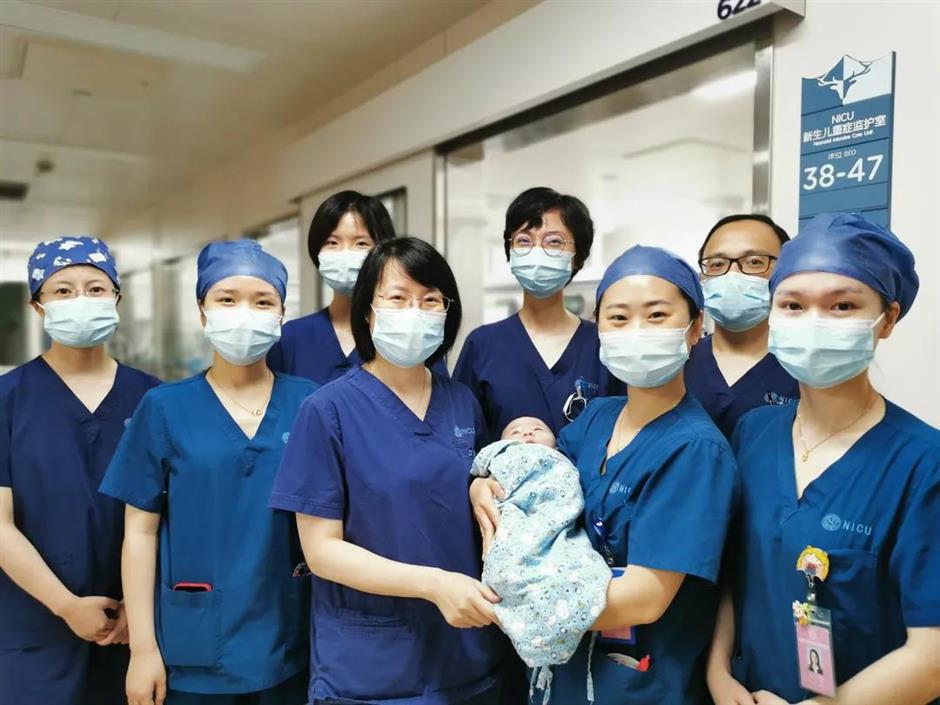 Xinhua Hospital medical staff pose with the baby boy, who is recovering well.