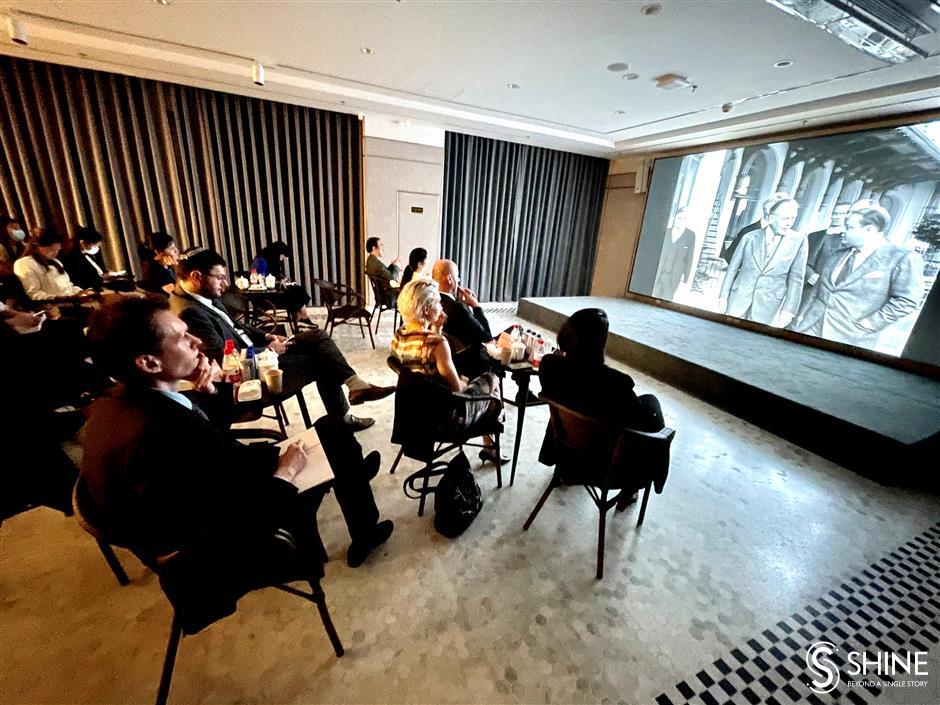 Foreign diplomats and guests were invited to visit the Shanghai Jewish Refugees Museum to watch a newly released documentary about the Jewish diaspora during World War II on Thursday.

The event marks the 76th anniversary of the victory of the World War II.

The documentary produced by Thai conglomerate CP Group recounts the period when more than 20,000 Jews took refuge from Nazi persecution in Shanghai during the war, from the perspectives of the Jews and the Shanghainese.

Diplomats from the consulates of Israel, Austria, Poland, the United States in Shanghai attended the event and shared opinions after watching the movie.

"I once more want to thank Shanghai, and the Hongkou District in particular, for giving shelter and a helping hand," said Helmut Rakowitsch, consul general of Austria in Shanghai. The district was a safe haven for thousands of Austrian Jews during the war, he added. 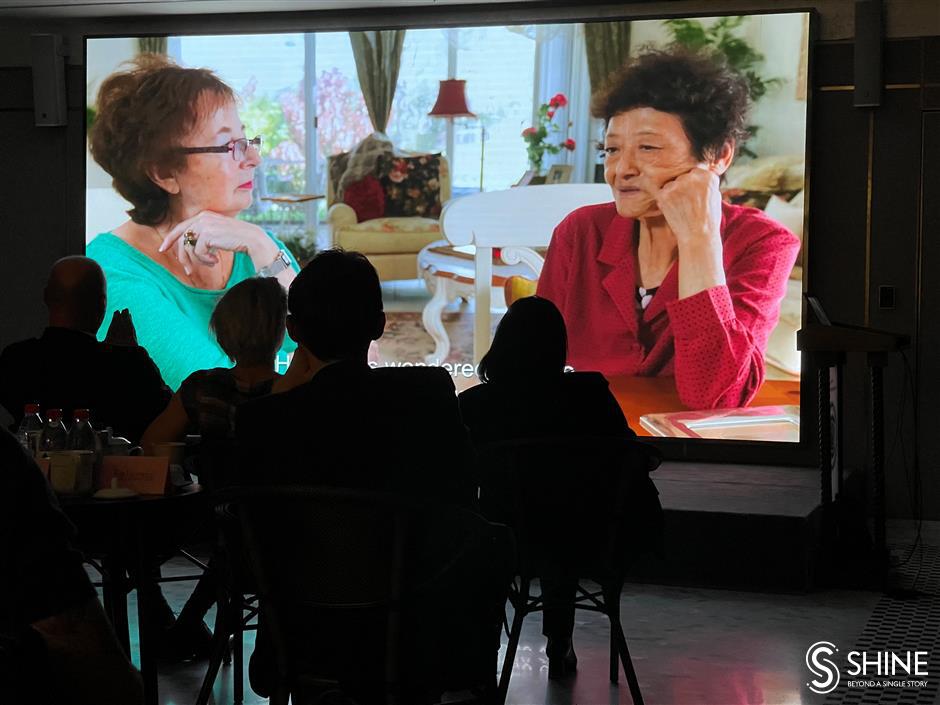 Friendships between a local and Jewish woman are highlighted in the documentary.

The Austrian consulate in Shanghai, together with the consulate of Germany and the museum, will jointly launch a commemoration project to publicize a documentary about two Jewish refugees who once lived in Shanghai.

"We are aiming to invite young Chinese students and pupils from the German School Shanghai as well Chinese scholars to learn about the importance of the commemoration and the impact for the next generation in creating a better world," Rakowitsch said.

Mor Ben Moshe, deputy consul general of Israel in Shanghai, said she hoped more projects commemorating the Jewish refugees in Shanghai will be launched along with the museum in future.

The museum, which reopened to the public on December 8, 2020 in the North Bund after a three-year renovation, has more than quadrupled its size to 4,000 square meters to create more space for items to be exhibited after donations, mainly by former Jewish residents, surged 10-fold to over 1,000 items.

Chen Jian, curator of the museum, said the main theme of the expanded exhibits is to establish "a community of a shared future for mankind." 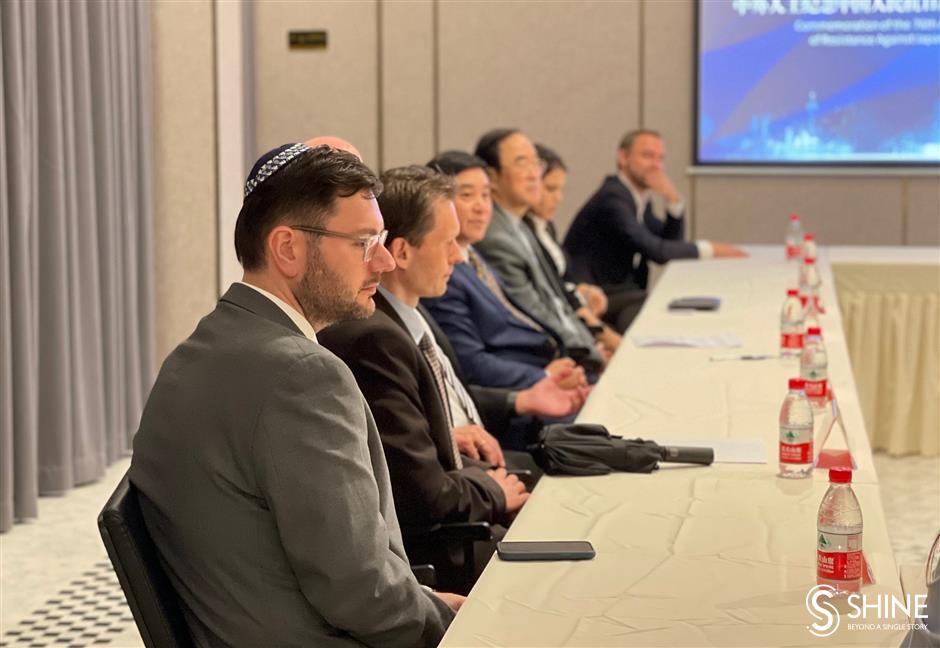 Officials and guests share their opinions after watching the documentary.

The Shanghai museum focuses on a "warm-hearted" theme of compassion and salvation rather than on the horror stories of Nazi persecution that dominate many Jewish-related museums, he said.

New exhibits include personal narratives, paperwork and memorabilia from refugees who came and lived in Shanghai.

New technologies, such as multimedia video and transparent screens, have been installed to improve the "immersive" visitor experience.

The museum was built in 2007 on the site of the old Ohel Moshe Synagogue.

But it didn't get its first item until a former Jewish resident donated a toy rickshaw three years later.

Since then, the museum has attracted, on average, 100,000 visitors a year.

The museum has received 500,000 visitors from 120 countries and regions since it opened 14 years ago, with about one-third from abroad.

Six sections of the renovated museum trace the Jewish diaspora during the war, how refugees came to Shanghai, carved out a life and the contributions they made to the city's culture in music, painting and photography. 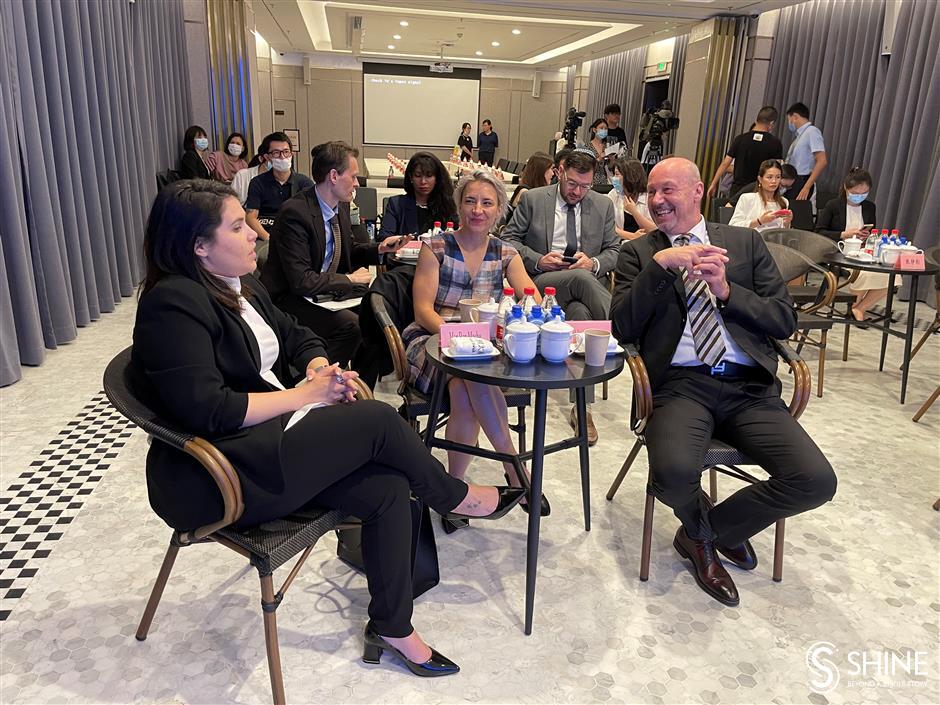 Diplomats and guests at the commemoration.