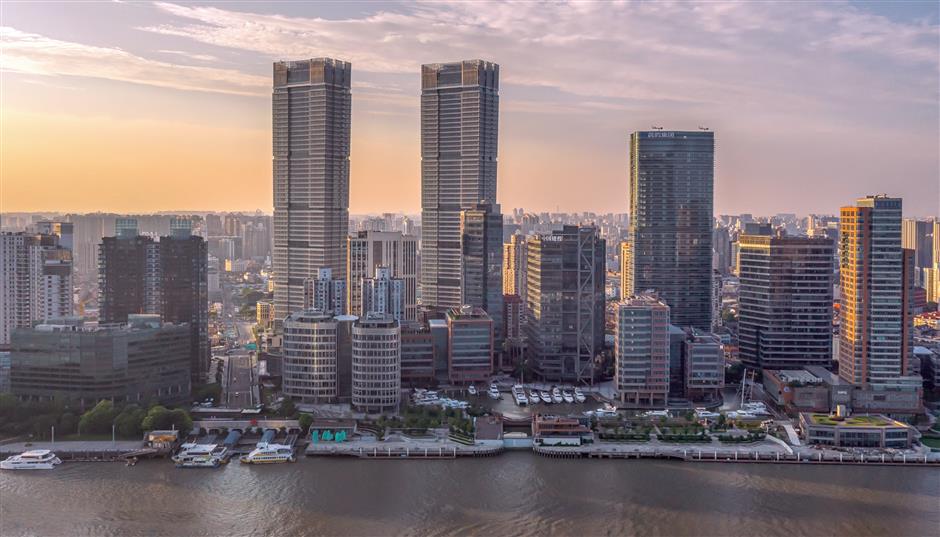 The North Bund in Hongkou District

The North Bund waterfront in Hongkou District aims to become Shanghai's new engine of growth with a global vision.

Several rounds of international recruitment for a design competition have been launched to attract both top professionals from across the world and best ideas to design the city's next landmark central business district.

The North Bund Group that oversees the new stage of development on the riverfront hit the headlines late last year by launching a global recruitment drive for professional managers.

The deputy general manager, with an annual salary of up to 1.5 million yuan (US$232,050), will oversee urban renewal planning, project development and management of the three-year project.

It is the first time a state-owned enterprise in Hongkou has looked to hire a manager from outside the region to promote and develop the North Bund region with a global vision.

"We want to invite a business partner and give him a chance to develop the North Bund with us, reward that person with a competitive salary and offer a platform to develop a career," said Huan Xiang, deputy Party secretary of the Hongkou State-owned Assets Supervision and Administration Commission.

The candidates must be Chinese, have at least eight years' management experience in large-scale projects and be acquainted with planning and construction sector policies and laws. The post also requires a bachelor's degree or above in urban planning or civil engineering, senior professional qualifications and must be younger than 48 years old. These criteria can be relaxed for outstanding talent.

The global recruitment drive also includes new posts in engineering and operation supervising, with annual salaries of up to 400,000 yuan. Other jobs on the recruitment list include six internal audit, cost control and financial investment managers on up to 250,000 yuan a year and two assistants on an annual salary of up to 200,000 yuan.

"Due to the large scale and amount of development and construction tasks, the North Bund hopes more outstanding professionals can take part in the grand mission," the group said.

The Hongkou District government made last year a new starting point for development on the North Bund. The city government asked it to map out an image of the riverside region within three years, put the region's various functions in operation and complete the development within a decade.

After several months of screening and interviewing, Zheng Ke, former general manager of a property firm under Vanke who has three master's degrees from Shanghai's Tongji University as well as Harvard and Stanford in the United States, was hired as deputy general manager to oversee planning and projects on the Huangpu River waterfront in Hongkou.

Zheng, 44, has managed many key local projects, such as the World Expo 2010 site in Shanghai, and was recruited from among some 430 candidates, including 91 from overseas.

"I was mostly attracted by the central global position of the North Bund," said Zheng. "I'd like to use my experience and knowledge to contribute to its development and leave behind some landmark works of mine," he said.

He is expected to drive regional development as well as the shipping and finance sectors, according to the online global recruitment notice released globally.

The group received 432 applications as a result of the recruitment campaign. An expert panel chose 50 of them to do an online assessment. Fourteen candidates were picked up, said Zhang Shun, deputy Party secretary of the group.

The candidates were put through several rounds of interviews and the judging panel, led by top officials of Hongkou, decided to recruit Zheng.

"We've found the most suitable talent to support the development of the North Bund," Zhang said.

They include Chen Zhiyi, the group's newly recruited operation supervisor, who has master's degrees from Shanghai Jiao Tong University and University of Edinburgh.

"I always regretted being unable to take part in the development of Lujiazui area in Pudong, but I feel lucky now to join in construction of the North Bund," Chen said.

The group received a total of 3,500 applications for the posts. The recruited professionals have graduated from prestigious universities such as Peking, Tsinghua, Fudan and Jiao Tong and have overseas study experience, Zhang said.

They are young and once worked for leading architecture and real estate firms, he added.

Yao Yi, 27, a graduate of the University of Melbourne, is the youngest among the newly recruited professionals. She is now assistant planner of the culture and tourism center.

"The profound culture and history of the North Bund will be fully exploited during the development," Yao said.

Along with the Lujiazui financial hub on the east bank of the river across from the Bund, the North Bund forms downtown Shanghai's "golden triangle." Riverside regions have already been transformed with greenery and paths.

The new North Bund will include a central business district with office buildings and commercial facilities. The riverside region, covering about 4 square kilometers, will be on a par with Lingang Special Area and the Pudong New Area in the east.

It will become a "new engine" for Shanghai's future development with the tallest building in Puxi as well as well-preserved history and culture, according to the district government.

The North Bund in Hongkou District

Apart from the global recruitment of top professionals, a competition with total awards of 7 million yuan has also been launched seeking designs from around the world for the four key regions of the North Bund.

The Hongkou District government has issued its "Creation and Boundless" invitation to solicit ideas for the new round of development on the Huangpu River waterfront.

Individuals or groups from both home and abroad with urban design and functional planning experience can apply for the contest.

Designers, companies, colleges as well as design or research institutes should incorporate the regional characteristics of the North Bund and its surroundings into their plans, the organizers said.

The four projects are the initial phase of the redevelopment on Dongyuhang Road, the southern section of the Tilanqiao area, the traditional lane-style Shanshouli neighborhood and the Music Valley area.

Participants should offer planning concepts that include space structure and functions, historical protection, a traffic organization strategy, key urban image design and open space development. The plans should be based on the different cultural and space features of the four regions.

"The main aim is to develop the North Bund into the most beautiful Huangpu River waterfront, while improving people's happiness," Liu said.

The Dongyuhang Road area was once home to derelict old residential buildings. As most of the residents have been relocated, plans should make it a new community with its history well-preserved, said Luo Yihong, head of the office's planning department.

Shanshouli, a typical old lane-style neighborhood built around the 1920s, will have its residences preserved to become a demonstration of the history of the North Bund.

The Shanghai Music Valley along Yujingpu River, a branch of the Huangpu River, will highlight Hongkou's status as the core region for haipai (Shanghai-style) cultures. 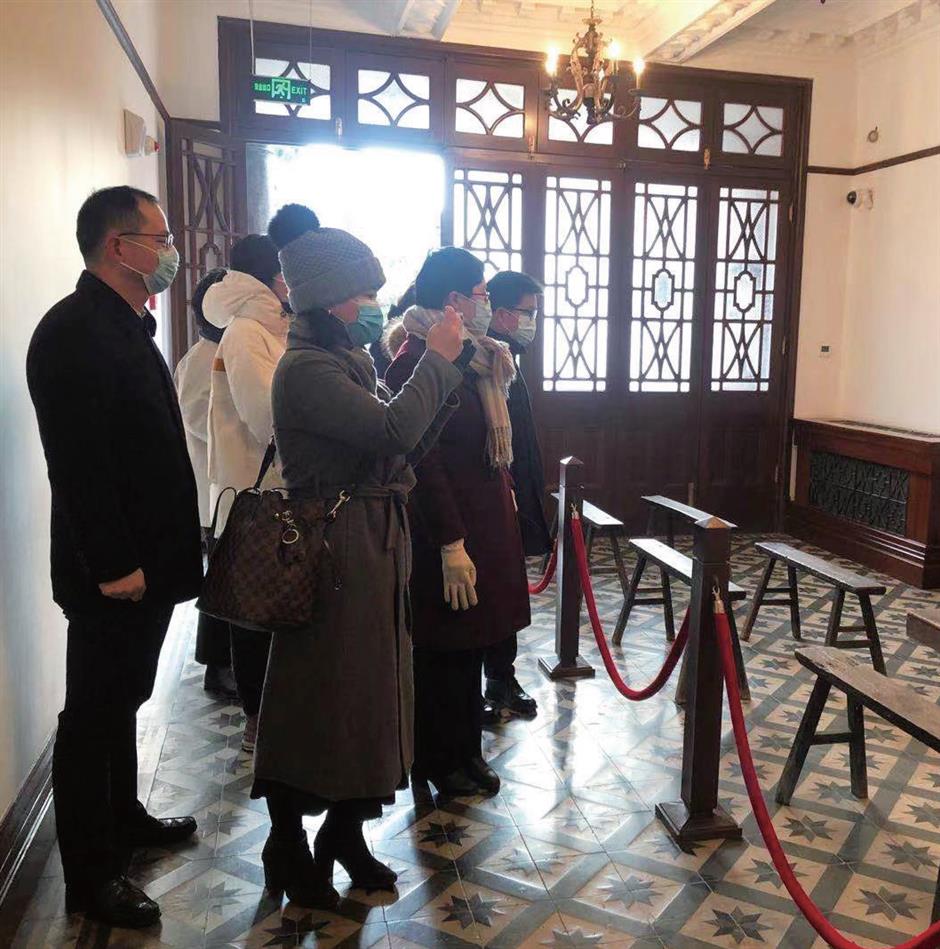 A series of activities are organized to attract talent to work for the new round of development of the North Bund area.

To gather wisdom from across the world, Hongkou District government invited global investors and foreign consuls to the North Bund last year to learn about the region's blueprint. Despite the COVID-19 pandemic, over 70 of the world's renowned developers and enterprises have negotiated with the government about the North Bund. Sixty-seven projects with investments of over 30 billion yuan have been submitted for the waterfront development.

During the district government's recent plenary meeting, the top official of Hongkou asked every official to think about a vision, spirit, work concept and development mode for the North Bund planning and construction.

According to the blueprint for the district, the North Bund not only belongs to Hongkou, but also to Shanghai and the Yangtze River Delta region. The region should serve the national strategy and be targeted as 'the world-class parlor' of the city."

The district government has studied the development and planning of the world's top-level central business districts, such as Canary Wharf in London, Manhattan in New York and Marunouchi in Tokyo.

The experience of other Huangpu River waterfronts such as Lujiazui, Qiantan, or the New Bund, and the West Bund have been also observed.

Seven top architectural institutes, such as NIKKEN, Gensler and Foster+Partner, have been invited to take part in the design and planning.

Wu has been leading a research project on the transport, electricity, utility tunnel, sponge city and visual guidance system for the waterfront region.

"The ongoing urban renewal of the North Bund is expected to be the beginning of a new development pattern for the city," said Wu. "Urban renewal can never be done with a single mission but with eternal and continuous development."

A "slow walk zone" for pedestrians – nearly half of which will be off limits to vehicles – has been planned. An underground rain-collection system will be installed to recycle water and prevent the waterfront from being deluged during the rainy season.

A series of activities are organized to attract talent to work for the new round of development of the North Bund area.