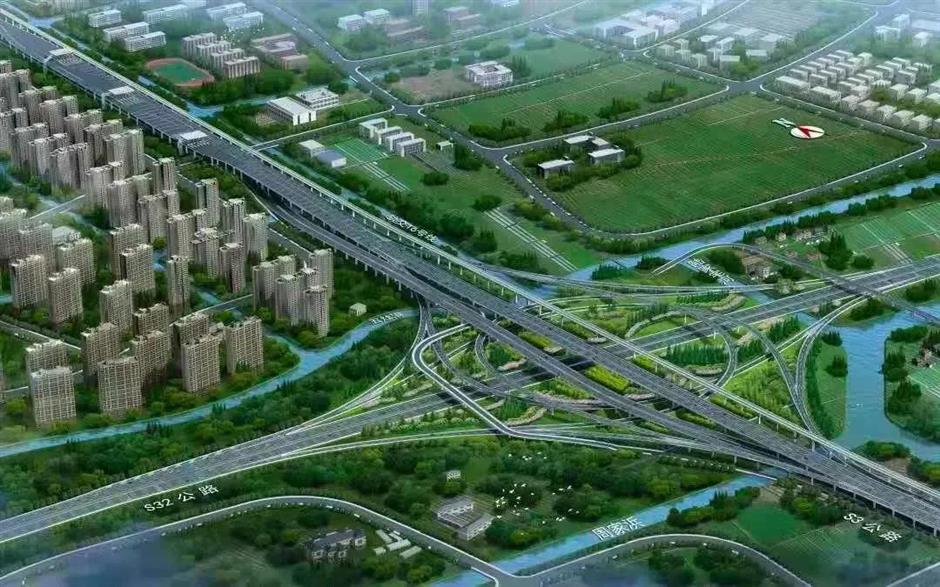 An artistic rendition of the S3 Expressway.

The Fengcheng toll station and ramp of Shanghai's G1503 Highway will be shut from Friday to give way for the construction of a new expressway leading to the Lingang Special Area in Pudong.

The busy toll station in suburban Fengxian District will be closed until December 30, 2022, for the construction of the new section of the S3 Expressway, according to Shanghai Chengtou Highway Investment Group.

The new expressway to connect Zhoudeng Highway and Lianggang Avenue in the Pudong New Area will become a key part of Shanghai's expressway network upon its completion by 2022, said Dai Xianlin, a group official in charge of the project.

After completion, it will take about 40 minutes to drive from the Lingang New Area to Lujiazui. Now the trip takes at least 70 minutes via the S2 Expressway.

The expressway is also expected to relieve some pressure on highways nearby such as the S4 and the G1503.

The existing toll station stands on the future site of the S3 expressway, so has to be demolished, according to the blueprint. The ramp will be dismantled and rebuilt.

The toll station and ramp mainly serve residents in Fengcheng and Qingcun towns of Fengxian. After the shutdown from 11pm on Friday, vehicles can detour for about four kilometers to the Linhai Highway Toll Station to reach Fengcheng Town or 500 meters to the nearby Wahong Highway Toll Station to Qingcun, said Zhang Xi, a local traffic police officer.

No traffic congestion will be caused by the shutdown of the Fengcheng toll station, Zhang insisted.

The first phase of the S3, from Xiupu Expressway to Zhoudeng Expressway, has already opened to traffic.

In the future, the expressway will reach further south to the Hangzhou Bay and other cities in neighboring Zhejiang Province.