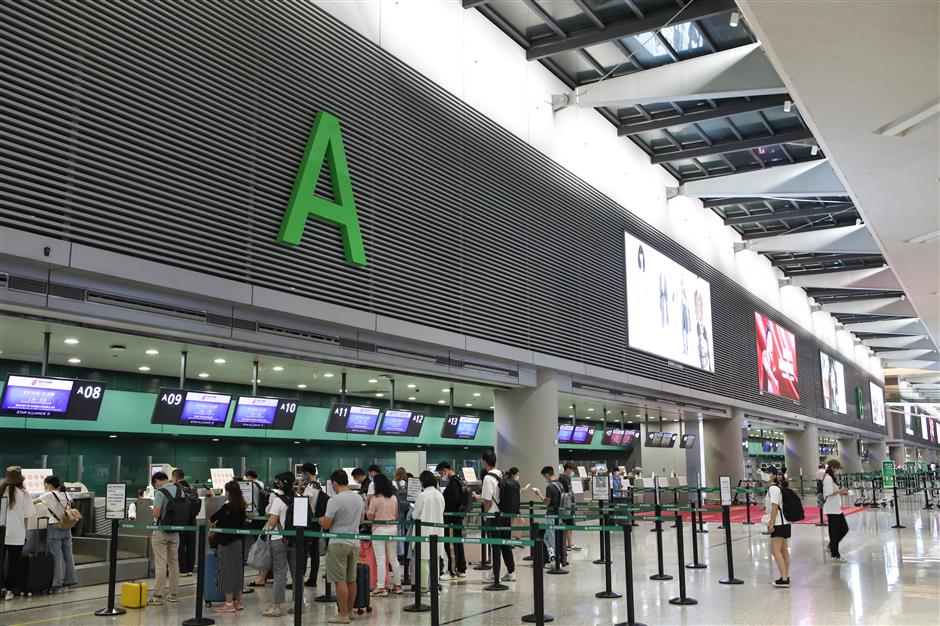 Travelers check in at Hongqiao airport after the restoration of flights in the aftermath of Typhoon Chanthu.

Operations at Shanghai's two airports were fully restored by Tuesday evening as the impact of Typhoon Chanthu diminished.

Additional security inspection channels have been opened at Pudong and Hongqiao international airports to handle the stranded travelers, the Shanghai Airport Authority said.

More taxis have been dispatched to the airport terminals to pick up an increasing number of arriving passengers.

In the terminal buildings, temporary resting areas have been set up for stranded passengers, while fire prevention and medical personnel are standing by to serve travelers. Some restaurants and convenience stores are operating round the clock, according to the airport authority.

As the typhoon, the season's 14th, moved away from the city, the first restored flight took off from Hongqiao airport at 10:06am on Tuesday, while the first flight after the typhoon departed from Pudong airport at 2:02pm. 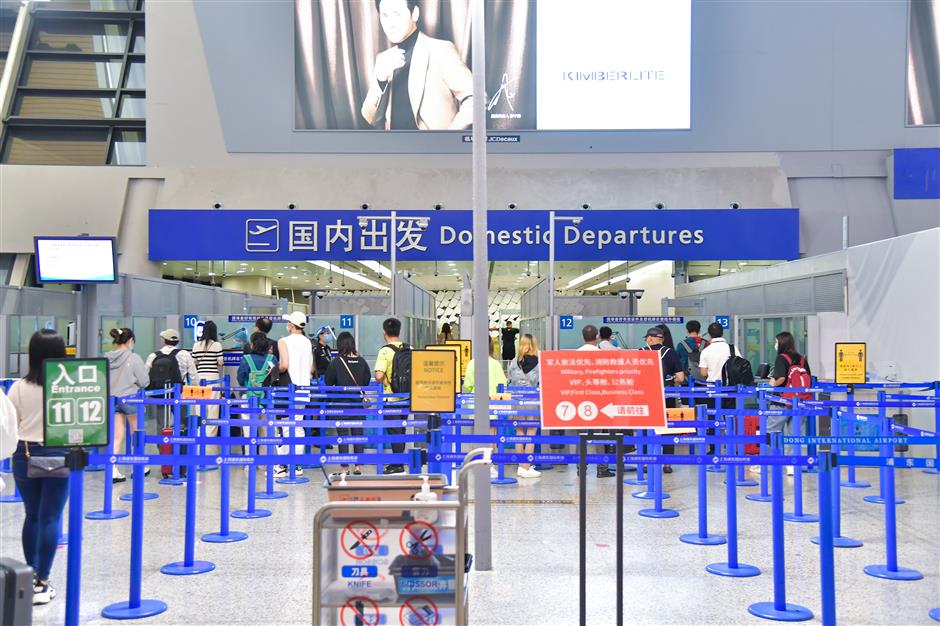 Additional security inspection channels have been opened to handle the stranded departing passengers at Pudong airport.

The airport authority announced the full restoration of flights at both airports around 7pm on Tuesday.

The operations at both airports were suspended on Monday due to the significant impact, including heavy rains and strong winds, of the typhoon, which brushed against Shanghai on the East China Sea but was moving further away.

Both airports had made full preparations to cope with Chanthu, the authority said.

The ditches around the runways were dredged to prevent water accumulation. Lamps, advertisement boards and equipment at the construction site of Pudong airport's expansion were secured ahead of the typhoon.

The airport authority has been working closely with airlines to predict the movement of the typhoon and made timely adjustments on flight operations.

It has helped airlines secure aircraft, vehicles and facilities to the tarmac during the wet spell. Small-size aircraft were moved to the hangar or transferred to airports in neighboring cities ahead of the typhoon, according to the authority. 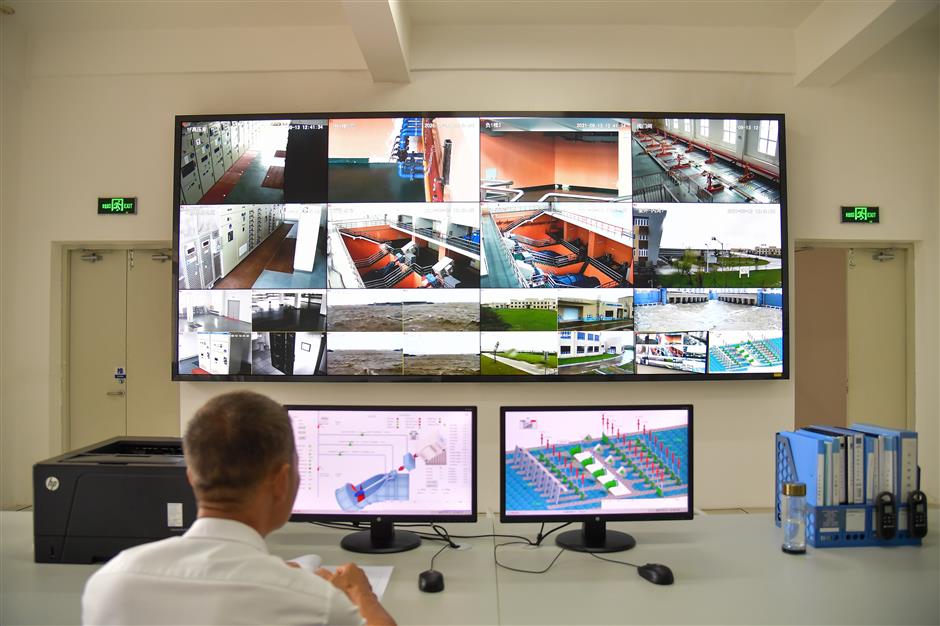 A staff member monitors operations at Hongqiao airport after the typhoon.