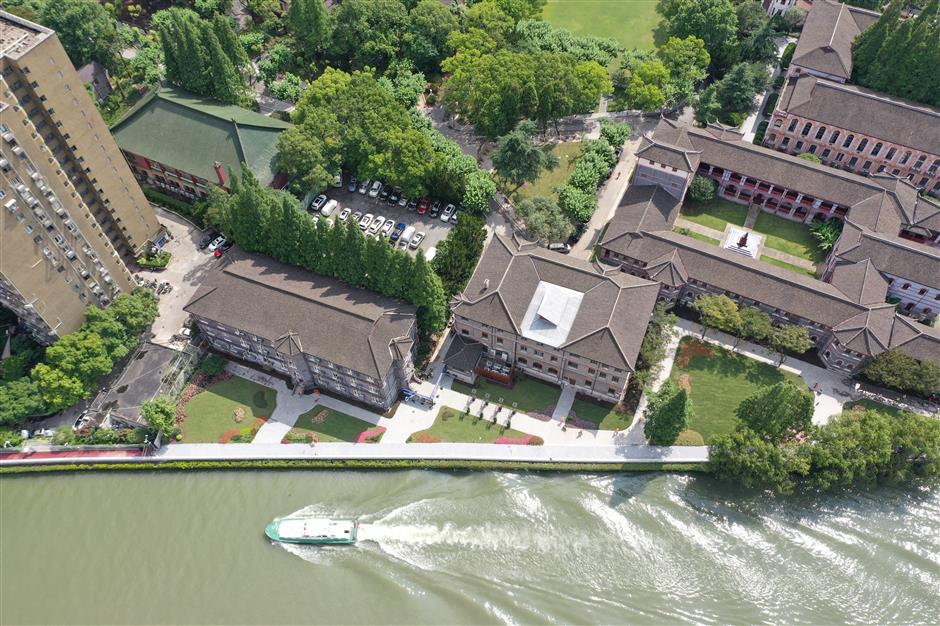 Some of the historical buildings in the former St John's University will open to the public with the riverside path along Suzhou Creek.

Ten sightseeing features of the prestigious St John's University will open to the public by the end of September as part of a downtown section of the Suzhou Creek waterfront.

Walls and fences are being demolished between the East China University of Political Science and Law in Changning District and the 900-meter-long riverside area to allow visitors to closely see some of the more than century-old East-meets-West buildings in the legendary university.

The section of the creekside region is expected to become the "Pearl of Suzhou Creek" due to its beautiful landscape and unique historical ambiance, Changning District government said over the weekend.

A continuous path opened in 2019 after the university portioned part of its campus along the creek as public space. The district and the university are now further opening up the historical campus to citizens and tourists on the waterfront.

Ten sightseeing attractions have been planned, featuring the historic complex of the university dating back to 1879. The well-preserved buildings within the university were listed as protective structures by the city government in 1994 and national protected buildings in 2019.

The St John's University was founded in 1879 and became China's first school with full English lessons in 1881. It was also the first modern church college of the country. Five schools and an affiliated middle school had been set up by 1949.

With the motto of "Light & Truth," the university was once the best in China and dubbed the "Oriental Harvard." 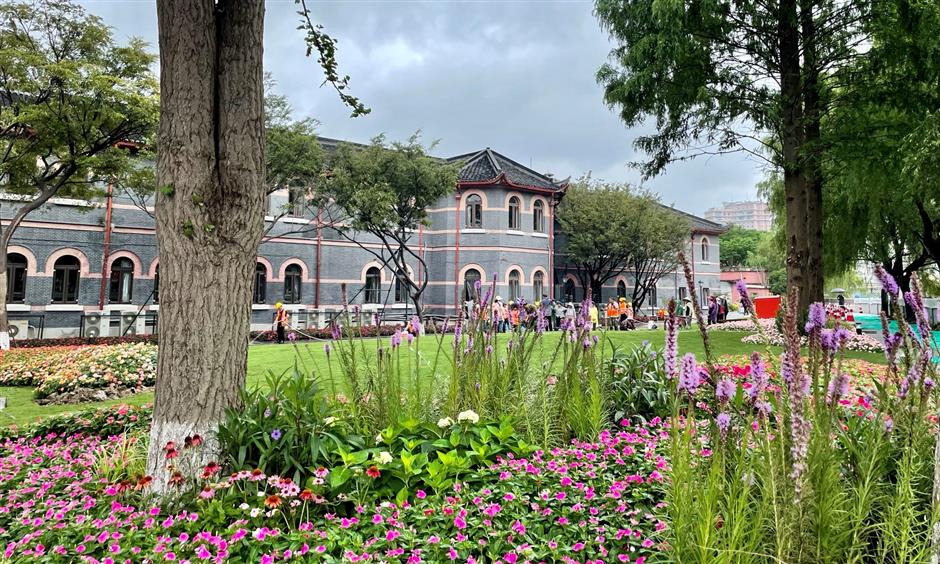 The historical Gezhi Building on the campus.

The university license was revoked in 1949, with different departments being allocated to other local universities, including Fudan, Tongji and Jiao Tong as well as East China Normal University. The campus and the multiple historical buildings belong to East China University of Political Science and Law.

Major renovations have been completed on the historical buildings in accordance with the city's opening-up campaign for the Suzhou Creek waterfront, according to the university. Eighteen buildings, including a public bath, water pump room, carpentry yard and warehouse, have been demolished for the opening-up project.

Two attractions near the Mann Hall built in 1909 and Gezhi Building built in 1899 have opened.

Mann Hall, or Si Meng Hall, was built near the end of the Qing Dynasty (1644-1911) to commemorate preacher Arthur Mann, a graduate of Yale and philosophy teacher at St John's who drowned in 1907 trying to save a Chinese friend. Students of the university donated money to finance the building, while Yale University installed a commemorative bronze tablet in the hall.

The nearby Gezhi Building, a three-story brick-and-wood structure, was built in 1899. It once served as the laboratory building, among the first of its kind in China, with labs for chemistry, physics and medical lessons.

Other attractions to open soon include two Jiangnan-style, or regions in the lower reaches of the Yangtze River, greenery gardens, a pedestrian bridge spanning the creek as well as a 120-year-old ginkgo tree, a witnesses to the development of the campus in the last century. 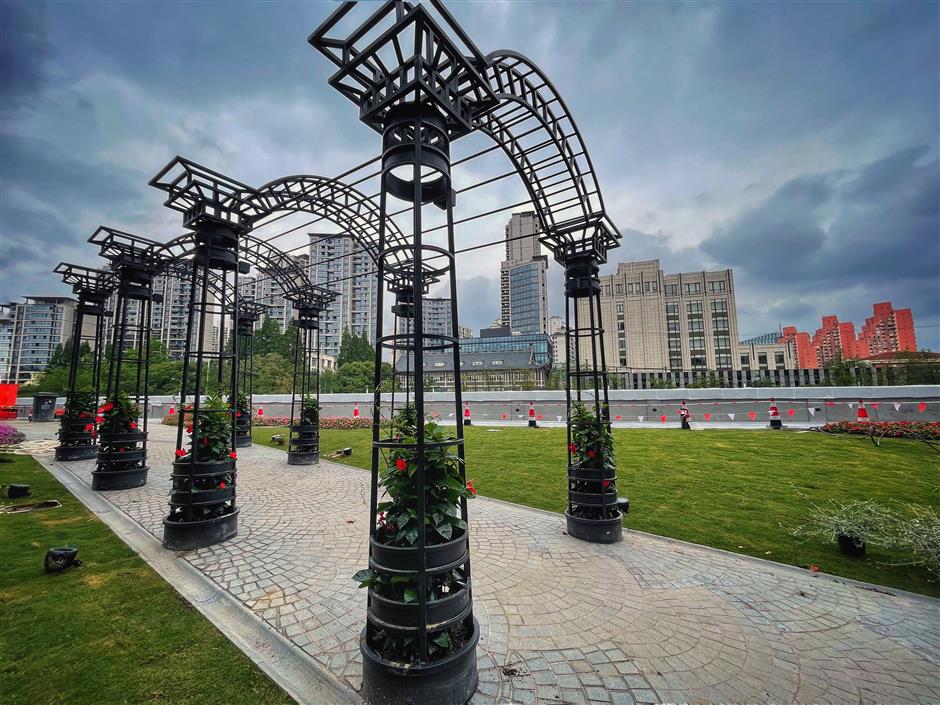 A riverside garden near the Mann Hall has opened to the public.