A three-month crackdown campaign has been launched in Shanghai against group renting, a stubborn problem in the city that poses severe safety risks.

The city's housing authority is working with the police, urban management and other government bodies to regulate the house-renting market.

In May 2014, two firefighters were killed by a blast at a 13th-story apartment that had been rented to a group of tenants. The incident raised government and public attention to the issue.

Despite repeated efforts by the government to crack down on group renting, the practice remains rampant in Shanghai.

With the launch of the city's e-governance platforms, new measures such as big data and mobile apps have been applied to offer strong assistance to the crackdown campaign, the Shanghai's Housing and Urban-Rural Development Administration said on Friday.

The Gonghexin Road Subdistrict of downtown Jing'an District, for instance, has developed a database of landlords and tenants within the jurisdiction. The repeated violators will be highlighted in the database to remind law enforcement officers or neighborhood committee officials to pay frequent visits. 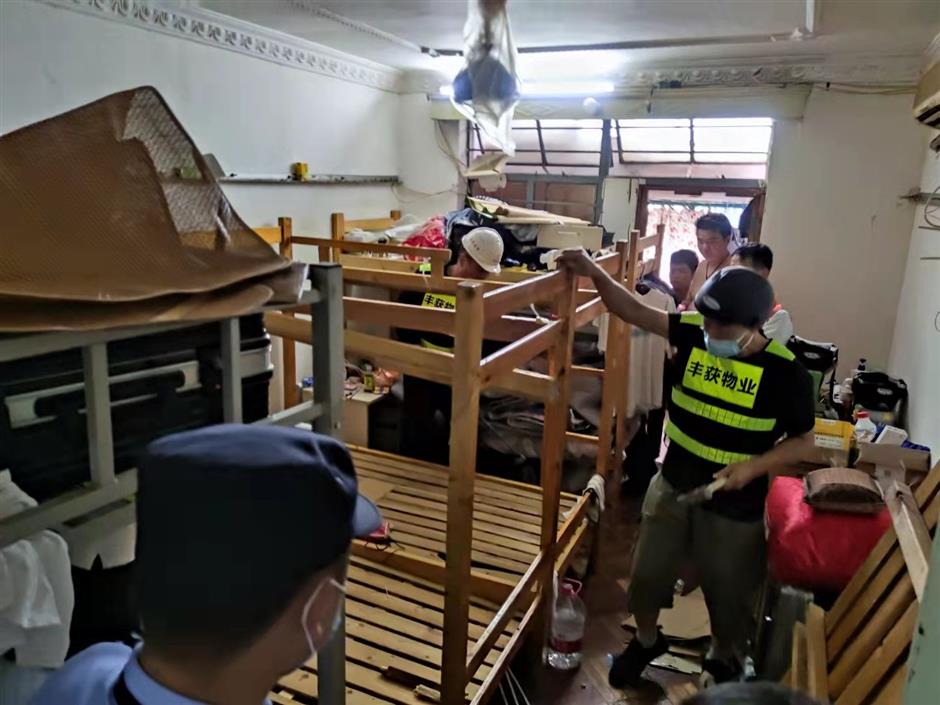 The Bansongyuan Road Subdistrict in Huangpu District has also developed a similar database with a three-tier risk classification for landlords in red, yellow and blue.

The law-abiding landlords or those who stop violations will be marked in green.

The Wanli Community in Putuo District has compiled its information from public security, urban management and tip-offs from the city's 12345 comprehensive hotline.

About 500 apartments with group renting have been detected under the scheme and some 750 cubicles illegally built in the apartments have been demolished.

Zhangjiang Town in the Pudong New Area has developed a mobile app named "Live comfortably in Zhangjiang." Users can check apartments available for rent, manage contracts and monitor tenants through the app.

The administration said additional smart technologies will be applied to help solve the group renting problems.

The city government has stipulated that repeated offenses be registered in personal credit accounts. It will affect any applications for the city's residence permit, as well as bank loans, job promotions and traveling abroad.

An apartment rented to multiple tenants is broken down by urban management officials.