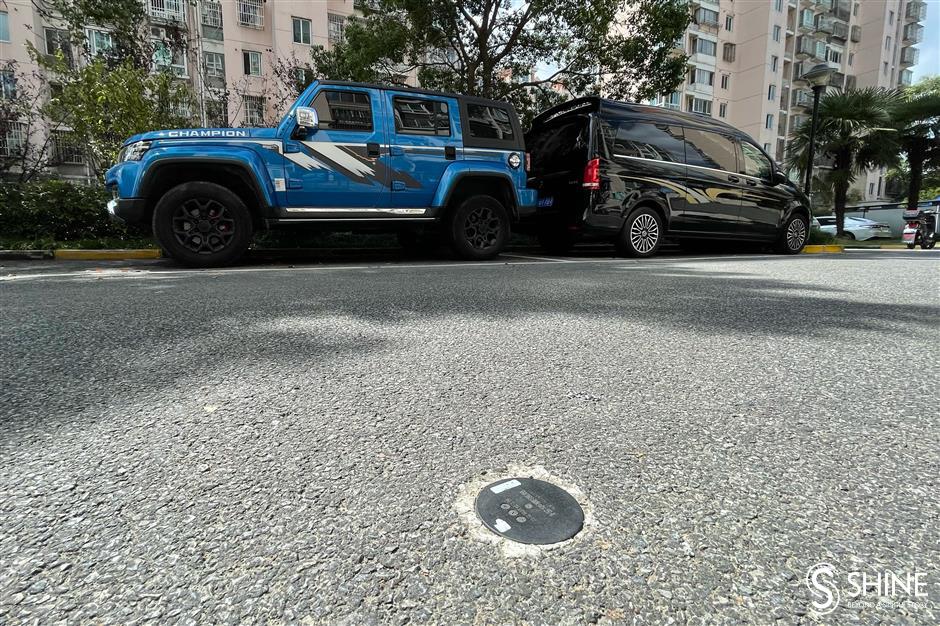 A sensor system at a residential complex in Xinhong Subdistrict can detect improper parking in non-designated areas.

Among these cases, 928 concerned damage of load-bearing structures, and 765 regarded irregularities of real estate agents.

More than 560 were related to illegal group leasing, and 420 about occupying public areas.

Another 279 were about converting residences into business operation venues, and the rest covered areas such as improper handling of construction waste, illegal outdoor advertisement facilities and greenery damage at residential complexes.

Most have been rectified, ensuring a "safe and tidy environment at residential complexes," the bureau said.

A more grassroots-oriented approach will be taken to deal with problems such as illegal leasing, occupation of public areas and negligence of property management companies, particularly targeted to create a 'livable' environment for residents, the bureau said.

A digital, refined and meticulous approach is taken to tackle the difficulties in spotting irregularities and proof collection, the bureau said. 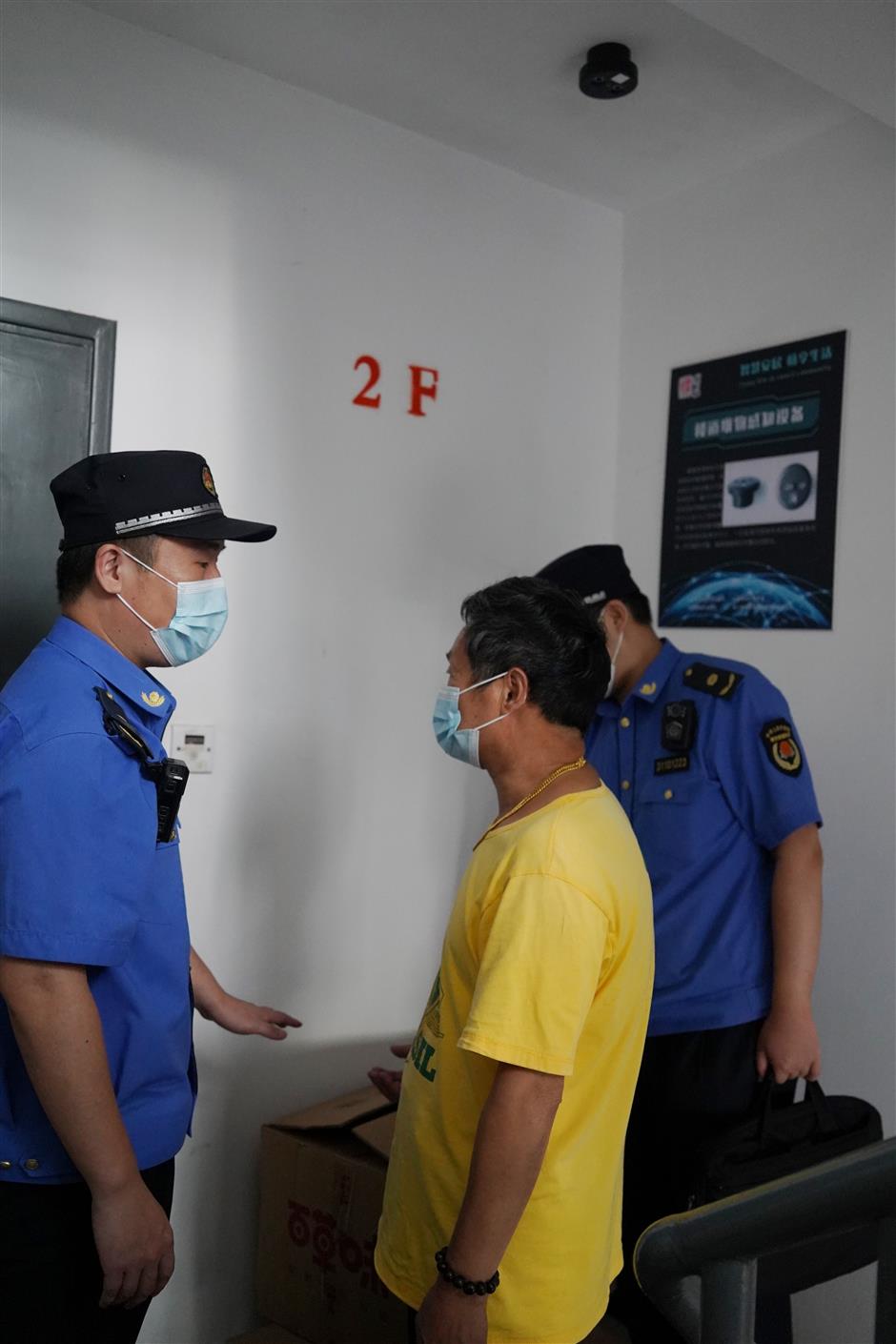 The crackdown on random disposal of household trash, storage of construction waste and greenery damage will be intensified.

A coordination mechanism between property management, fire authorities and police has been established to stem safety hazards at residential complexes.

An app enabling property management companies to report irregularities to urban management authorities has also been in service to improve efficiency.

The Xinhong Subdistrict in Minhang District is the subdistrict closest to the National Exhibition and Convention Center (Shanghai), where CIIE is taking place.

Covering 19.26 square kilometers, it has a permanent population of about 100,000 and 35 residential complexes.

"The subdistrict has established a four-tier colored housing management system to improve management accuracy and efficiency," said Gu Chunhui, an urban management and law enforcement official with the Xinhong Subdistrict.

Under the system, the frequency of inspections from regulators varies based on different colors. For example, housing with potential hazards such as illegal leasing is marked yellow, requiring more inspections from officials.

If ongoing abnormal situations based on the number of people living in apartments or staying time are detected, officials will make a visit. 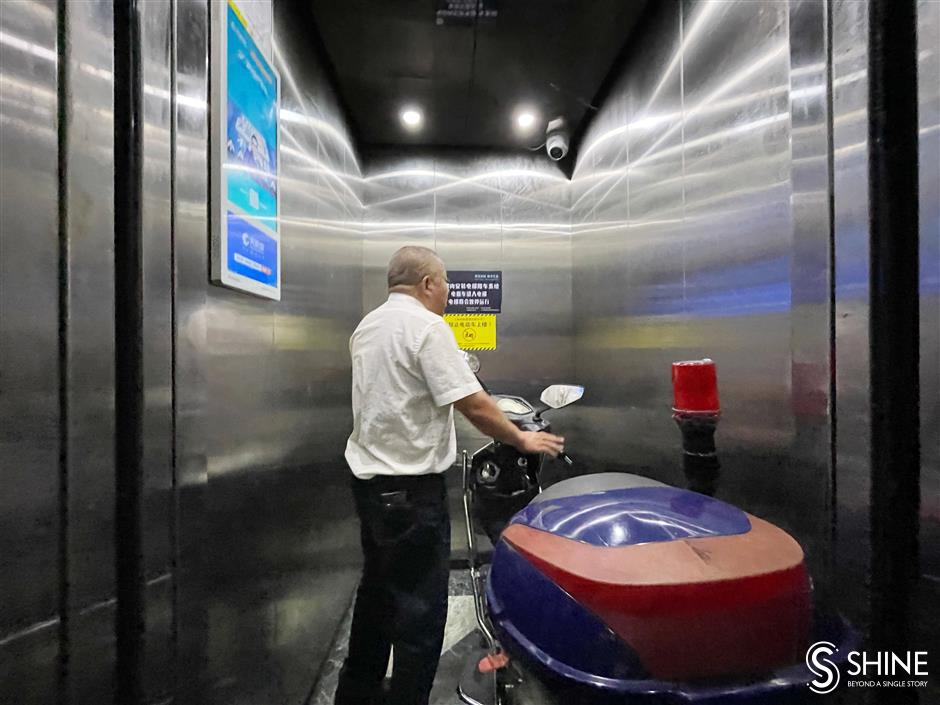 A sensor system will alarm property management staff if an electric vehicle is taken into an elevator, which is banned for safety reasons.

"Sensor systems have been installed to spot irregularities, which automatically alert property service providers and officials," said Zhu Liqiong, Party secretary of Aibo No. 4 residential complex in the subdistrict.

In Minhang District, 542 urban management workshops have been established at residential complexes, offering residents easy ways to seek help or tip off officials.

The district's urban management and law enforcement authorities' database has been connected with that of nine government departments, and coordination with neighborhood committees has been enhanced.

More than 1,400 cases involving violations at residential complexes have been uncovered in the district this year.