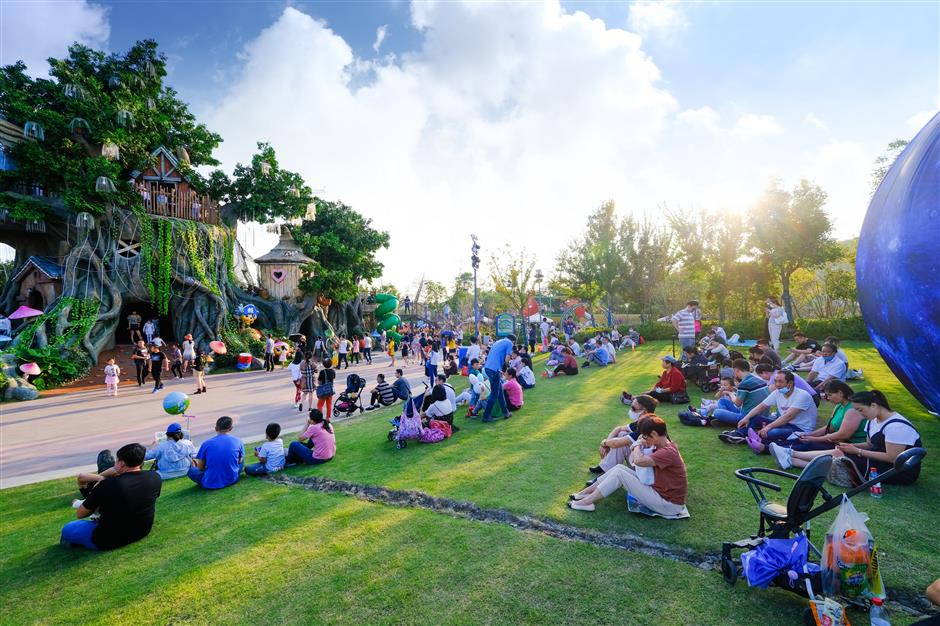 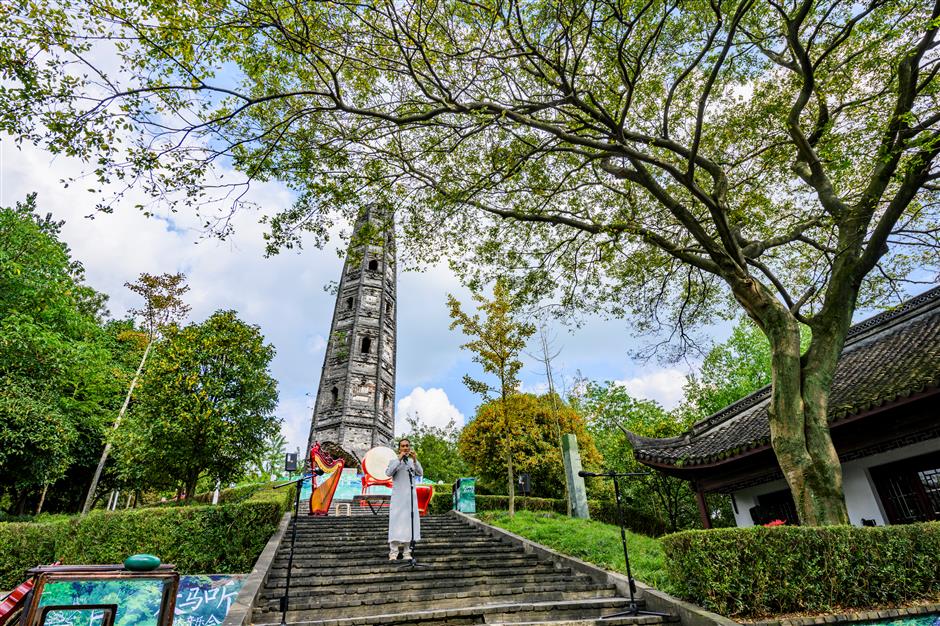 Huzhu Pagoda on Tianma Hill in Songjiang. Built during the Northern Song Dynasty (960-1127), the 18.82-meter-high, seven-story brick-and-wood pagoda has an eastward deviation of 2.28 meters as of 2015, tipping it at an angle of 7.1 degrees.

Thirty-four activities are being rolled out across Songjiang District through October 6, letting people explore the splendor of the district on foot and online as part of the ongoing Shanghai Tourism Festival, the district's cultural and tourism authorities revealed on Monday.

Also on the agenda are traditional Chinese opera performances at G60 High-Tech Corridor through October 12, a shikumen (stone-gated) painting exhibition at Guoji Art Gallery through October 10, a guochao, a trend steeped in Chinese tradition and culture, bazaar at Guangfulin Relics Park between October 1 and 7, and the monthlong Zuibaichi Park autumn culture and art festival kicking off on September 15. The Sheshan Forest Tourism Festival, featuring opera and forest concerts, will run from September 25 to October 6 at the Sheshan National Forest Park, while a farming culture festival is underway at Shihudang Town.

A triathlon and a health run will be held in Xiaokunshan Town on September 25 and October 23 respectively.

At a livestreaming event on Monday, Jin Dongyun, director of the Songjiang District Culture and Tourism Bureau, invited residents and tourists to experience the district's charm on foot. A tourism map of the district was released on Monday.