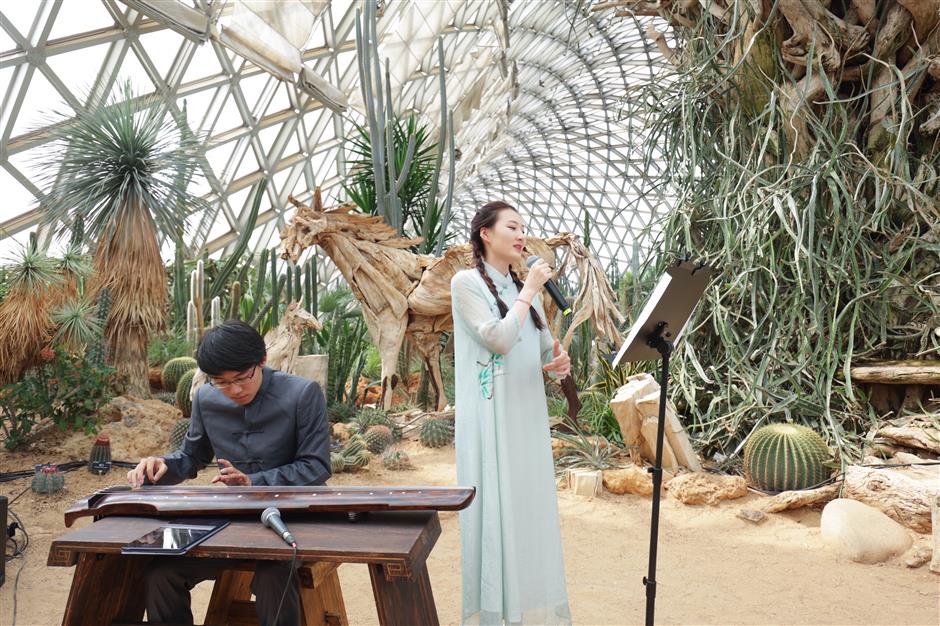 A music concert at Chenshan Botanical Garden during the three-day Mid-Autumn Festival holiday. 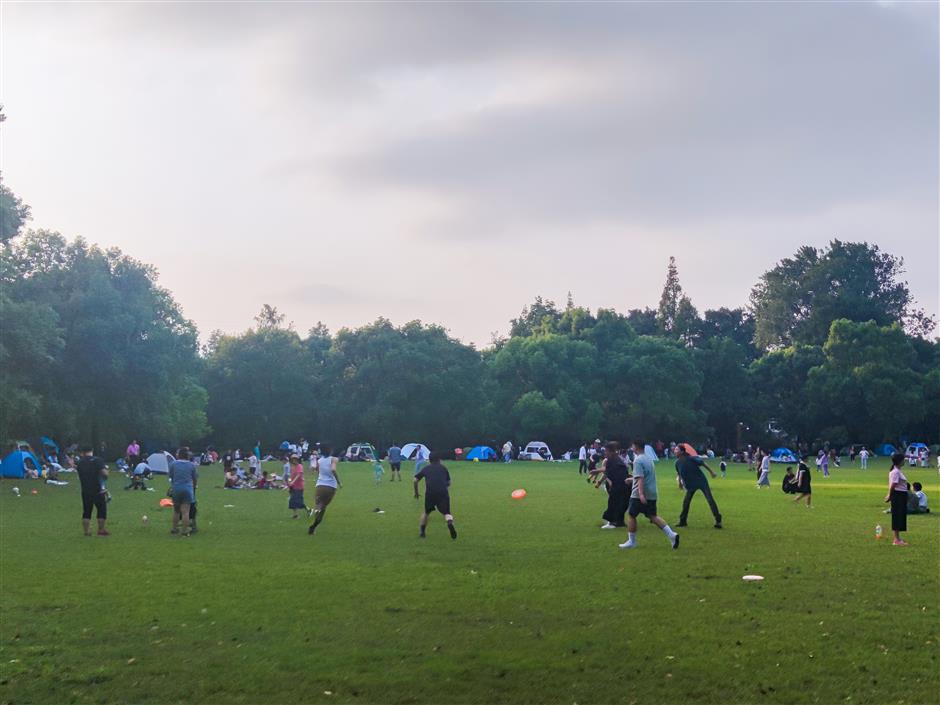 People enjoy nature at Gongqing Forest Park during the holiday. 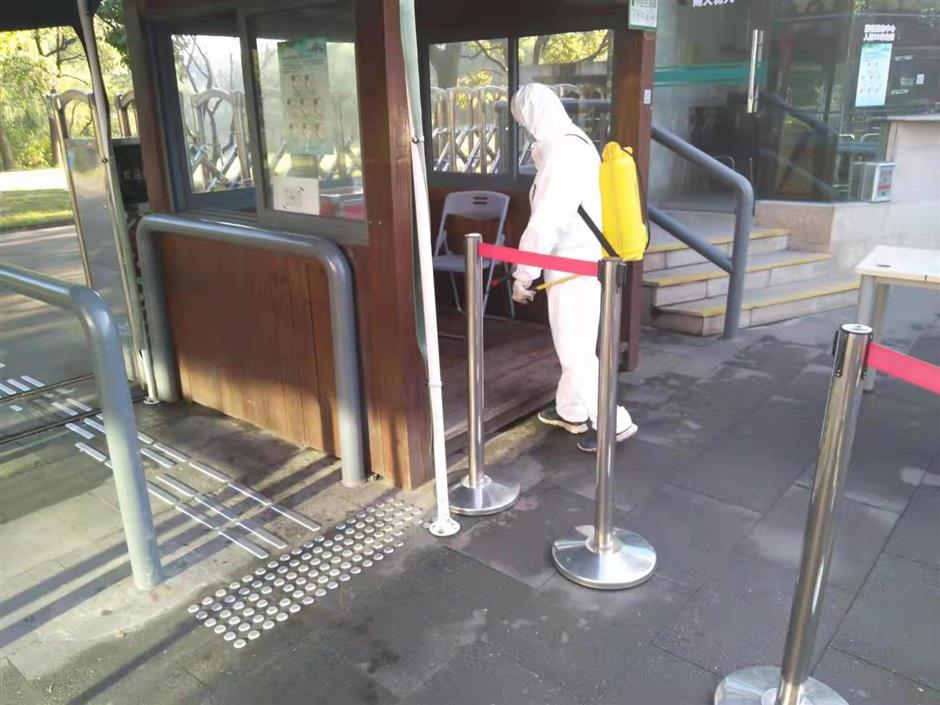 A worker disinfects the premises at Binjiang Forest Park.

Parks across the city recorded 1.85 million visits over the three days, according to the Shanghai Greenery and Public Sanitation Bureau

Among these, the city's countryside parks had nearly 110,200 visits.

The various activities held at local parks in tandem with the good weather and the staycation travel trend all boosted the number of park visitors, the bureau stated.

Shanghai Zoo received 56,482 visits over the three days in total, and Gongqing Forest Park had 122,000 between Sunday and Tuesday.

Traveling around was a popular holiday option, travel operators said on Tuesday.

Online travel review site Mafengwo said staycation travel was the main trend across the country amid the COVID-19 pandemic background.

Bookings for the newly opened Universal Beijing Resort accounted for 42 percent of all orders regarding amusement parks, with families with children also favoring zoos and museums. 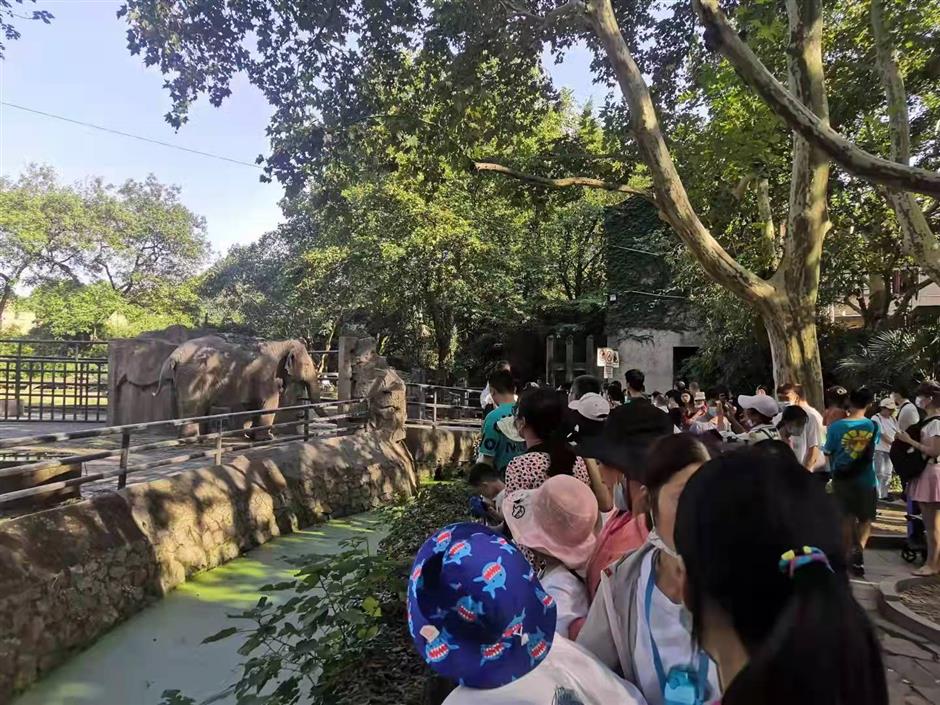 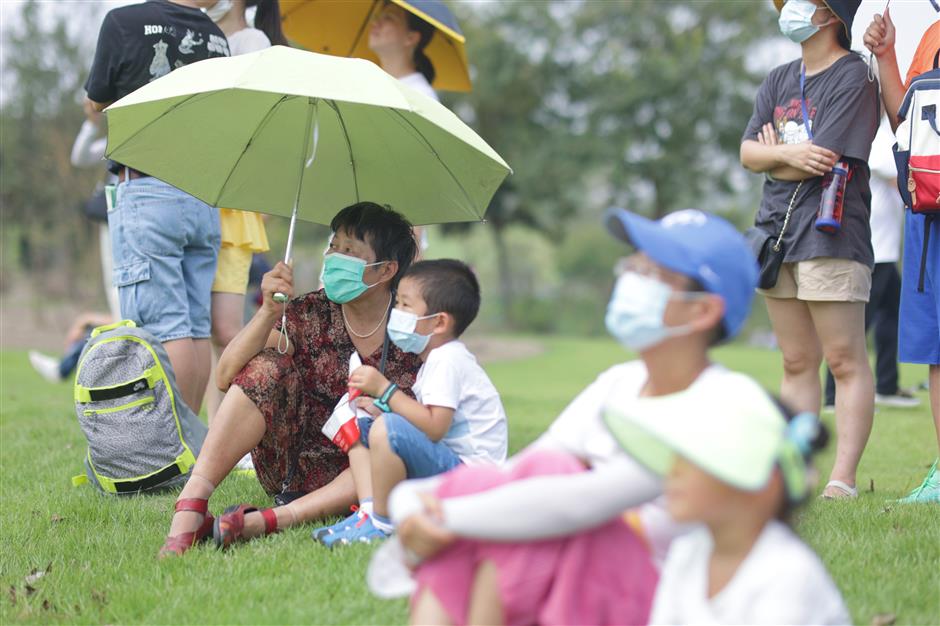 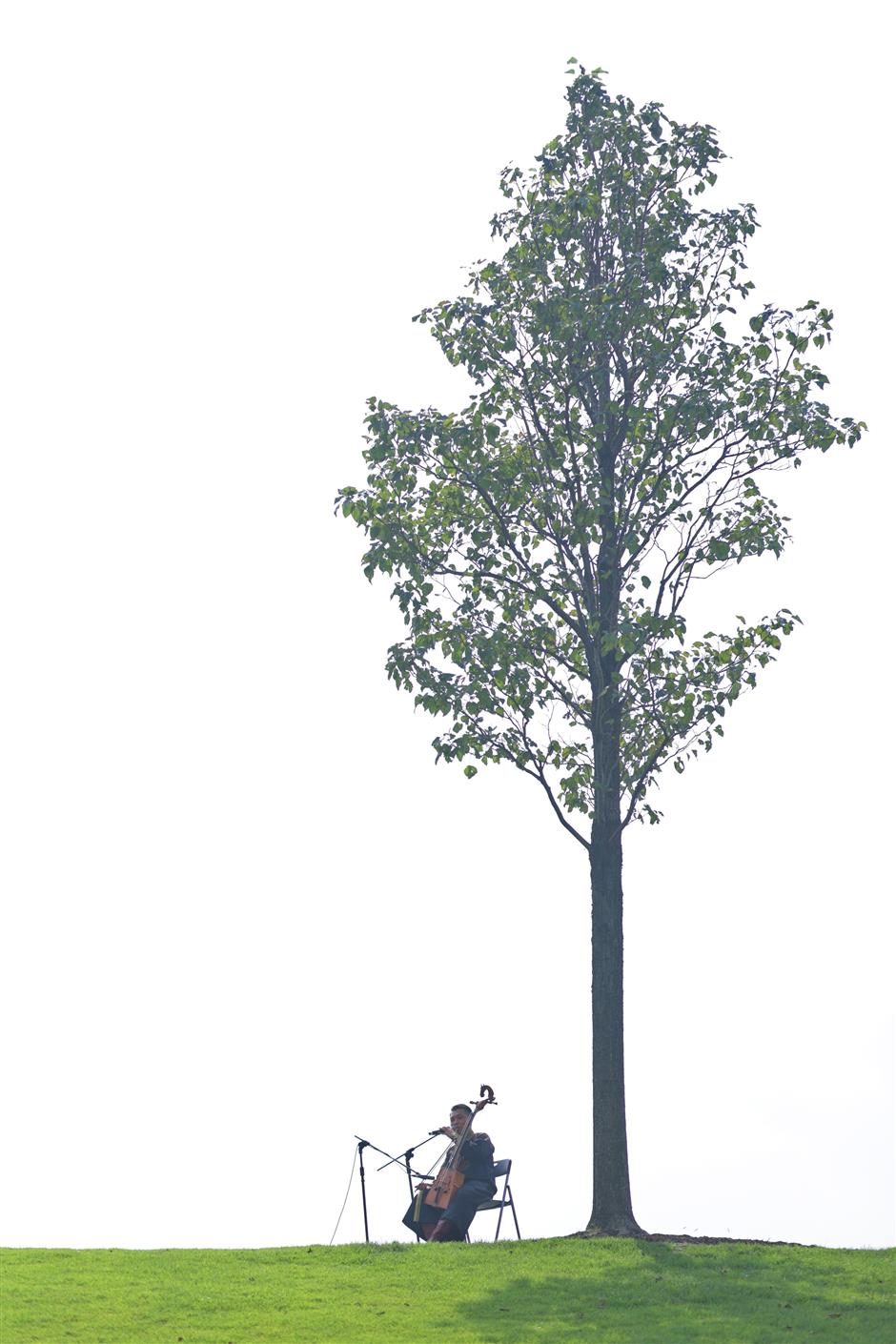 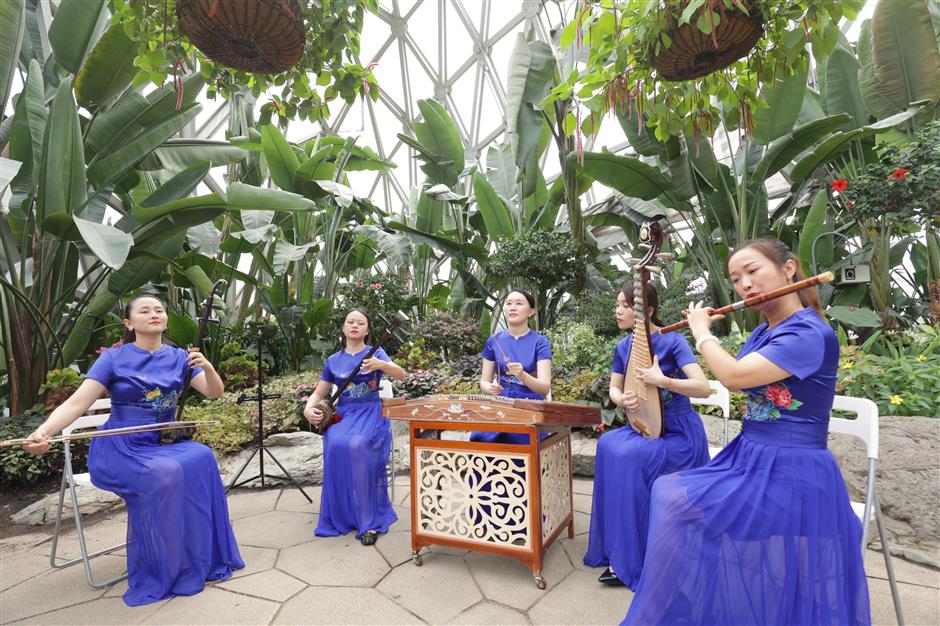 "The recent wave of COVID-19 outbreaks forced many tourists to cancel inter-provincial tour plans and instead replace them with destinations closer to home," said Shen Jiani, a tourism analyst.

Online travel operator Lvmama, also based in Shanghai, said destinations which can be reached within a three-hour drive were most favored during the holiday and families with children accounted for the majority of tourists.

There was a boom in amusement park tours spurred by the opening of Universal Beijing Resort on Monday, it added. 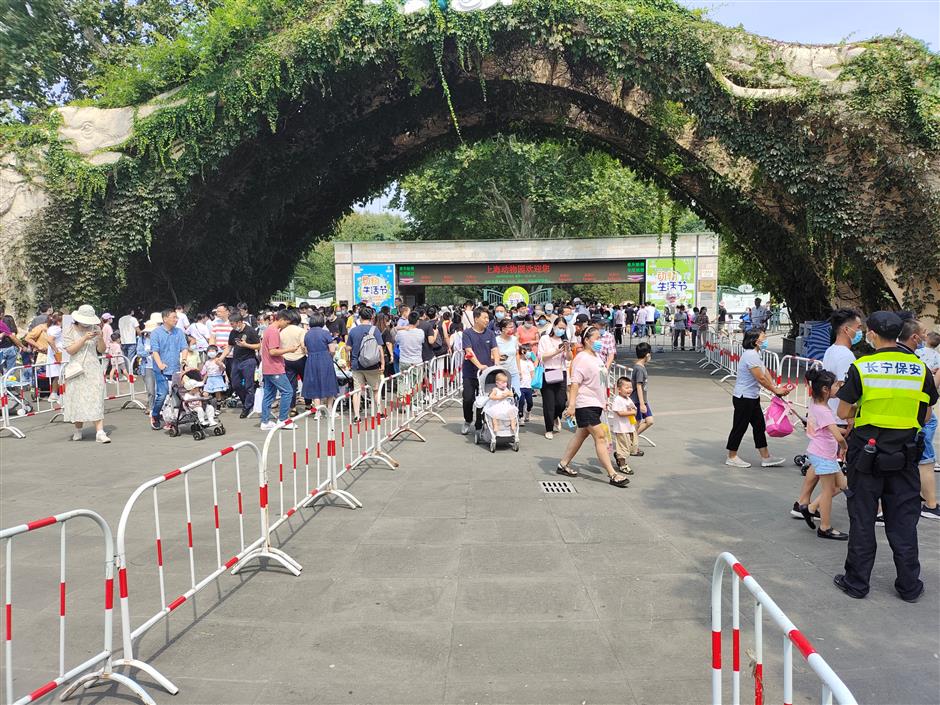 Shanghai Zoo welcoms a large number of visitors during the holiday. 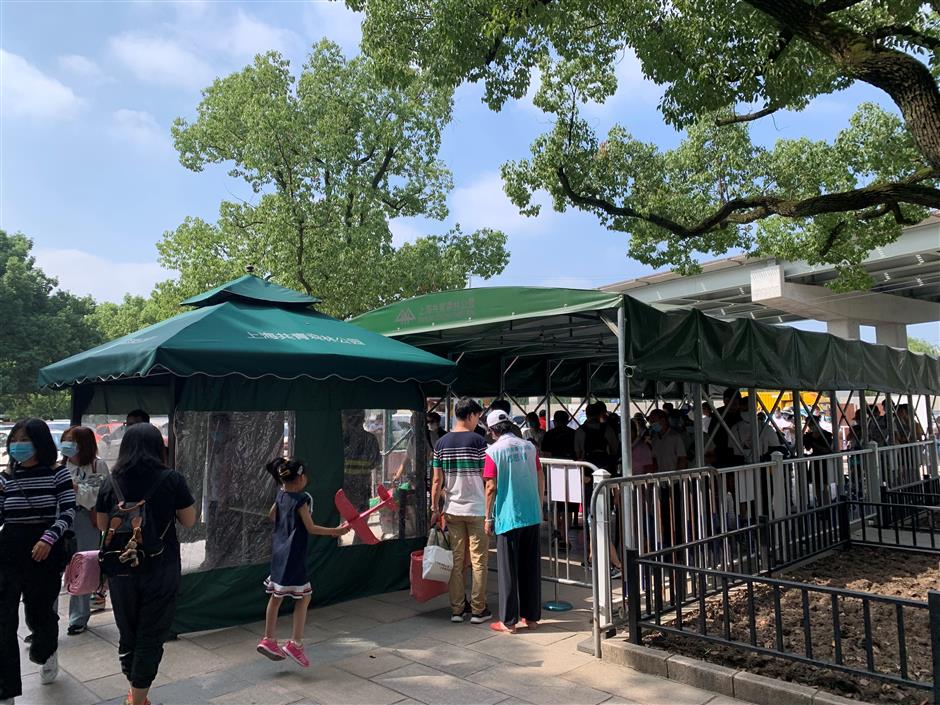