The number of railway trips recorded in the Yangtze River Delta region during the Mid-Autumn Festival holiday comprised one-fifth of the national total, the China Railway Shanghai Group said on Wednesday.

From September 18 to 20, an average of more than 1.9 million daily railway trips were recorded in the region, and a total of over 7.6 million passengers took train trips during that time period.

Among the passengers, over 2.26 million traveled on September 19, marking the first time since July 21 that the number of passengers in a single day exceeded 2 million.

Extra trains have been added to popular routes to ease traffic pressure during the holiday, including trains from Shanghai to Hangzhou, Hefei and Nanjing. 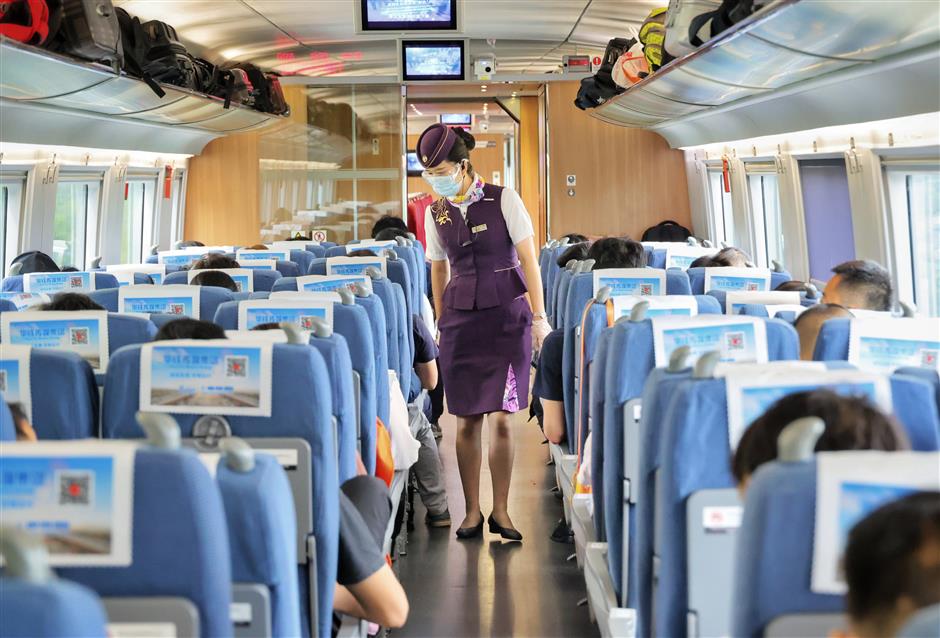 A conductor patrols the carriages of a high-speed railway train. 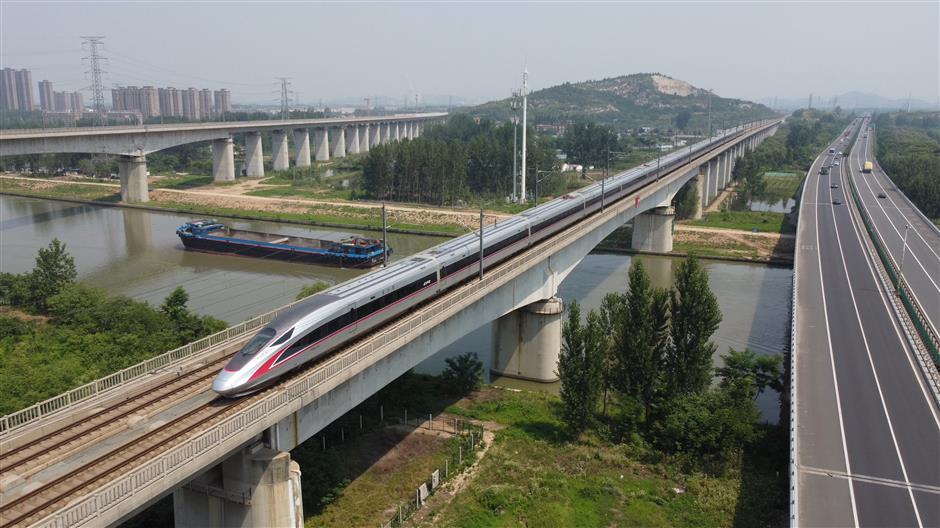