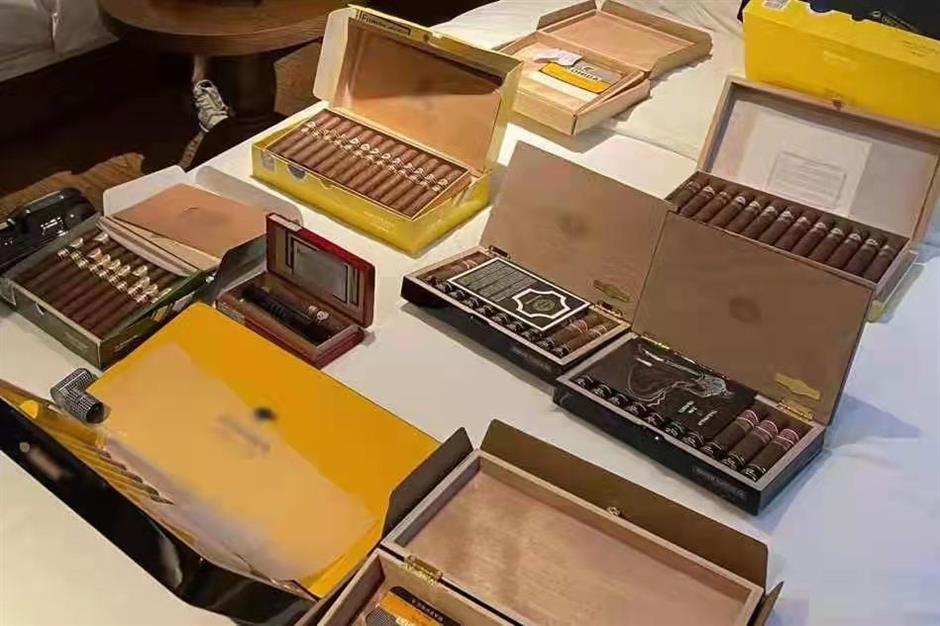 A cache of the seized cigars.

Ten suspects have been caught for allegedly smuggling foreign cigars and illegally selling them in China, Shanghai police said on Wednesday.

In a recent raid on the suspects, police seized more than 1,300 boxes of Habanos, Carlos Torano 1916 Cameroon and Fumar cigars which are estimated to be worth around 30 million yuan (US$4.6 million).

Police in Yangpu District started their investigation in May following tips that some people were selling cigars of renowned brands on the Internet at prices significantly lower than their market value and with no permit to sell tobacco products.

Through their investigation, police found that the cigars were purchased from overseas and smuggled into China.

The suspects were rounded up from Zhejiang and Fujian provinces as well as Shanghai recently.

They confessed that they started smuggling the cigars from April last year.